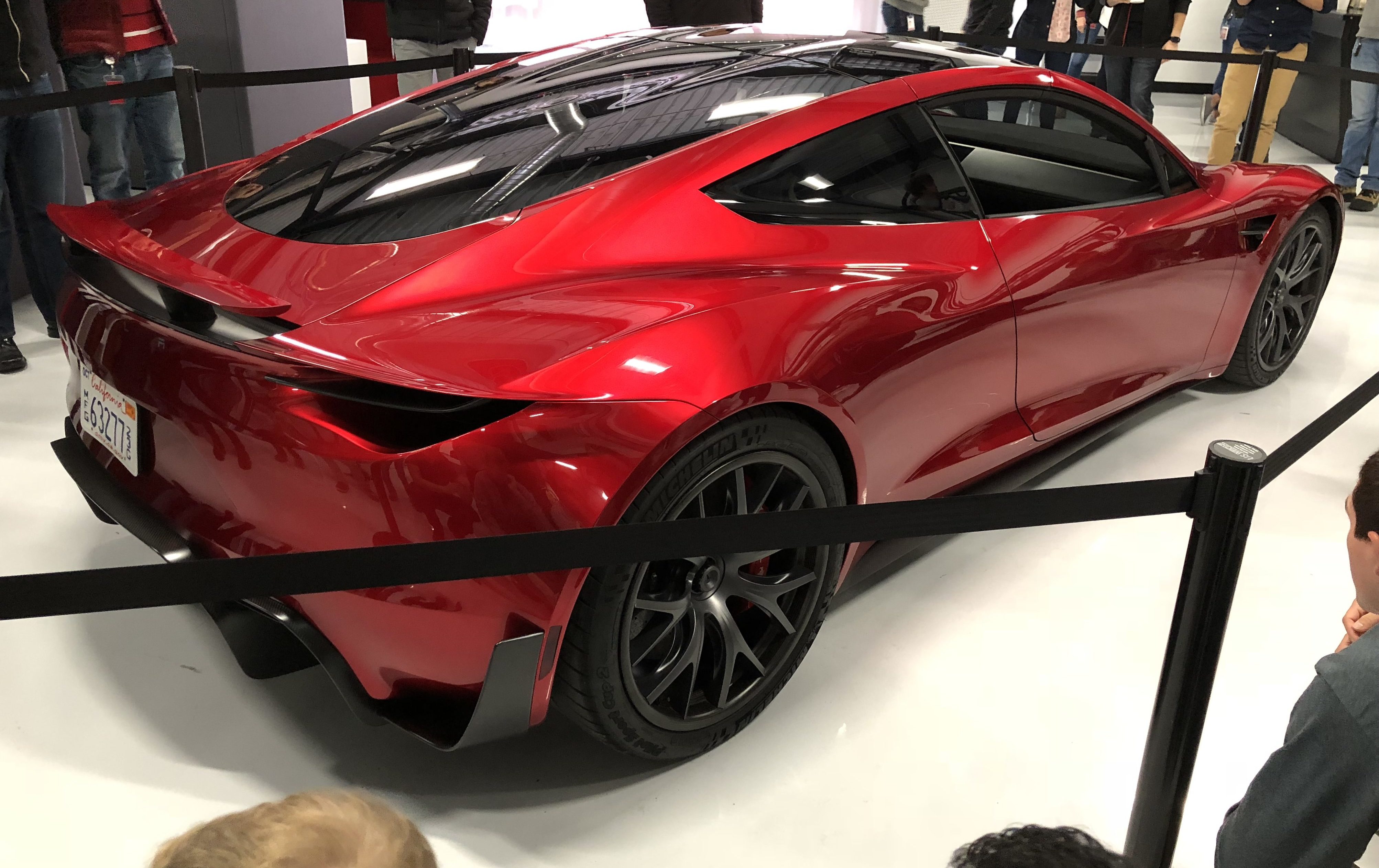 A Tesla enthusiast recently shared a series of fresh photos of the next-generation Roadster displayed at the company’s headquarters in Palo Alto, CA, providing the latest glimpse at the Elon Musk-led firm’s highly-anticipated, all-electric supercar.

Redditor Casey_S provided the forum community with a rare, intimate look at some of the next-generation Roadster’s details. Casey_S posted a series of snapshots of the “Maximum Plaid” sports car, including its unique steering wheel.

Another interesting tidbit about the recently displayed Roadster in the Palo Alto office was what appeared to be cameras mounted on the car’s side air vents. As noted by some members of the r/TeslaMotors subreddit, one of the images uploaded by Casey_S seemed to show a camera inside the vent area on the side of the electric sports car. Considering that Tesla’s Roadster prototype is not equipped with side mirrors, the cameras seen in the photos might be used as an alternative for the vehicle’s side mirrors, barring regulatory approval. 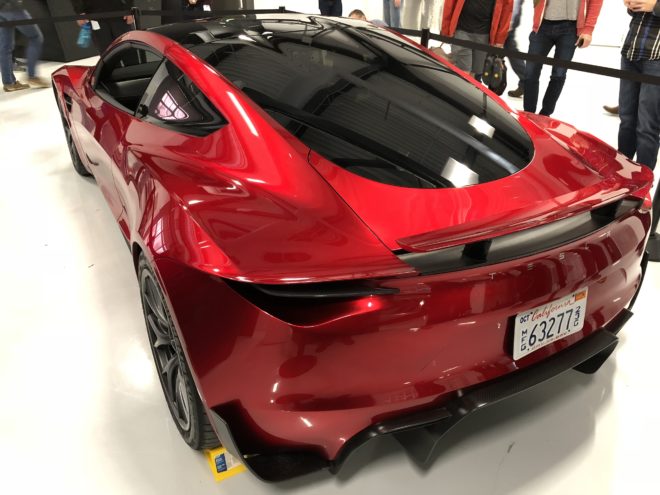 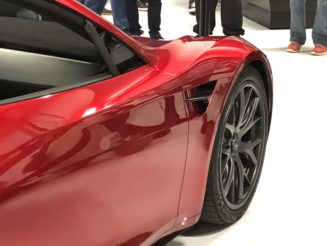 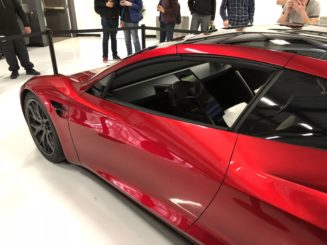 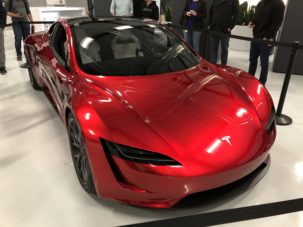 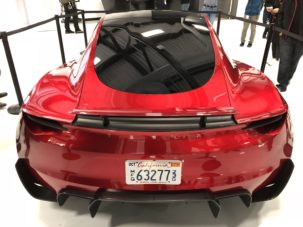 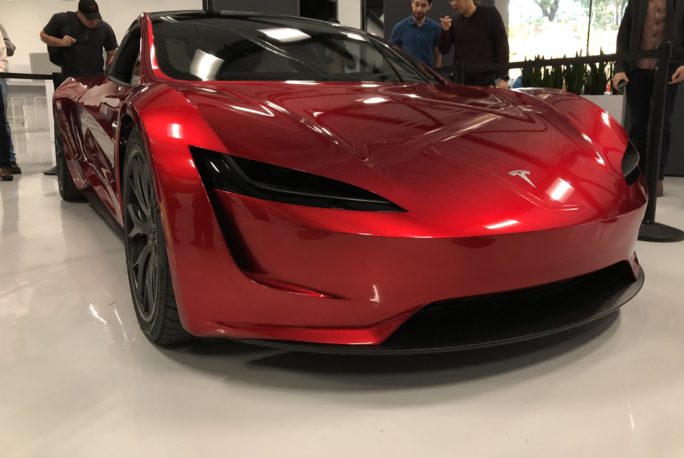 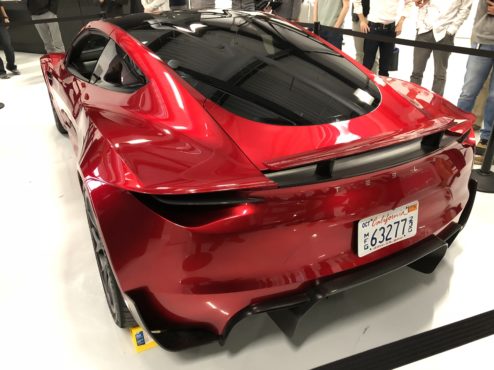 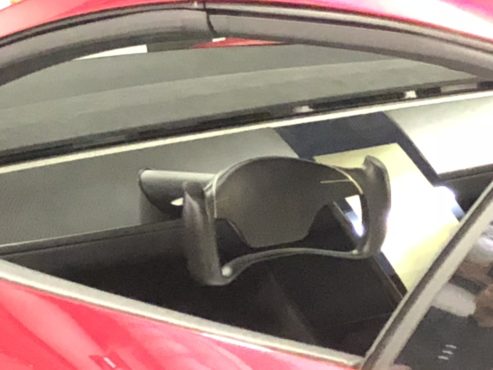 As we noted in a previous report, the next-generation Tesla Roadster features specs that are far beyond the standards set by Tesla’s flagship vehicles like the Model S P100D and the Model X P100D today. The electric sports car is capable of traveling 620 miles on a single charge, thanks to its massive 200 kWh battery pack, and designed to “give a hardcore smackdown to gasoline cars“.

According to CEO Elon Musk, the base model of the next-generation Roadster is capable of going from 0-60 mph in 1.9 seconds, and record a blistering quarter-mile time of 8.9 seconds, far beyond the times set by the Hypercar Trinity — the Porsche 918 Spyder, the McLaren P1, and the Ferrari LaFerrari. Considering that upgraded versions of the $250,000 electric supercar will be offered by the California-based firm when the vehicle enters production in 2020, the full capabilities of the next-generation Tesla Roadster is something that remains to be seen.

Should clarify that this is the base model performance. There will be a special option package that takes it to the next level. 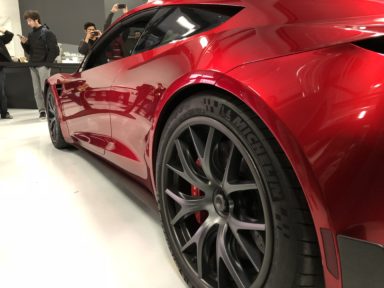 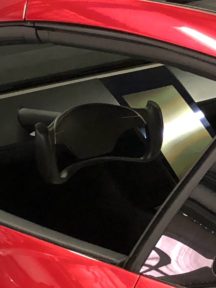 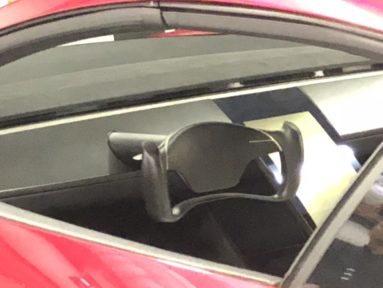 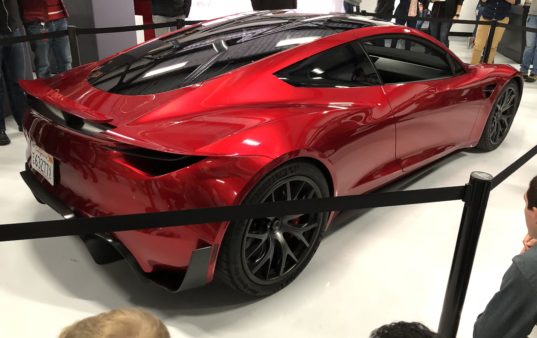 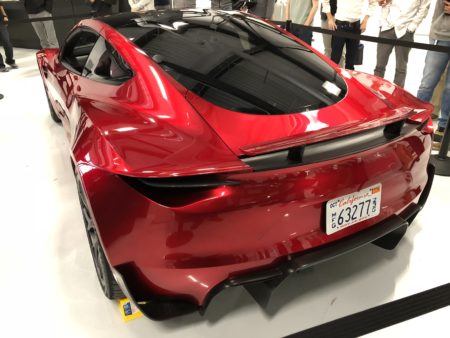