Tesla Model 3 reservation holders in Australia and New Zealand would soon be able to get up close and personal with the company’s newest electric car. The viewings in Australia are set to be held simultaneously next week at showrooms located in Sydney’s Central Business District, Melbourne’s Chadstone store, and Brisbane’s store in Fortitude Valley. Reservation holders in New Zealand, on the other hand, are set to experience the vehicle a bit earlier, as a Model 3 viewing is scheduled for Tesla’s Auckland store on Wednesday, August 15.

David Waterworth, a reservation holder from Australia, shared the invitation he received from Tesla. The short communication advised reservation holders to RSVP for the Model 3 viewing, and to expect some waiting time considering the possible turnout for the event. Screenshots of invitations shared with Teslarati reveal that the viewings would start at 9 a.m. and end at 5:30 p.m. in the Chadstone and Brisbane stores. 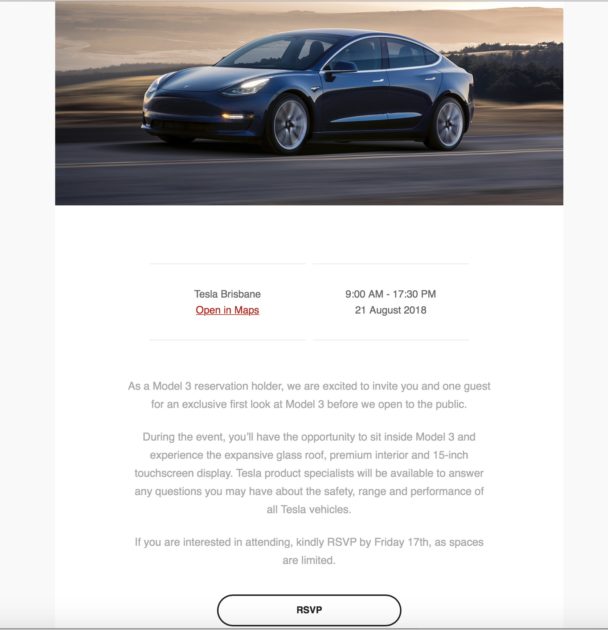 A screenshot of an invitation to a Model 3 viewing event in Australia. [Credit: David Waterworth] 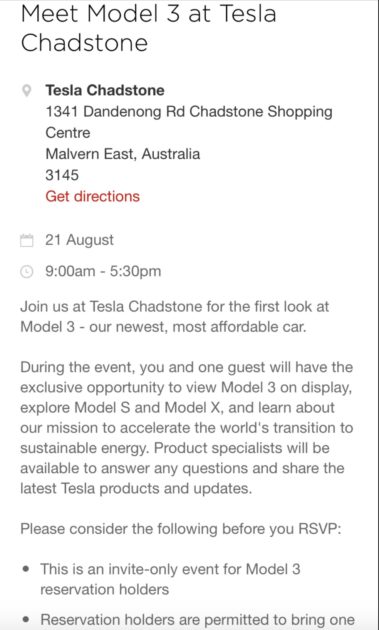 A screenshot of an invitation to a Model 3 viewing event in Australia. [Credit: Gerard] 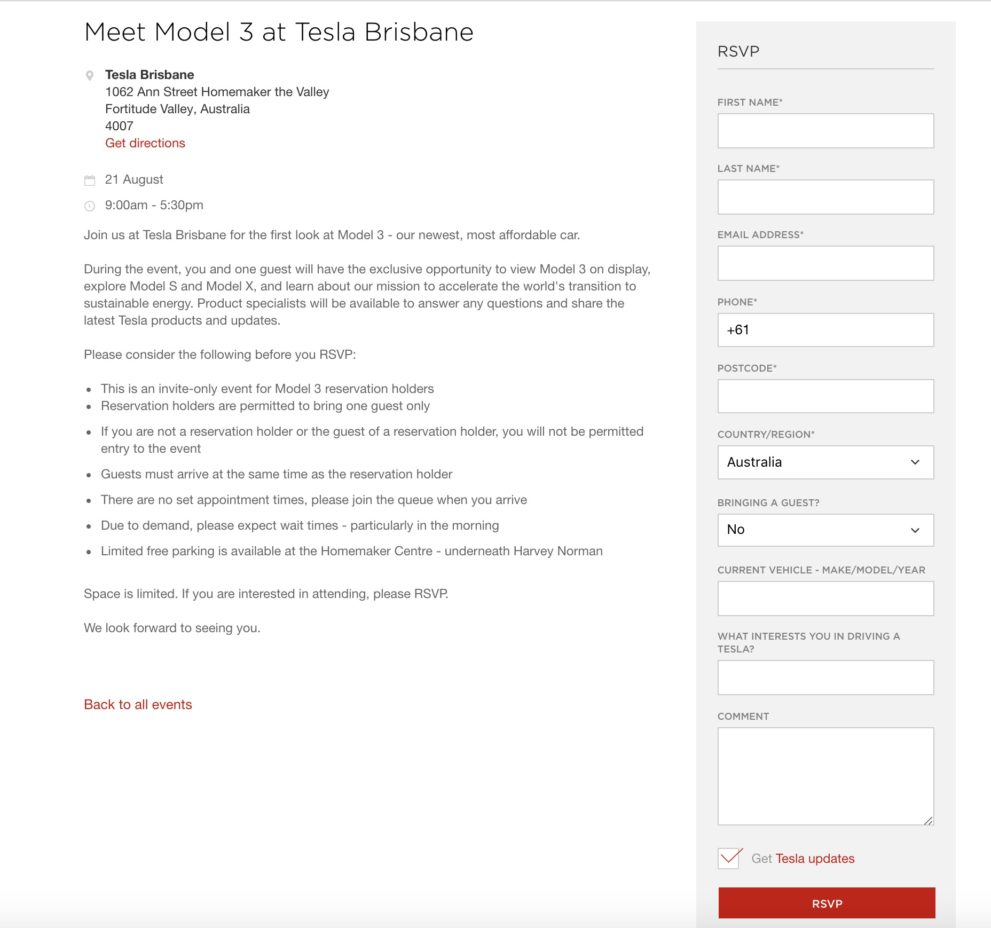 A screenshot of an invitation to a Model 3 viewing event in Australia. [Credit: David Waterworth]

Just like the viewings in the United States, attendees of the Model 3 event would be allowed to touch, sit, and interact with the electric car. Test drives will not be permitted. Members of the press would be given the opportunity to preview the electric car as well.

So far, Tesla has not released a tentative timeline as to when Model 3 reservation holders living in Australia and New Zealand would start receiving their vehicles.

Tesla’s Model 3 viewings in Australia and New Zealand bodes well for reservation holders of the electric car. Viewings of the Model 3 in the United States, which started in January at the company’s Los Angeles and Palo Alto, CA showrooms, all but signified the beginning of an increase in the deliveries of the electric car. Thus, starting viewings of the Model 3 in Australia and New Zealand could be yet another sign that Tesla is now looking beyond the United States with regards to the vehicle’s deliveries.

Tesla is seemingly hitting its stride with the production of the Model 3, manufacturing 5,000 of the electric cars per week during “multiple weeks” in July. This August, the Model 3 ramp appears to be continuing, as teased by the company registering an unprecedented 16,000 new Model 3 VINs in the span of seven days. The electric carmaker is aiming to steadily ramp the Model 3 over the next quarters, building up to 10,000 vehicles per week sometime next year.