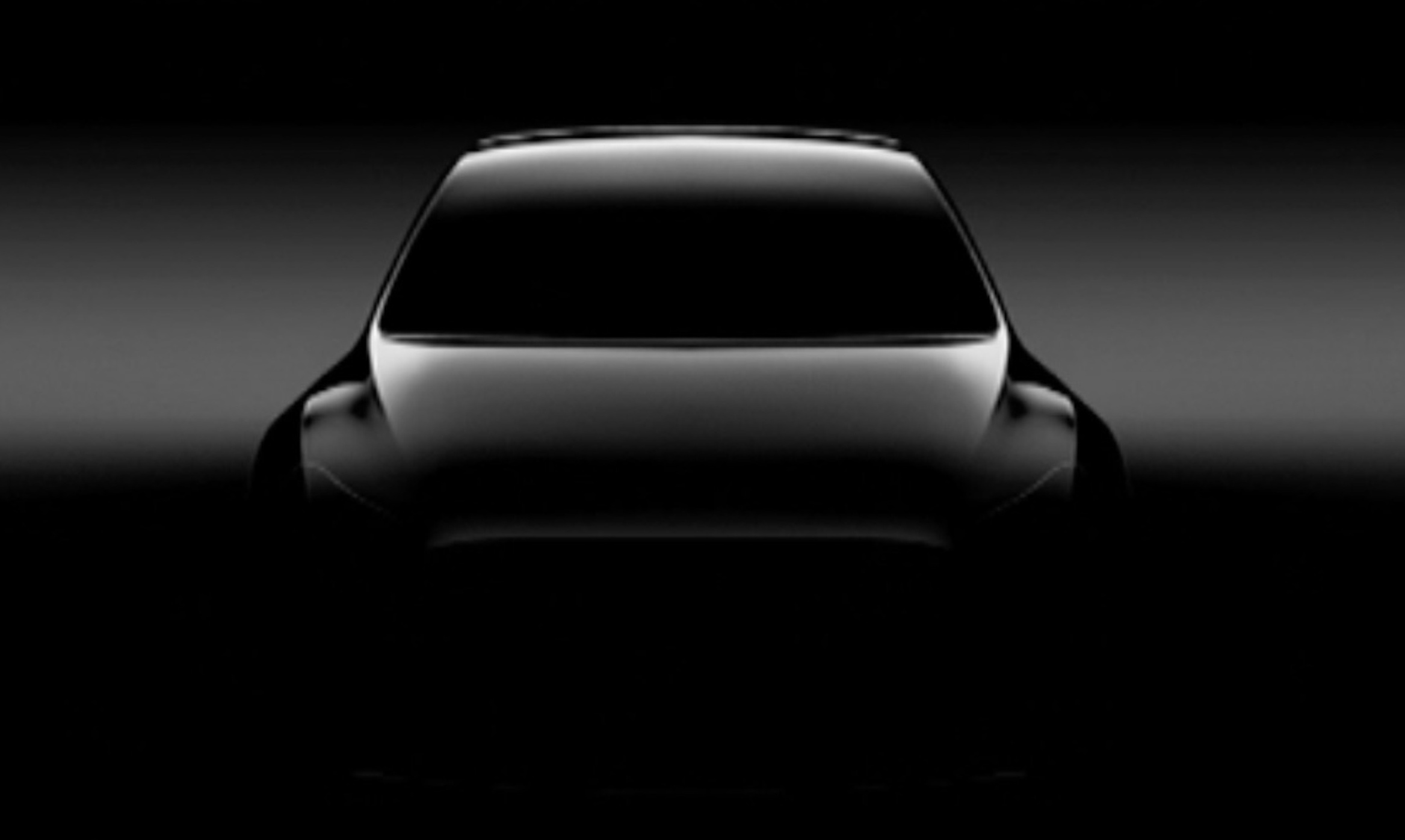 Elon Musk revealed the first teaser image and new information about the upcoming Tesla Model Y compact SUV during Tuesday’s 2017 Tesla Shareholder Meeting. Tesla initially planned to have the Model Y ride on the Model 3’s platform, but Musk confirmed in the Q&A segment of the shareholder meeting that Model Y will be riding on a completely new platform.

Musk believes that a newly engineered platform will allow the company to manufacture the car in a, “way that a car has never been built before,” from a dedicated factory for the production of Model Y. He also stated that he believes the Model Y’s demand will exceed the demand of Model 3, which is already sold out until the end of next year.

“There are a number of really major manufacturing improvements that can be done… The capital expenditures I think will be substantially less. I’m confident that we can drop the CapEx by a factor of 2 and accelerate its readiness despite its new technologies.” – Elon Musk at Shareholder Meeting.

Musk has previously indicated that the Model Y will have a new electrical system throughout the car, stating that 12V electronics would be removed in favor of next-generation electronics. Tesla’s flagship Model S and Model X have approximately 3 km of wiring within the vehicle, while the Model 3 will have roughly half of that at 1.5km of wiring. Model Y on the other hand will only have roughly 100m of wiring, a 95% reduction over Model 3.

Part of Tesla’s decision to build the Model Y on a new platform was driven from their experience building the Model X. “We made a mistake by trying to drive the Model X from the Model S platform,” Musk said at the meeting today. “We got over-confident,” Musk added, trying to emphasize their focus on the vehicle’s ability to be easily manufactured.

Musk also highlighted the fact that the Model X had “too many cool features”and in hindsight would have liked to roll out more advanced features over time.