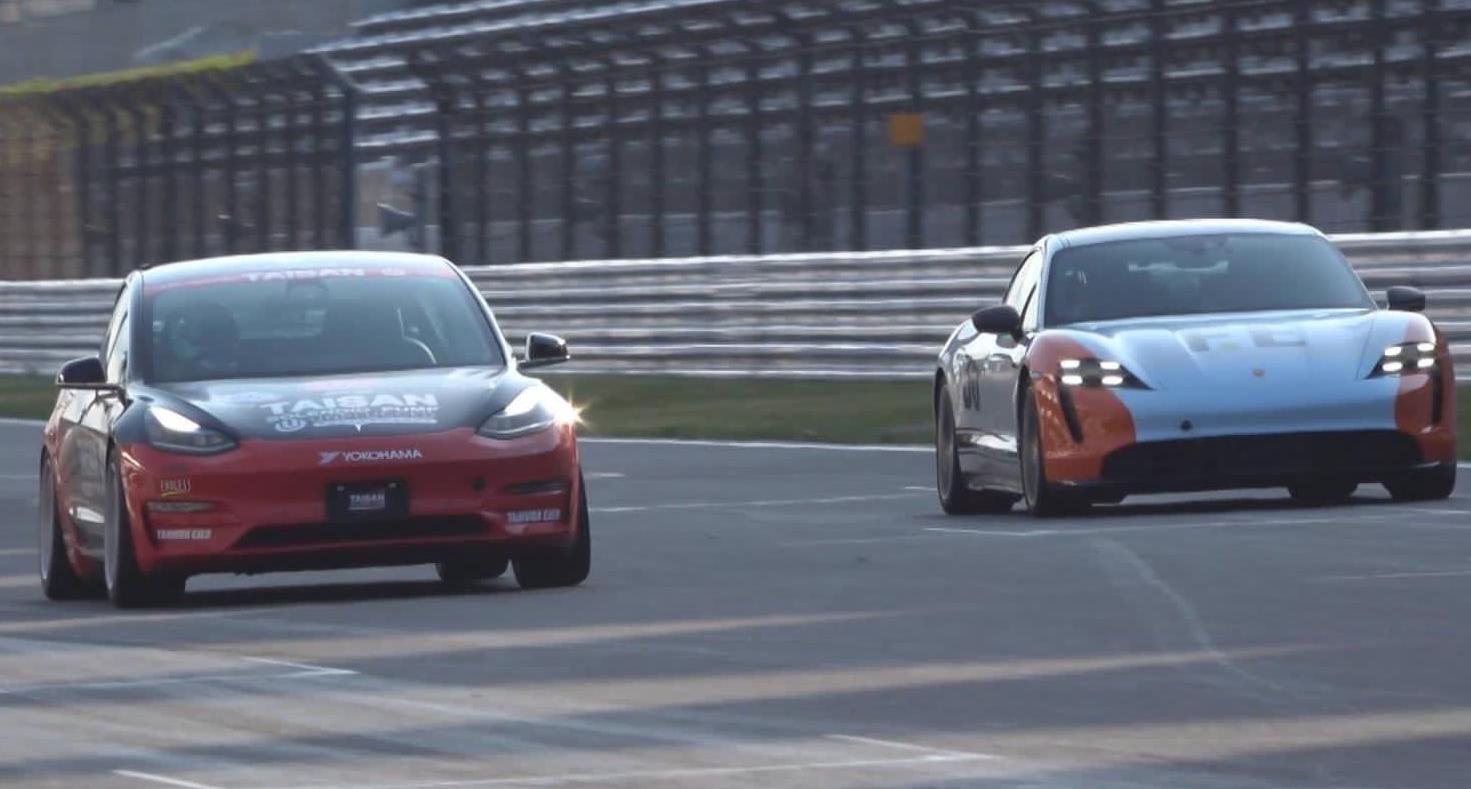 The Tesla Model 3 is starting to become a popular vehicle for track enthusiasts in Japan. In the recently held All Japan EV Grand Prix at the Fuji Speedway in Oyama, the event’s flagship EV-1 category featured five Model 3s from several different teams. But this time around, the event also hosted a new, formidable electric car—the 560 KW Porsche Taycan Turbo S.

The Porsche Taycan Turbo S is a powerhouse all-electric sports car that was bred on the cruel turns of the Nurburgring. As such, the organizers of the All-Japan EV Grand Prix were quite excited about the vehicle. The Taycan Turbo S was deployed by the GULF Racing Team, which also had a Model 3 in the race. Other Teslas in the event included a pair of modified Model 3s from Team Taisan, which were partially modified with parts from aftermarket EV company Unplugged Performance.

The exact modifications to the Porsche Taycan Turbo S from GULF Racing were not disclosed on the All Japan EV Grand Prix’s program, though racers who participated in the event noted that the German track monster was fitted with Hoosier R7 tires. And for all intents and purposes, the Taycan did perform very well, recording the fastest lap in the race at 1:55.885 and an average speed of 141.751 km/h (88.079 mph).

But surprisingly enough, the Porsche Taycan Turbo S did not take the overall win of the day. That honor went to one of Team Taisan’s partially modified Tesla Model 3s. Interestingly enough, Unplugged Performance CEO Ben Schaffer noted that Team Taisan’s Model 3 actually had fewer aerodynamic mods due to Japan’s race regulations. But despite this, the Model 3 came out as the overall winner in the All Japan EV Grand Prix’s EV-1 segment, with a total lap time of 24:29.801 and an average speed of 133.370 km/h (82.872 mph).

The fastest lap was set by Taycan at 1'54.882, but slowed down at the end of the 5th lap. Taycan drove the Nurburgring distance in 5 laps at Fuji. pic.twitter.com/9tWgfl62T0

Particularly interesting is that the Tesla Model 3s practically dominated the event. Following Team Taisan’s partially modified Model 3 were three other Teslas, all of which performed very well. The Porsche Taycan Turbo S came in 5th place with a total lap time of 25:30.408 and an average speed of 128.088 km/h (79.590 mph), about one minute behind Team Taisan’s Model 3.

The Model 3 may be Tesla’s entry-level car, but the midsize sedan has a lot of bite. And thanks to its track capability, it is arguably the most fun vehicle to drive among Tesla’s existing lineup. That is, at least, until Tesla releases the Model S Plaid and Model S Plaid+, both of which were also tested in the unforgiving turns of the Nurburgring.

Check out the All Japan EV Grand Prix’s program in the video below.