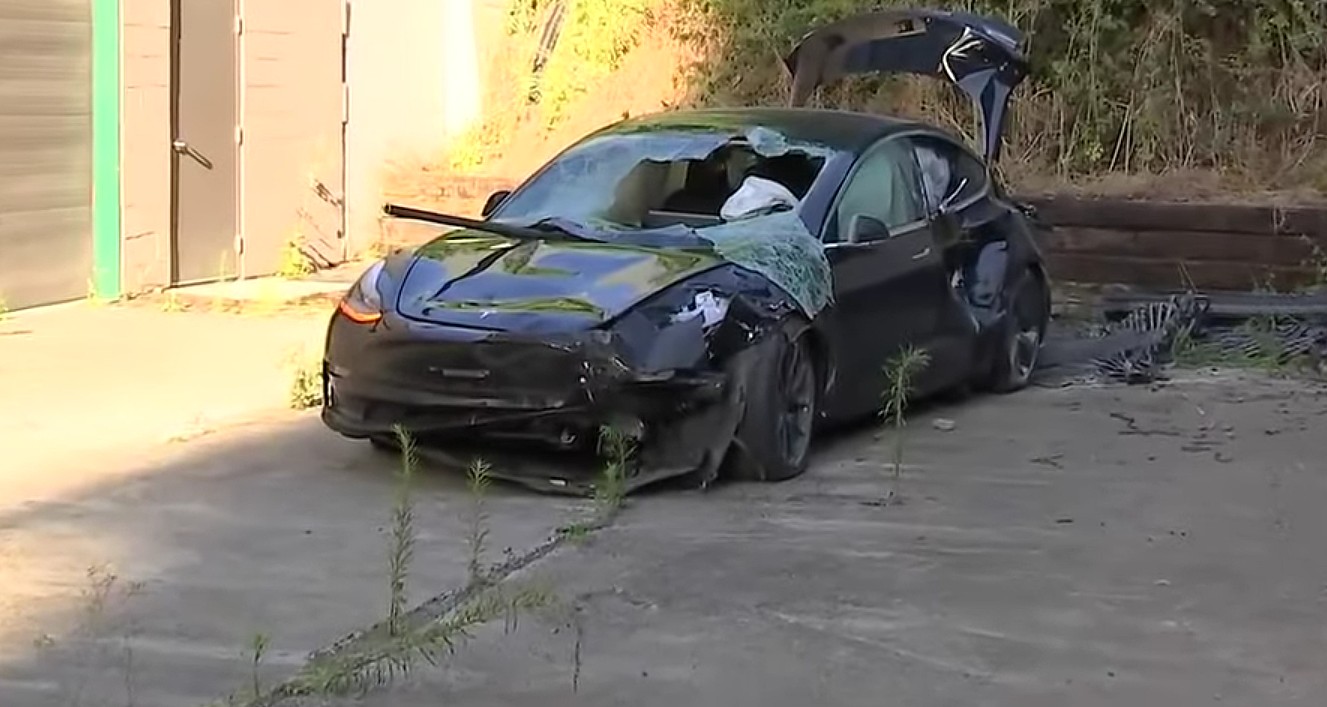 A Tesla driver was recently involved in a frightening accident that resulted in a Model 3 falling down a 40-foot embankment and crashing into an empty playground. The vehicle was totaled as a result of the crash, but remarkably, the driver of the Model 3 was able to walk away from the accident unharmed.

Police that responded to the incident told Fox 12 Oregon that the Tesla driver had suffered from a medical-related incident, possibly a seizure, as he was driving on Southwest Macadam Avenue at around 6:20 a.m. on Monday. This resulted in the Model 3 falling into the play area of Health Starts Children Center, which was thankfully empty at the time of the accident.

Witnesses who saw the crash noted that several people immediately went over to check on the Tesla driver. Remarkably, the driver was unharmed, and he was able to walk away from the totaled vehicle. Benjamin Lopez, who works nearby, described the events that followed the crash. “It was like eight to 10 people helping him out. He came out of the car like nothing happened, but he was shaking,” he said.

A small fire did break out as crews from a towing company attempted to move the totaled Model 3. The fire was quickly extinguished without any problems.

The Model 3 is one of, if not the safest vehicle on the road today. Apart from earning a flawless 5-Star rating from the NHTSA, the all-electric sedan also earned a perfect score from the European New Car Assessment Program (Euro NCAP), which is currently adopting a stricter set of standards for its safety tests.

The Tesla Model 3 gained a 5-Star rating in all four categories of the Euro NCAP’s safety tests: Adult Occupant Protection, which tests how the vehicle protects its driver and passenger; Child Occupant Protection, which gauges the protection of younger occupants; Vulnerable Road Users, which tests a vehicle’s safety features for cyclists and pedestrians; and Safety Assist, which evaluates a car’s active safety capabilities.

Watch Fox 12 Oregon’s segment on the Model 3 crash in the video below.