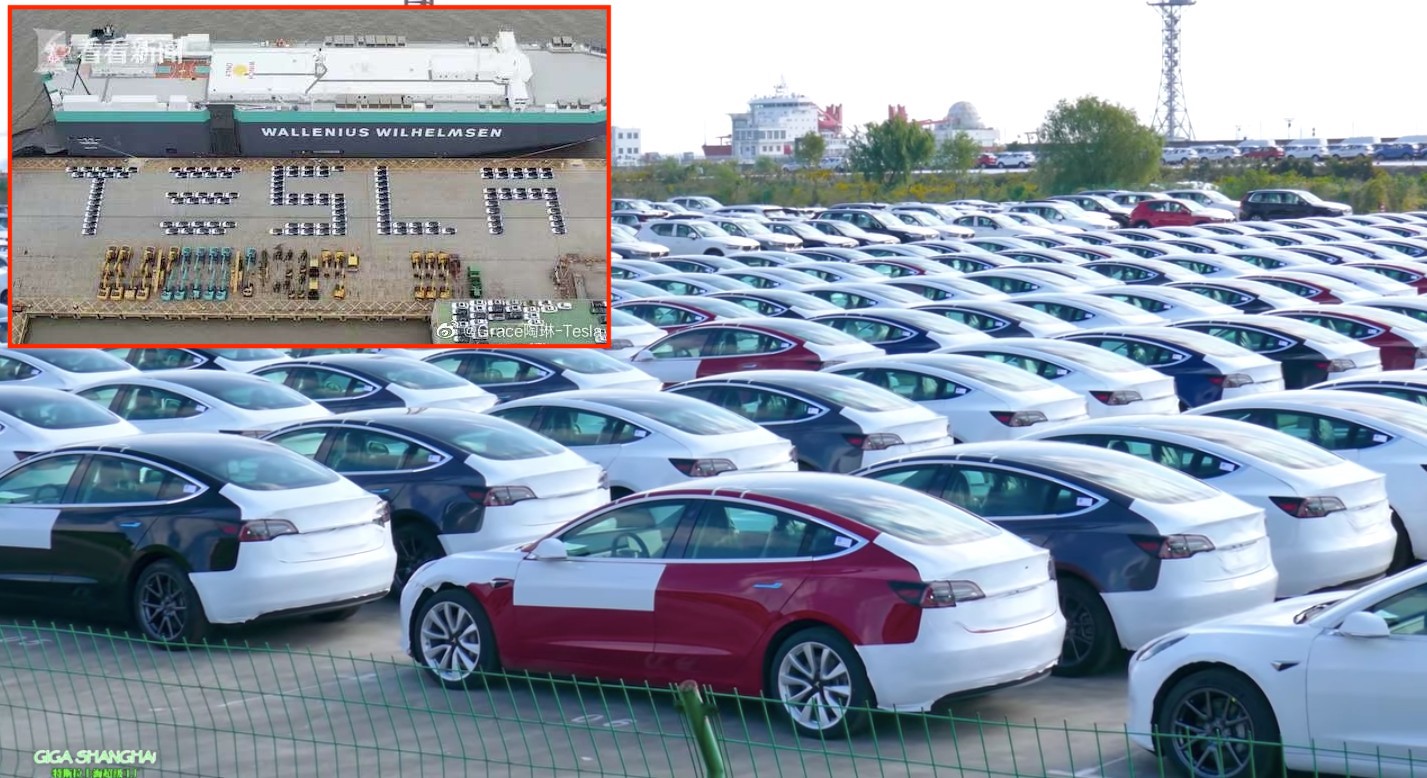 Reports from local media indicate that the first batch of around 7,000 Made-in-China Tesla Model 3 will be starting their journey to Europe tomorrow. To commemorate the occasion, Tesla China held a ceremony for the all-electric sedans first batch of exports at Gigafactory Shanghai. The vehicles waiting to board the ship to Europe were photographed spelling out the word “Tesla” on the port, hinting at the optimism surrounding the China-made Model 3’s potential in the region.

Images of the ceremony in Gigafactory Shanghai were shared on social media platform Weibo by Tesla executive Grace Tao, who was in attendance together with other high-profile individuals like Executive Deputy Mayor of Shanghai Chen Yin, Deputy Secretary-General of Shanghai Municipal Government Zhu Zhisong, and Executive Deputy Director of Lingang New Area Management Committee Zhu Xiaotong.

During the event, it was announced that the Made-in-China Model 3 had passed all the certification requirements for entering the European market, allowing the vehicles to be sold in the region. As noted in a report from local news agency People’s Daily, this showed that Tesla China’s carmaking capabilities are now recognized to such a degree that it could stand toe-to-toe with the best in the industry. After all, the European market has high standards and requirements, all of which are met by Gigafactory Shanghai’s vehicles.

The Model 3 that are being exported to Europe are with the company’s lithium-iron-phosphate (LFP) batteries, which are cheaper to produce and contain no cobalt. Reports also note that the vehicles are increasingly being built with local parts, allowing Tesla to support more of the domestic economy. Interestingly enough, Tesla China’s Model 3 Standard Range Plus is now more affordable than its US-made counterpart, thanks in part to its LFP batteries.

A source from Tesla, speaking to People’s Daily, noted that the export plans of the electric car maker would be expanding over the next few months. The publication also noted that Gigafactory Shanghai would be capable of producing enough vehicles to cater to the needs of both the domestic and the international market.

Watch a recent flyover of the Gigafactory Shanghai site in the video below.