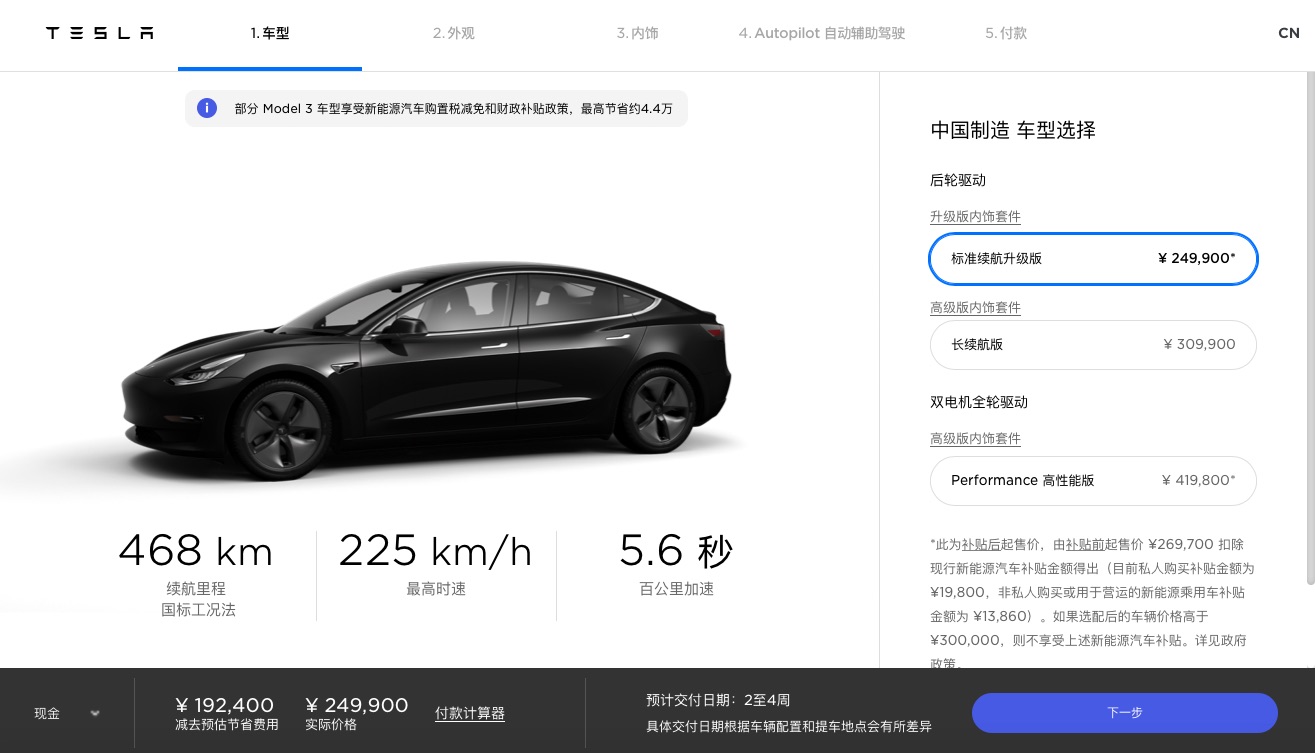 Tesla seems determined to start the fourth quarter strong in China, with the electric car maker rolling out price adjustments for the Model 3 on October 1. With these changes, the Model 3 Standard Range Plus produced in Gigafactory Shanghai has now become more affordable than its Fremont-made counterpart. And it comes with longer range too.

The updates to Tesla China’s Model 3 pricing were rolled out amidst reports that the company is about to start equipping the Standard Range Plus variant of the all-electric sedan with cobalt-free lithium iron phosphate (LFP) batteries. LFP batteries, while not as energy-dense as the nickel-manganese-cobalt (NMC) cells used by the company, are lower-cost and cobalt-free. In true Tesla fashion, it appears that the electric car maker has now passed over these cost savings to consumers.

With their updated pricing, the Tesla Model 3 Standard Range Plus from Gigafactory Shanghai could now be purchased for CN¥249,900 (about $36,800). That’s about CN¥21,650 less than its previous price. This effectively makes the vehicle more affordable than its American-made, NMC battery-equipped counterpart from the Fremont Factory, which starts at $37,990. China’s Model 3 Long Range RWD also received a price cut with the most recent update, with the vehicle now starting at CY¥309,900 (about $45,600). That’s CN¥34,150 less than its previous price.

What is rather interesting is that Tesla has also updated the range of the China-made Model 3 Standard Range Plus. Previously, the vehicle was listed with a range of 445 km (about 276 miles) under the NEDC cycle, and following today’s price adjustment, the entry-level Model 3 is now listed with an NEDC range of 468 km (about 290 miles). This is despite the vehicle using LPF batteries, which are less energy-dense than the NMC cells utilized by the company.

With such changes rolled out, it would not be surprising if the Model 3 from China ends up seeing much more demand than before. Even with its previous pricing, after all, the Made-in-China Model 3 was already one of the country’s best-selling electric cars. The Standard Range Plus Model 3’s lower price point could effectively bring the vehicle within reach of more buyers, which, of course, could benefit the company’s numbers this fourth quarter.

What is rather exciting is the fact that Gigafactory Shanghai is still ramping its operations. The Phase 2 zone, which hosts the Model Y production area, is yet to start its vehicle production activities. Elon Musk has remarked that Tesla China could produce about 1 million vehicles per year. This hints that Gigafactory Shanghai still has a lot of room to grow, especially with regards to its production of the Model 3.