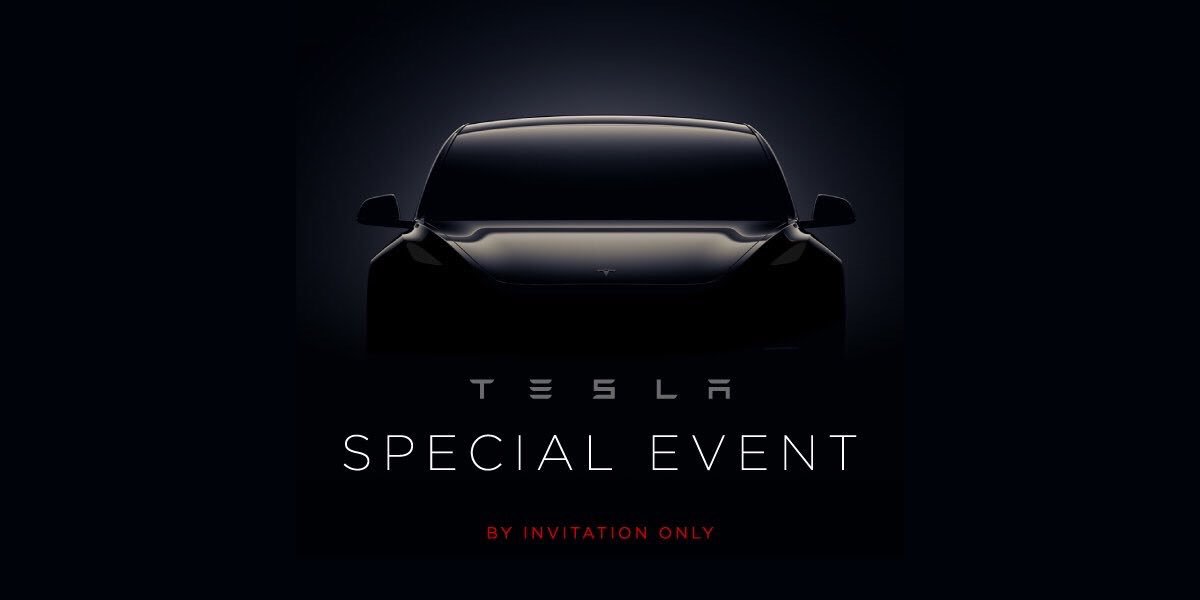 Tesla seems to have reached a point in the Model 3 production that it is now confident enough to start promoting the vehicle to other regions. Just a couple of weeks after bringing the car to Australia and New Zealand, Tesla seems poised to showcase the electric sedan in Hong Kong.

Invitations for the Hong Kong event were recently shared online. The Model 3 was not explicitly mentioned by the company in its communication, though the vehicle’s unmistakable outline could be recognized in the invite. The company’s email to the Tesla community in HK reveals that the “Tesla Hong Kong Special Event” will run until August 31, and would include four sessions, at 12 p.m., 3 p.m., 5 p.m., and 7 p.m. The special event would be held at Tesla The Pulse or TML.

The communication from Tesla indicates that attendees would have to RSVP. A product introduction would be conducted, followed by test drive sessions in the Model S and Model X. Following is a screenshot of the email the company sent out to the Tesla community in Hong Kong. 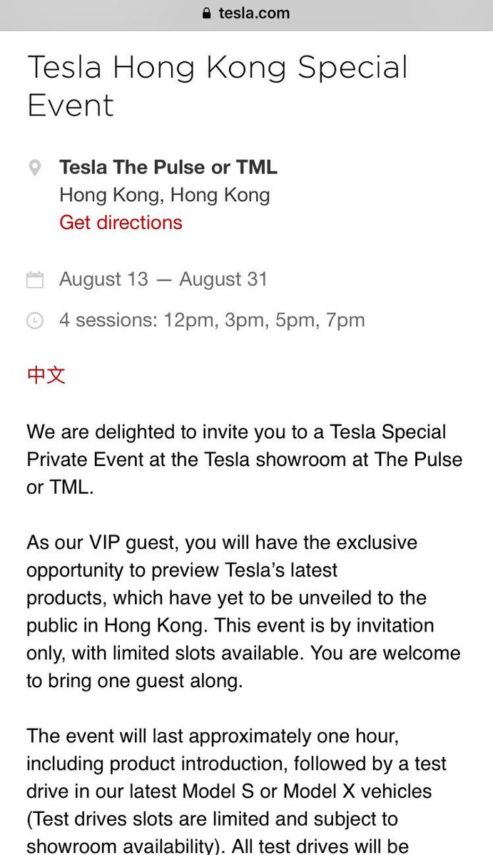 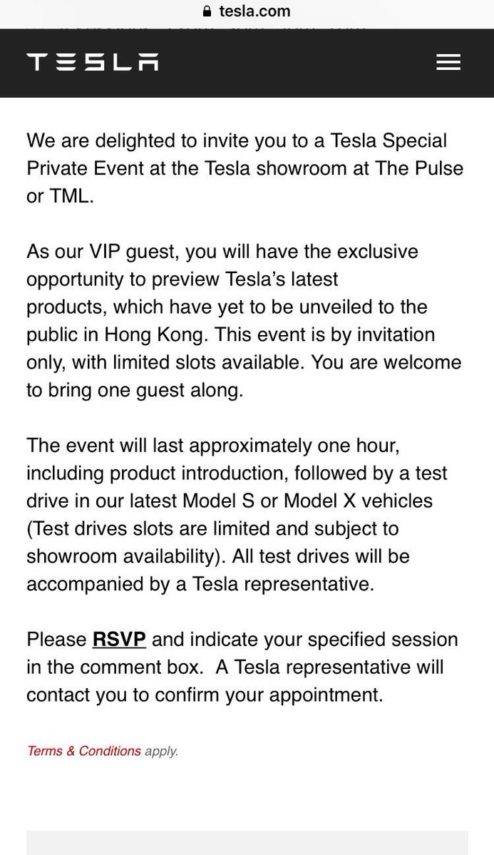 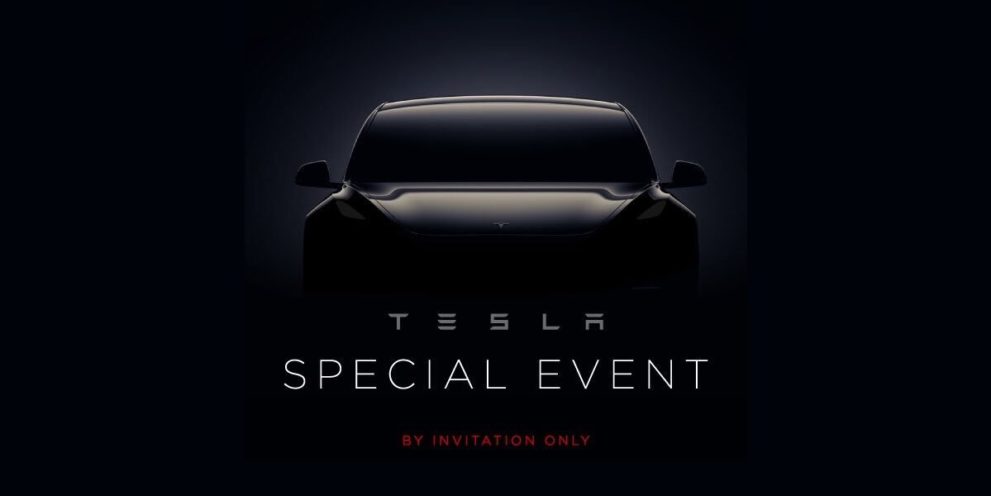 It is now more than a year into the production of the Model 3, and Elon Musk’s self-imposed “production hell” appears to be nearing its end. Tesla is expected to produce and deliver record numbers of Model 3 this third quarter. Nomura Instinet analyst Romit Shah recently noted that the electric car maker could produce as much as 65,000-70,000 Model 3 this quarter, especially since Tesla appears to have breached the 6,000/week mark this August.

While Tesla appears to be preparing to showcase the Model 3 to Hong Kong, rival General Motors is running into problems with its EV push in China. GM is aiming to compete in the hyper-competitive EV sector in the country, and it has selected its plug-in hybrid Buick Velite 6 — a local variant of the Volt — as one of its key vehicles. An all-electric car is also planned for next year.

Unfortunately for GM, its EV initiative has hit a roadblock after it found that the battery packs supplied by A123 Systems, one of its suppliers, are not up to par in terms of performance and safety standards. A123 Systems is a Livonia, Michigan company that was bought out of bankruptcy by Chinese auto parts giant Wanxiang Group Corp. in 2013. The company operates a battery factory in the city of Hangzhou to supply packs for the Chinese market.

In a statement to the Wall Street Journal, Thomas Barrera, president of LIB-X Consulting, a battery consultancy based in Long Beach, CA, noted that there are risks to some of the inexpensive battery solutions being produced in the Asian country.

“There are concerns with the quality of Chinese-manufactured cells and batteries. Chinese cells are very attractive because they’re inexpensive, but people may not realize that these cells may not have gone through the necessary qualification testing before going to market,” he said.

Tesla is also looking to breach the Chinese electric car market, though it aims to accomplish this using its trademark in-house development strategy. The company is currently looking to start the construction of Gigafactory 3 in Shanghai, which would produce its own batteries and be equipped to handle the production of electric cars. When complete, Tesla estimates Gigafactory 3 to build as many as 500,000 electric vehicles per year.