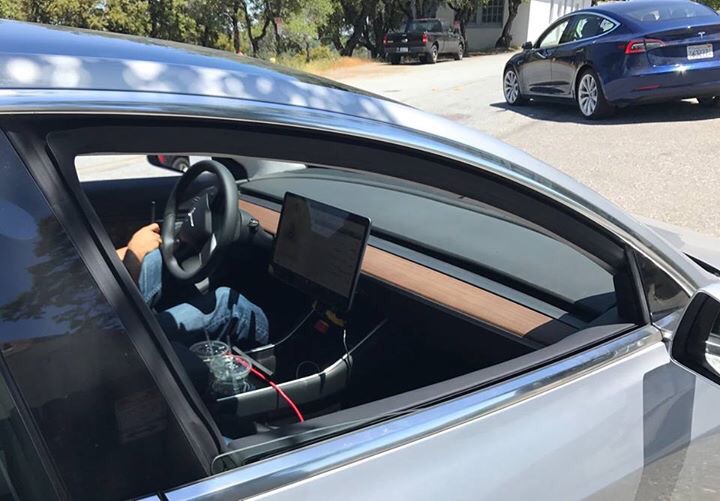 New photos taken of a silver Tesla Model 3 from this past weekend, and posted to the Tesla Facebook Group, provide a rare glimpse into the vehicle’s dashboard, center console and steering wheel. One might recall that we published a close-up look at the Model 3 interior last month after it was first spotted testing near Tesla’s headquarters in Palo Alto, California.

The latest photos gives us a clearer look at the landscape-mounted touchscreen, which resembles an off-the-shelf computer monitor that’s been bolted onto the dashboard, and two ergonomically placed cup holders with a flip-open cover that reveals storage inside the center console.

With production kicking off in July and the first deliveries expected in the same month, it is no surprise that sightings of Tesla’s highly anticipated Model 3 are taking place by the day. 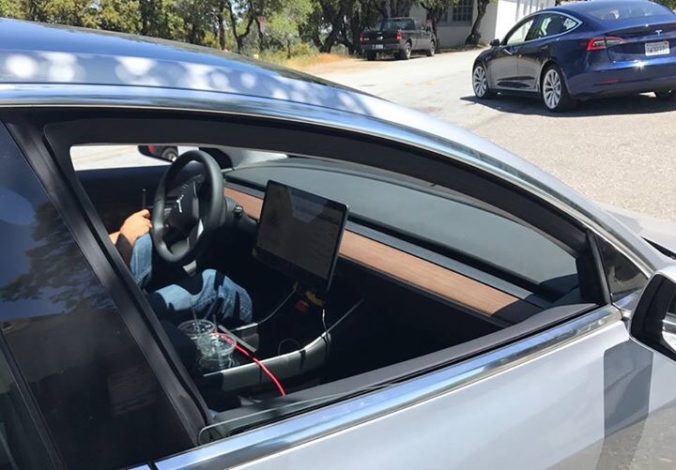 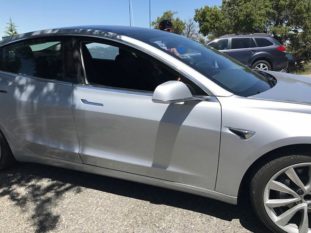 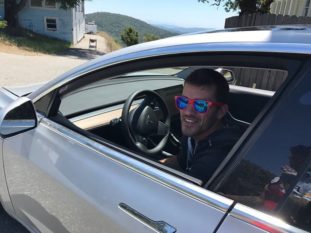 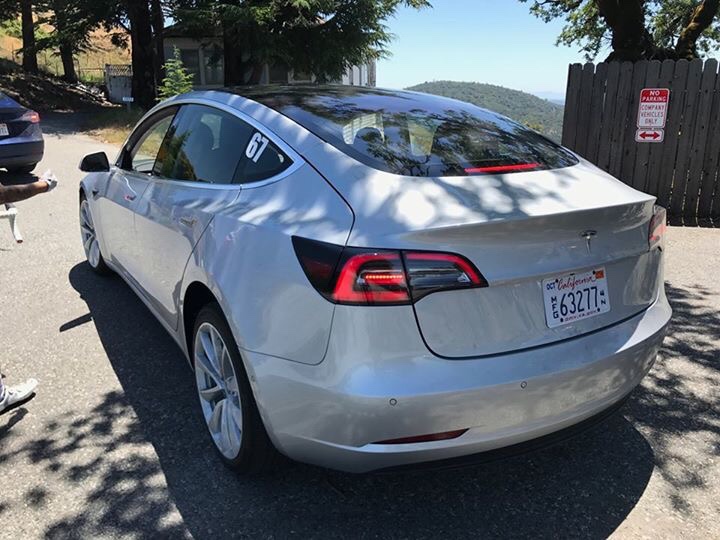