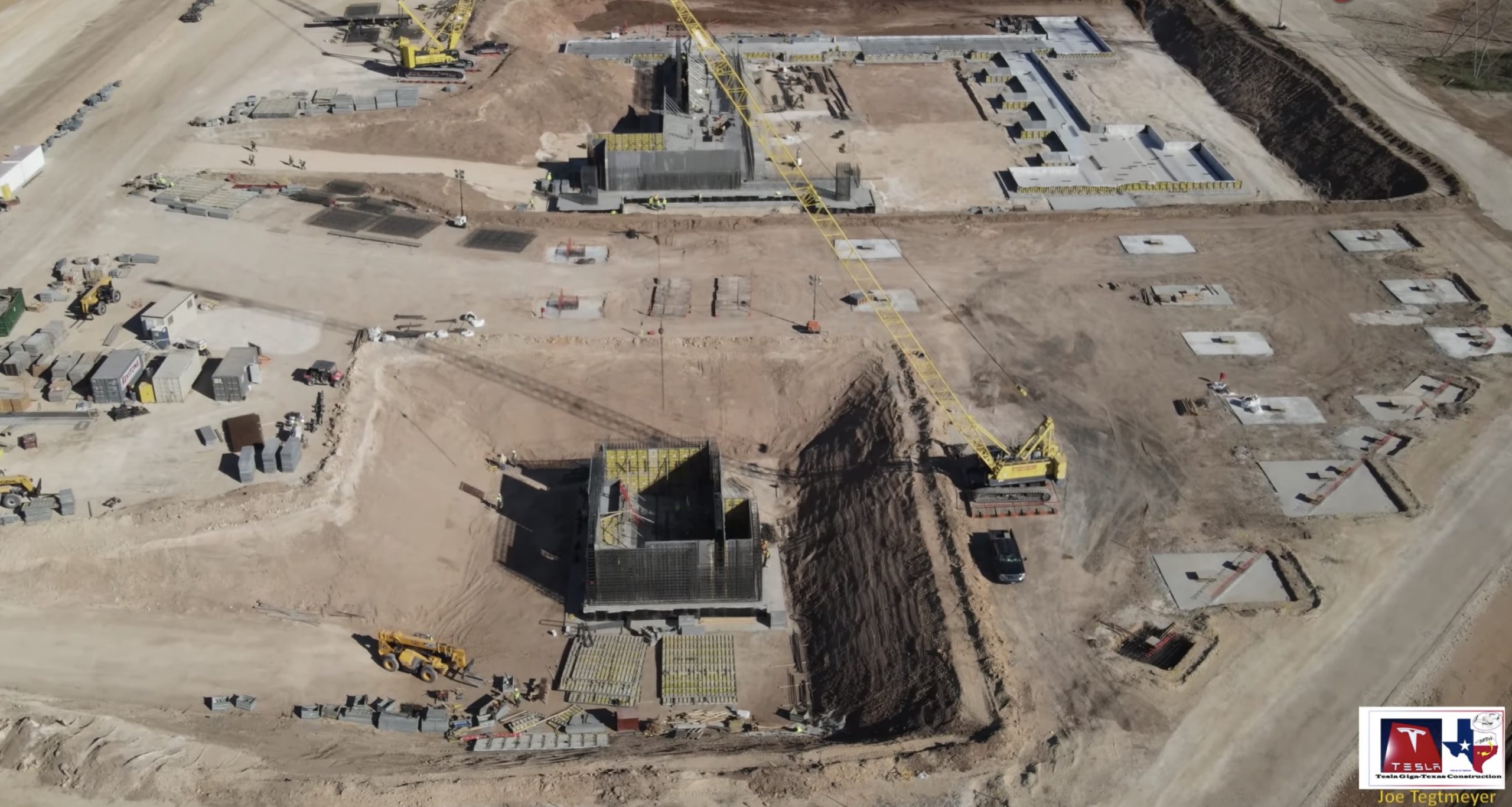 Tesla CEO Elon Musk recently praised the Texas team working on the Austin Gigafactory in a recent tweet. Based on videos of Giga Texas’s progress, Tesla seems to be moving along with its construction right on schedule.

“Tesla Texas team is making great progress! Giga Texas factory will be an a$$kicker,” Musk replied to a tweet from the Austin Tesla Club, who shared a photo of the construction site. Each new Gigafactory has developed its own special defining trait, even the ones that are in the middle of construction–and Giga Texas is no different.

Giga Shanghai became known for its speed and the quality of its vehicles. Tesla’s factory in Berlin will have extremely advanced technology thanks to its next-gen paint shop, which Elon Musk seems very excited to see in action.

Giga Texas will probably be known for two notable traits. First, it will most likely have the most beautiful Gigafactory grounds. After announcing the location of Tesla’s next Gigafactory in the US, Musk shared that parts of the Giga Texas complex will be an “ecological paradise” of sorts that the public could visit.

Giga Texas’s second notable trait would be its production of the Cybertruck. If the vehicle proves successful, there is a good chance that Tesla’s other facilities may also manufacture the all-electric pickup, and there’s an equally good chance that the truck could be produced for a very long time. But the factory in Austin will always be Tesla’s first Cybertruck production line.

Elon Musk shared that Tesla made some minor tweaks to the Cybertruck before production starts in Giga Texas. During the Q3 earnings call, Musk said that the Cybertruck’s production depends a lot on Giga Texas’ completion, making his recent praise even more noteworthy.

“Like [the Cybertruck is] going to be made in Austin. So it’s kind of dependent on completing that factory. And there are obviously new technologies with the high hardness kind of armored exoskeleton,” he said.

The Cybertruck’s design has received polarized reactions. The Tesla all-electric truck’s stainless steel exoskeleton allows the vehicle to have a unique take on the traditional pickup. Musk has noted in the past that the Cybertruck’s origami-like approach in making the exoskeleton may be one of the difficulties Tesla has to face during the EV pickup’s production.

“This is — it’s never been done before, so there’ll probably be some challenges along the way. And obviously, something that’s extremely high hardness and difficult to scratch or dent is also difficult to form. So there’s manufacturing challenges there. That’s why it’s so cleaner,” Musk said during the last earnings call.

Based on Elon Musk’s Cybertruck updates on Twitter, though, the Tesla team has been working continuously on the EV pickup truck’s design since its unveiling last November. Thanks to Tesla’s experience with the Model 3’s “production hell”, the company is well aware that the Cybertruck’s final design will likely determine how challenging its production ramp will be. The Tesla team’s constant work on refining the details of the Cybertruck’s design hints that the company is doing everything in its power to make sure the production of its first EV pickup goes by smoothly.

Watch a recent flyover of the Tesla Gigafactory Texas site in the video below.