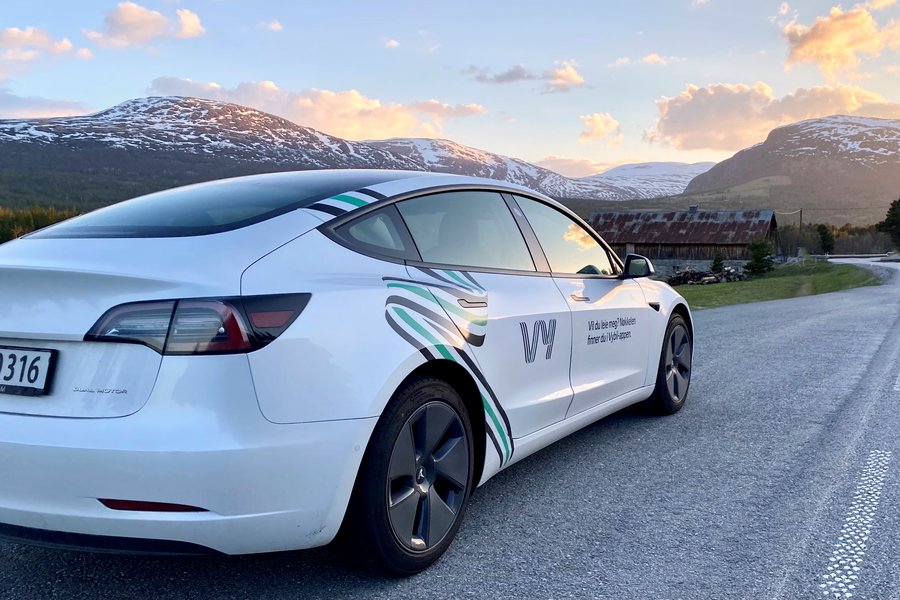 Vygruppen (Vy), a state-owned transport group in Norway, has launched a novel new service for its electric car-sharing division. As indicated on the company’s website, Vy now offers the Tesla Model 3 for rentals, allowing users of its car-sharing service to experience one of the world’s best-selling electric vehicles today.

Vy’s Model 3 offer is quite user-friendly, with users of its Vybil app being able to unlock the all-electric sedan through their smartphones. Upon gaining access to the Model 3, users would be able to freely use the vehicle within the limits of the transport operator’s rules.

Vy stated that the maximum speed of the Model 3 for renters would be limited to 135 km/h (84 mph). The vehicle will also warn users if they are driving 5 km/h (3 mph) from the maximum speed. While seemingly unfortunate, an 84 mph speed limit actually makes sense for the transport operator, as Teslas are very powerful cars that could reach high speeds within seconds.

Interestingly enough, Vy’s Model 3 fleet would only be allowed charge on Tesla’s Superchargers and Destination Chargers. Chargers for Vy’s city car fleet would not be compatible with the Model 3 rental units. This should not be much of a problem, however, since Tesla Superchargers are quite numerous.

Vy’s Tesla Model 3 rentals are priced at a premium, at least compared to other electric vehicles that are offered by the transport group’s car-sharing division. As per Vy, renting the Tesla Model 3 for seven days would likely cost about NOK 4,999 (USD 580), and that’s good for up to 2,000 km (1,242 miles) of driving. Supercharging and Destination Charging costs are included in the fee.

The adoption of the Model 3 as a key vehicle in the state-owned transport group’s car-sharing fleet bodes well for Tesla’s reputation in the country. Norway is among the most EV-friendly countries in the world, after all. The fact that its largest transport operator selected the Model 3 as a flagship rental car all but validates the vehicle’s allure to customers, even among those who consider EVs ubiquitous.