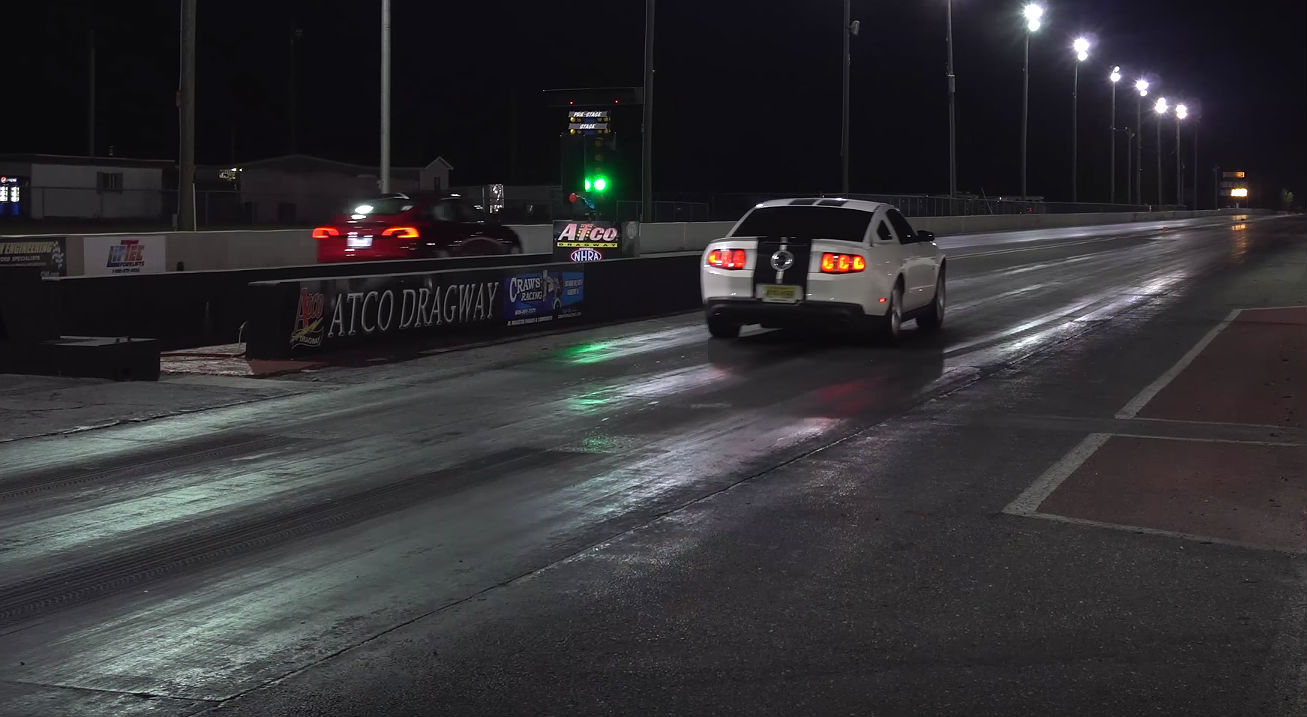 The Model 3 Performance is quite unique among Tesla’s current vehicles in the way that it can handle the demands of track driving without throttling its output after a few laps. With its Track Mode activated, the Model 3 Performance becomes a monster in a closed course, capable of competing against the auto industry’s best track-capable high-performance sedans like the Alfa Romeo Giulia Quadrifoglio.

Tesla has now reached a point where it could produce the Model 3 en masse. North America, for one, has been saturated by Model 3 for months, as the electric car maker ramped production of the vehicle in its Fremont, CA factory. With more Model 3 on the road, it is no surprise that videos of the vehicle racing on the quarter-mile are starting to become prevalent on video sharing platforms such as YouTube. As it turns out, the Model 3 Performance is just like its more expensive siblings — it loves dominating fossil fuel-powered cars on the 1/8 and 1/4 mile.

One such video, uploaded by Vivianna Van Deerlin, featured a Model 3 Performance battling what appeared to be a 5th-generation Ford Mustang GT 5.0 at the Atco Dragway in NJ. The Mustang is one of Ford’s most notable creations, and for good reason. The Mustang GT, for one, is equipped with a 5.0-liter V8 engine producing 420 hp and 390 ft-lbs of torque. During Motor Trend‘s tests of the vehicle, the publication listed the muscle car with a 4.3-second 0-60 mph time and a quarter-mile time of 12.7 seconds.

Inasmuch as the Mustang GT has a lot of automotive history behind it, though, the winner of its quarter-mile race against the Model 3 Performance was evident as soon as the race started. Propelled by the instant torque from its dual electric motors, the high-performance electric sedan from Silicon Valley immediately took the lead over the muscle car from Detroit. Unfortunately for the Mustang, the Model 3 just kept pulling until the end of the race.

The Tesla Model 3 Performance ultimately completed the quarter mile in 11.863 seconds while traveling at 114.02 mph. The Ford Mustang GT 5.0, on the other hand, was able to cross the quarter-mile mark in 12.452 seconds at 114.32 mph. That’s a difference of 0.589 seconds between the electric vehicle and the muscle car.

Thanks to its prowess in both straight line races and closed circuit courses, the Tesla Model 3 Performance is starting to attract some veteran “car guys.” Among the most notable ones is racecar driver and automotive news reporter Henry Payne. A true-blooded car enthusiast and a 30-year veteran of the auto industry, Payne knows cars inside out, having raced innumerable automobiles around racetracks for years. Payne owns a Model 3, and despite his vehicle being a non-Performance vehicle (he owns a Long Range RWD version), he has nonetheless stated that he is impressed with the vehicle’s track and overall capabilities.

Just how impressed? Enough to dub the Tesla Model 3 as The Detroit News‘ 2018 Car of the Year.

Watch the Tesla Model 3 Performance battle the Ford Mustang GT 5.0 in the video below.