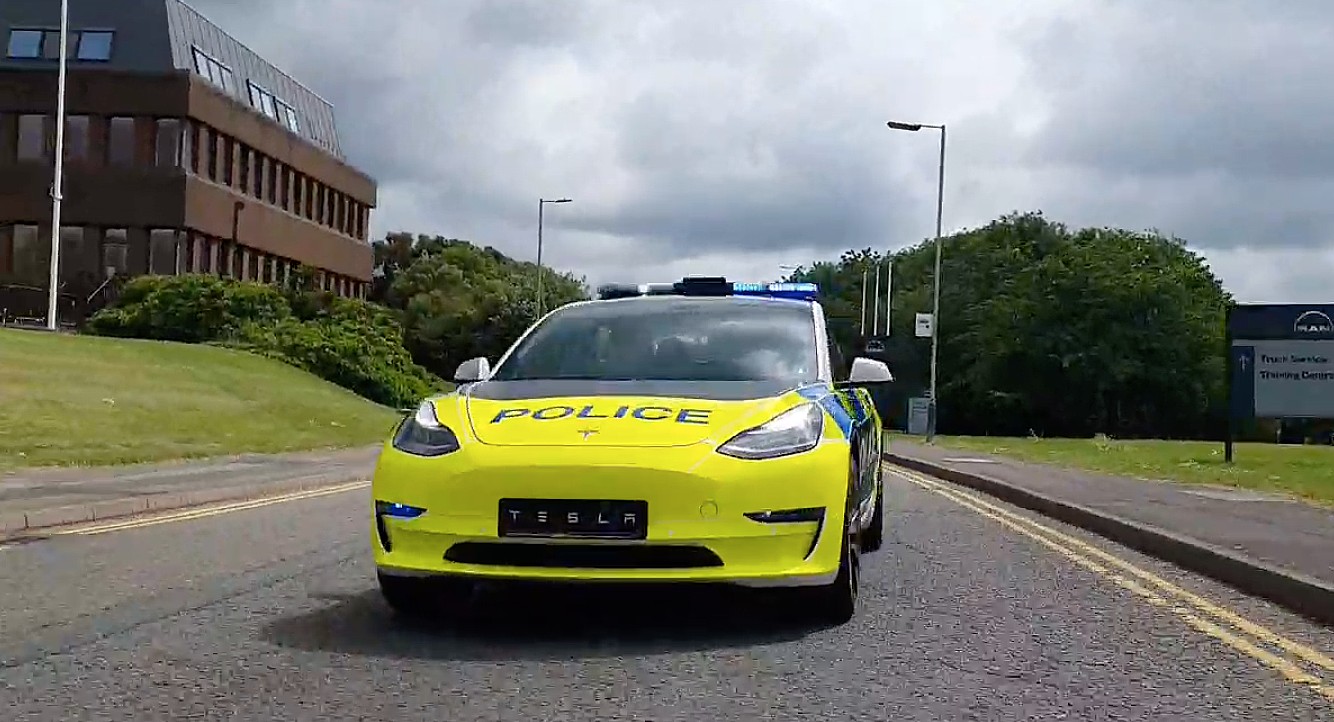 As it turns out, the Tesla Model 3 actually works amazingly as a police car. The Model 3’s performance as a police vehicle in the UK has so far been pretty incredible, to say the least, according to information shared by Tesla Account Manager and Emergency Services Lead Max Toozs-Hobson on LinkedIn.

Apart from being an excellent engagement tool and a source of positive public feedback, the Tesla Model 3 is a very capable police car. Toozs-Hobson noted that it is possible to perform over 200 miles of Blue Light advance driving with the all-electric sedan. Blue Light runs refer to instances when emergency vehicles operate with their lights and sirens blaring. To date, the Model 3’s longest Blue Light run has been over four hours on active deployment.

Also quite notable was the fact that the auxiliary police systems installed on the Model had very minimal impact on the vehicle’s battery range. LED lights could quite literally run for days off the Model 3’s battery pack, and devices such as Automatic Number Plate Recognition (ANPR) systems only took out less than a mile from the Model 3’s range after running for three hours. The available USB-C ports in the Model 3 also allowed officers to plug in their equipment like laptops while they were in the vehicle.

While critics would likely argue that charging times would be too inconvenient for a police car, the experience of the Model 3 police vehicle in the UK has been completely the opposite. According to the Tesla account manager, he once joined a traffic unit that got into the Model 3 police car with only 80 miles of range left. A stop at a Supercharger V3 station resulted in the all-electric police car gaining 70% of its battery in less than 20 minutes. That much range was enough for another 5-6 hours of driving for the shift — and it only cost less than £20.

The savings for the Model 3 police car do not only involve its charging system. There were also savings when it came to the vehicle’s maintenance and wear and tear. Brakes wear was minimal, with 10,000 miles of driving resulting in the original brake pads still having 15-20% use in them. Tire wear is identical to a comparable internal combustion police car, with a new set being installed at around 8,000 miles.

And since no annual service was performed for the 15,000 miles that the Model 3 police car has traveled, the vehicle’s time off the road has been very minimal. Interestingly, even over-the-air software updates that Tesla has released have been well received by the vehicle’s operators, since features like the capability to send directions to the car via Google Maps and what3words are useful for their work.

There are some other important things the Tesla manager noted. For one, installing traditional light bars such as those used in internal combustion police cars is practically similar to driving with a parachute. Thus, it is far better to have police lights installed from inside the cabin, so as not to compromise the drag coefficient of the Model 3.