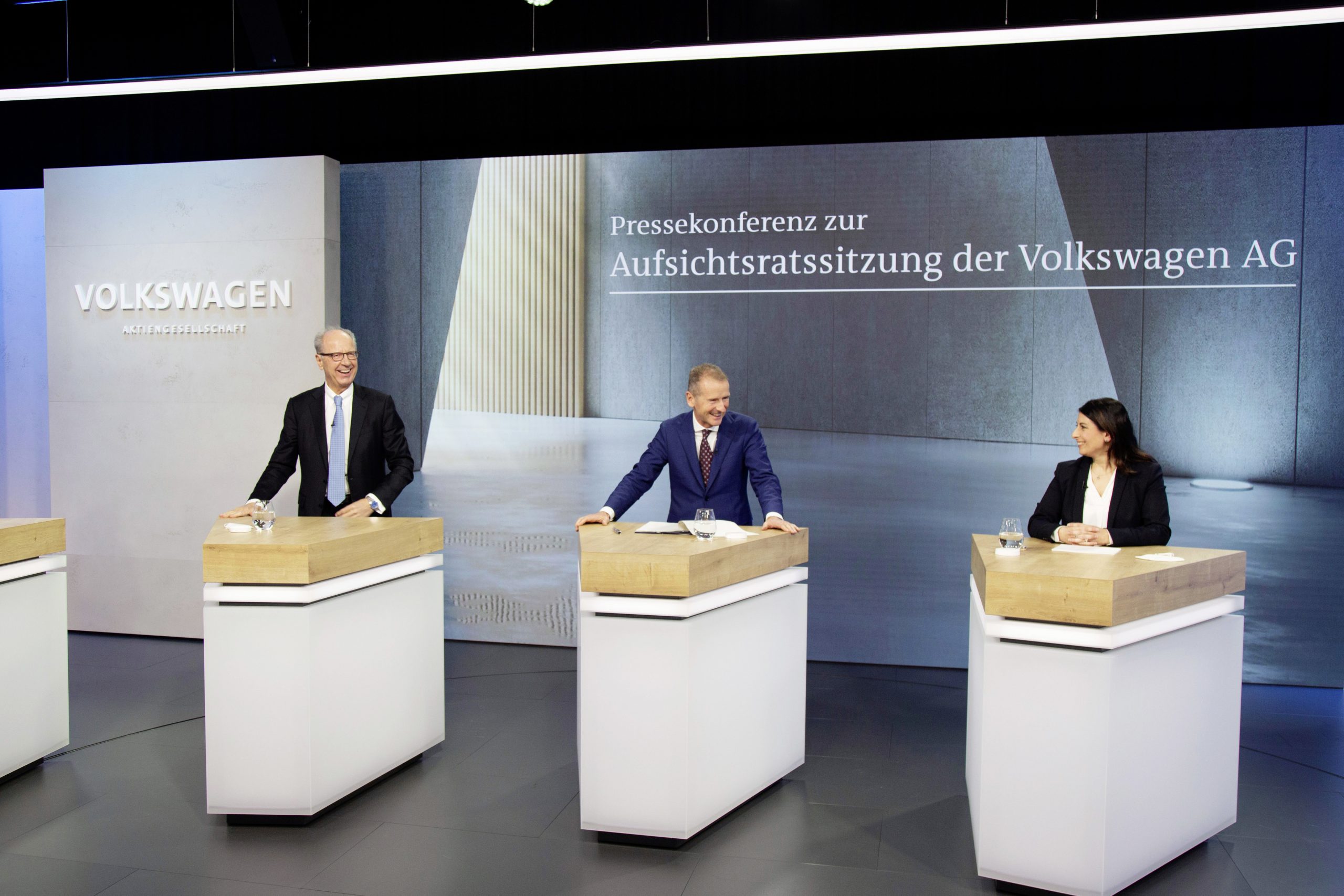 Volkswagen has boosted the budget of Project Trinity as it plans to electrify its production facilities across Europe. Volkswagen intends to have eight manufacturing facilities in Europe that are completely catered to the company’s transition to electric vehicles across its many brands, including Audi, Porsche, and the Volkswagen ID. family.

“The future-oriented investments, which will be primarily in e-mobility and digitalization, will account for the largest proportion of total investments of EUR 159 billion for the first time, at 56 percent or EUR 89 billion. Volkswagen expects that by 2026 one in four vehicles sold will have a battery-electric drive system,” Volkswagen wrote.

Project Trinity outlines Volkswagen’s goal to become the leader in electrification and e-mobility by 2025. The German automaker has built electric vehicles on its dedicated ID. platform since 2019 and has introduced several electric models under the umbrella of its EV-focused drivetrain and design. However, the development of more electric models is needed to reach Volkswagen’s lofty goals of overtaking market leader Tesla, which has dominated EV market share from a global standpoint for several years. 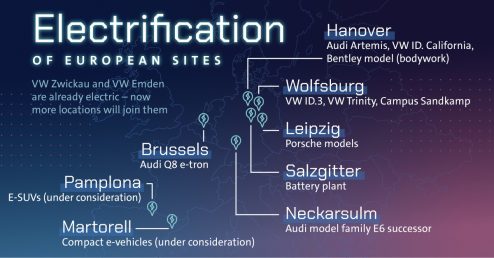 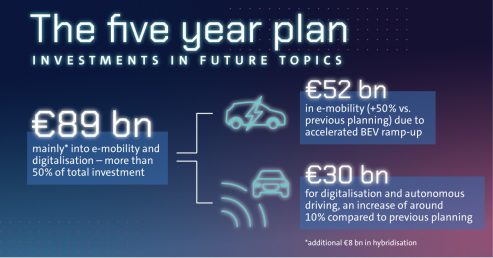 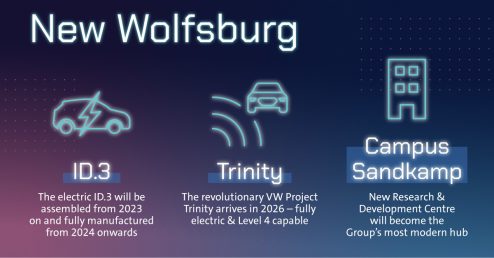 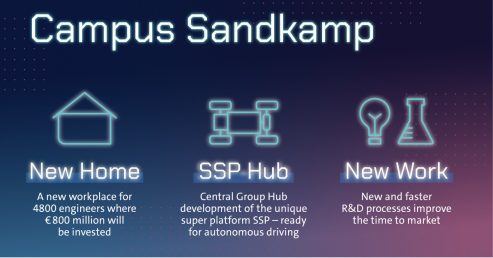 “The resolutions passed today show how resolutely we are driving forward the transformation of the Volkswagen Group,” Hans Dieter Pötsch, Chairman of the Supervisory Board of Volkswagen AG, said. “Our investments will be focused on the future of mobility in all its key aspects and on systematically implementing the Group’s strategy. Our exceedingly robust and solid financial base, enables us to finance the necessary investments on our own. We are also therefore very confident that these investment decisions will steer the Volkswagen Group to future success.”

The main focus of Project Trinity is to turn Volkswagen AG’s current production facilities into primed EV manufacturing plants. €21 billion will be spent at plants in Lower Saxony alone, “most of which will be channeled into manufacturing sites and component facilities,” VW said. The automaker plans to then move toward its Hanover, Germany, plant, where the first Artemis project will be manufactured with Audi. Bentley will also develop a new model at the Hanover site, along with the initial builds of the ID. California, the newest member of the ID. family.

Volkswagen’s Zwickau and Wolfsburg plants will also be transitioned to fully-electric manufacturing facilities. Wolfsburg will be completely revamped to cater to full production of the ID.3 starting in 2024, “ensuring profitability with a site package.” Partial production of the ID.3 will take place at Wolfsburg prior to 2024, but only when Zwickau can provide supplies to the plant. Additionally, Salzgitter is the primary candidate for a battery production facility.

The Wolfsburg project has not been finalized, however, and more details regarding VW’s plans for the plant will be solidified when the next planning round takes place.