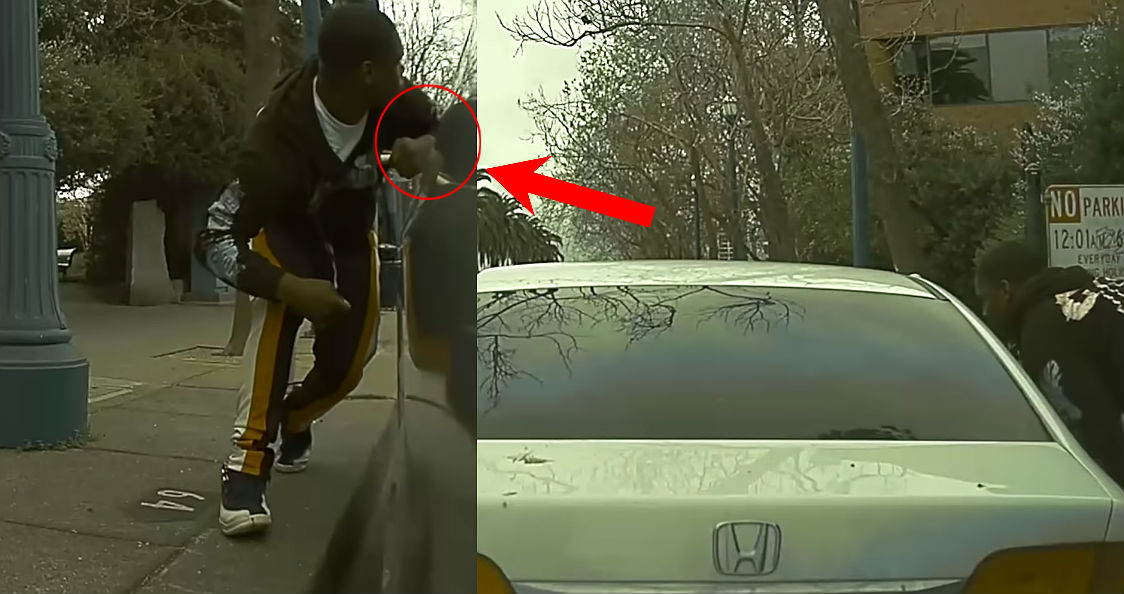 Tesla’s Sentry Mode recently captured a brazen break-in against a Model 3 in broad daylight. The incident transpired at the Embarcadero near Levi’s Plaza in San Francisco on Wednesday, April 3, and it resulted in the electric sedan’s cameras capturing the thief’s face and the license plate of the getaway vehicle.

Footage of the Model 3 break-in was shared on YouTube by Jed Franklin, who noted that the thief came away empty-handed from the incident. While no belongings were taken, Franklin mentioned in his video’s description that the rear quarter window of his Model 3 had been damaged by the perpetrator.

Based on the movements of the thief, it appears that the man had done the same crime multiple times in the past. The Model 3’s side cameras revealed that the perpetrator approached the vehicle, used a window punch tool, and elbowed his way into the electric car’s rear window. At this point, one can assume that Sentry Mode’s audio warnings started playing, but the thief, seemingly as experienced as he was, simply walked away calmly.

Recordings from the Model 3’s front camera revealed that the thief hurriedly entered a white Honda Civic with license plate number 6LPA886. Within a couple of seconds, the white Civic drove away, escaping the scene of the crime. Later comments from the Model 3 owner revealed that the footage had been turned over to the police, especially since the face of the perpetrator and the license plate of the getaway vehicle were captured clearly by the electric sedan’s cameras. Unfortunately, the Tesla owner noted that he was simply informed that an officer might look into the incident.

While it is unfortunate that the thief might not be pursued due to the police’s reaction to the break-in, one can only hope that Teslas eventually get a reputation as vehicles that always record videos of their surroundings. Once word spreads that it is far easier to be identified when breaking into a Tesla, the number of thefts involving the company’s electric cars will likely decline.

Watch the brazen break-in of a Tesla Model 3 in the video below.