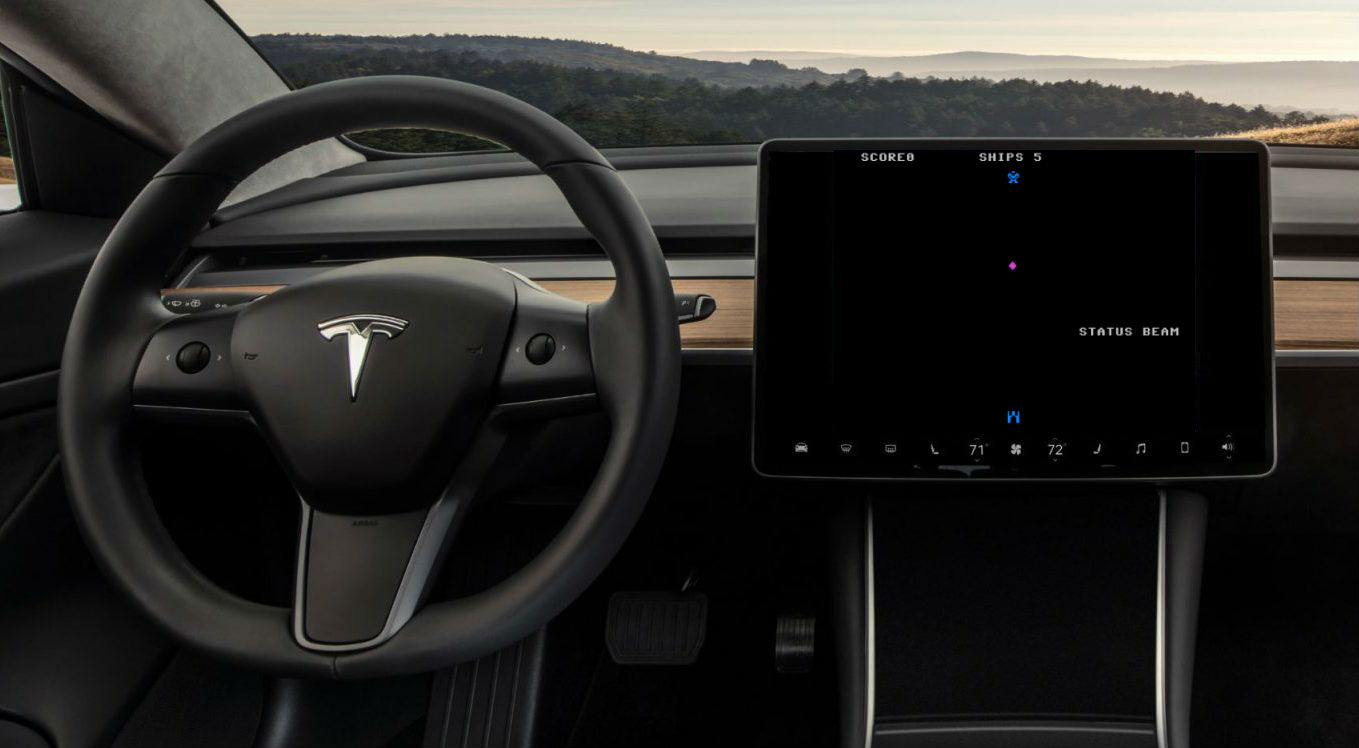 Tesla has added two new games to its TeslAtari in-car gaming system in the latest iteration of CEO Elon Musk’s goal of bringing the most interactive fun to the company’s vehicles as possible: Super Breakout and 2048.

Super Breakout was originally released by Atari in 1978 as a follow up to its popular game Breakout where players move around a platform, bouncing a continuously moving ball upwards so that it crashes and breaks a large hovering brick wall. The addition of Super Breakout is keeping in line with the rest of the TeslAtari lineup: Missile Command, Asteroids, Lunar Lander, and Centipede.

2048, on the other hand, is a sliding block game that the Wall Street Journal once described as “Candy Crush for math geeks.” Players move blocks with computer-assigned numbers around, combining them to reach the number 2048. The game went viral in 2014 shortly after its 19-year-old creator posted it on GitHub for fun and constructive feedback.

New games are certainly a welcome addition for Tesla owners after a recent downsizing in the selection. Earth and Mars-based versions of the racing game Pole Position were previously included in the TeslAtari lineup and playable using the car’s steering wheel. However, they had to be removed due to legal hangups, per Musk. Pole Position is on the Atari platform, but the game rights are owned by Namco.

TeslAtari was released with Tesla’s Software Version 9 and is a nod to the personality and interests of its famous CEO. Musk is known for his love of video games and has continuously sought to bring their style of fun to Tesla’s products. He has discussed further game-type Easter Egg and TeslAtari additions to Tesla software over social media on numerous occasions and has even used the game concept to help improve system security. Tesla’s “bug bounty” program offers monetary payouts for hackers able to actively locate and report vulnerabilities on the company’s hardware and online services.

No further details have been provided regarding a replacement for Pole Position thus far, but Tesla and Musk have indicated the all-electric car company is developing its own games. Tesla’s job site advertised “Gaming Software Engineers” at one point and Musk himself drew attention to the company’s search for video game developers.

Perhaps the software creds Tesla already has will lead to a new suite of exclusive games just for Tesla owners.