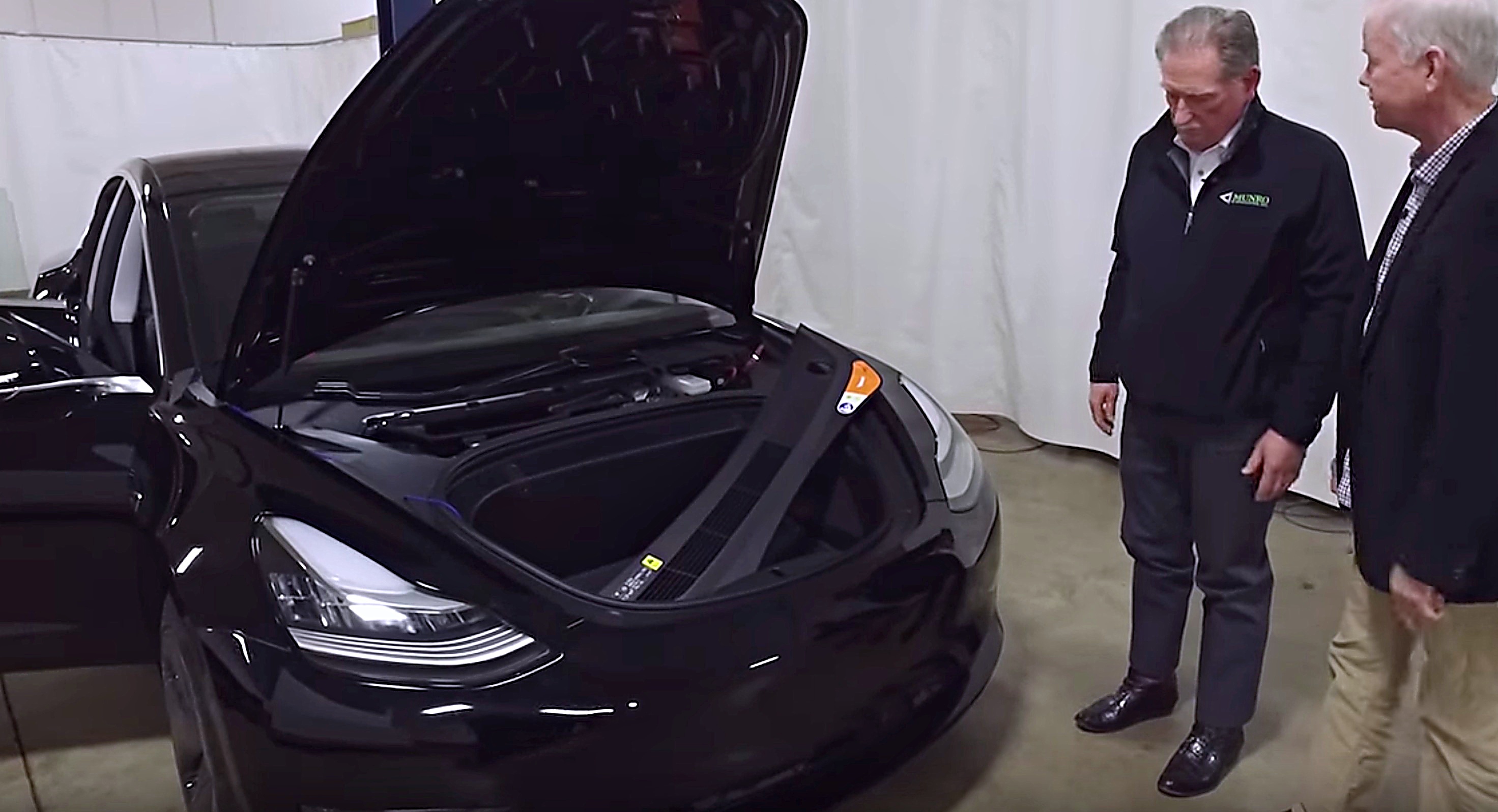 Tesla Model 3 gets scathing teardown review: “I can’t imagine how they released this”

Sandy Munro, CEO of Munro & Associates, an automotive benchmarking firm based in Detroit, believes that the Tesla Model 3’s build quality is incredibly lacking. In a video of his observations on the vehicle, the teardown specialist lamented on the Model 3’s apparent haphazard construction and flawed design, from its panel gaps and trunk to its non-mechanical interior rear door handles.

The automotive veteran’s comments and observations on Tesla’s vehicle were featured in a recently uploaded video from Autoline Network, where host John McElroy tackled the flaws of the Model 3 with the Detroit veteran. From a general standpoint, the Munro & Associates CEO had a lot of issues with the car’s fit and finish, with the automotive teardown expert stating that he could not imagine “how they (Tesla) released this (the Model 3).”

One particular pain point for Munro was the glaring panel gaps in the vehicle. On the rear trunk of the Model 3, the Detroit-based executive noted that some gaps were so huge, he could fit his thumb in. Using some classic hyperbole and seemingly jabbing at Tesla CEO Elon Musk’s long-term plans for SpaceX, Munro quipped that the gaps in the car could be seen all the way “from Mars.”

The Model 3’s door handles did not get any approval from the Detroit veteran, too. According to Munro, the mechanism of the front door handles on the mass market electric compact sedan is far too complicated to operate. Munro, who admitted that his wrists were previously injured in an accident, went so far as to state that the doors were “impossible” to open with one hand, and that it caused him great pain to use. The CEO summarized his comments by saying that he “hated” the car’s door handles.

Apart from the front door mechanism and the panel gaps on the Model 3, Munro also took issue with the lack of mechanical door handles for the car’s rear seats. According to Munro, the lack of mechanical door mechanisms on the rear would force passengers to crawl out of the car from the trunk in the event of an accident, which is incredibly difficult and risky. Coupled with the heavy trunk of the Model 3 and the car’s confusing cut zones for emergency personnel, the Detroit veteran noted that Tesla’s latest vehicle is a lawsuit waiting to happen.

Overall, Munro concluded that Tesla had done a really bad job with the Model 3. In the Detroit veteran’s opinion, however, the main flaw of the car was the fact that it was designed by a company that is not experienced in the auto industry at all.

“This thing is a miserable job, and we’ve come to the conclusion that these guys at Tesla are definitely electronics snobs.”

Many of the auto veteran’s statements in the recently uploaded video seem to be a deliberate attempt to damage the credibility of an otherwise critically-acclaimed car. Since Tesla has begun the deliveries of the Model 3, the mass market electric compact sedan has garnered rave reviews from multiple online publications and customers alike. While the car is not perfect in any way, the Model 3 is nonetheless hailed as a vehicle that can very well usher in a new era in transportation.

Quite interestingly, Munro’s bias does not seem to come from an anti-electric car standpoint. In the past, the auto veteran hailed the BMW i3 as a masterfully manufactured car, and he was pretty impressed with the Chevy Bolt EV, too. Perhaps the reason could be provided by Jalopnik, however, which reported that Munro & Associates’s most prolific clients are GM, Ford, and Chrysler, otherwise known as the Big Three of the legacy American auto industry.

Tesla Model 3 gets scathing teardown review: “I can’t imagine how they released this”