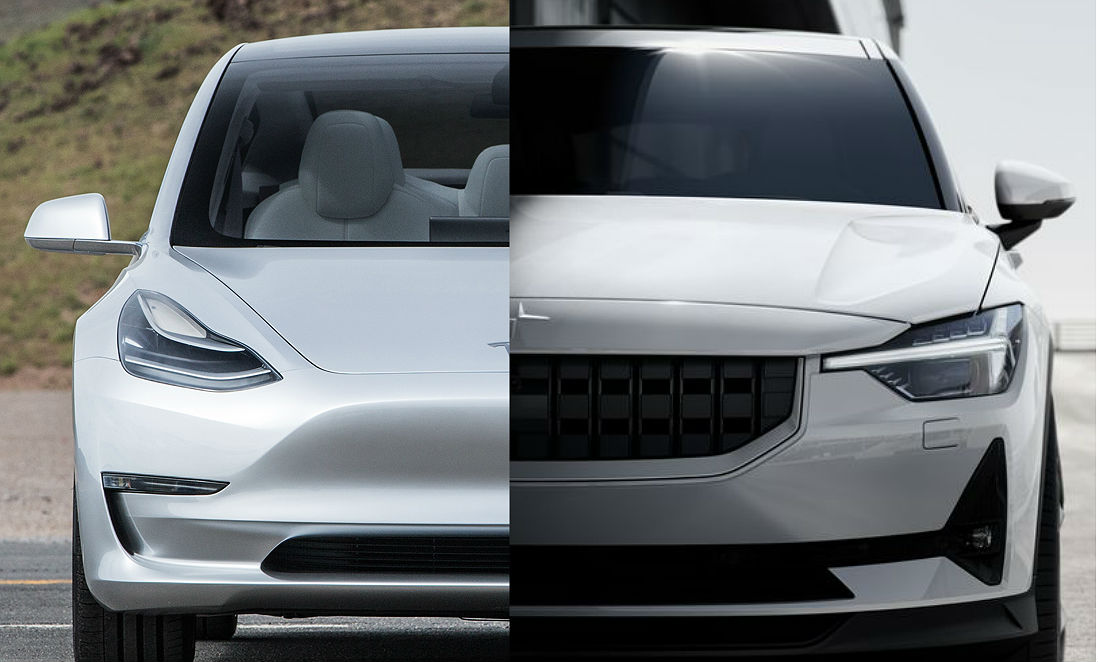 It appears that the Polestar 2, a vehicle generally considered as the first legitimate competitor or rival to the Tesla Model 3, will be more expensive than expected. In a recent press release, the Volvo and Geely electric car subsidiary announced that the Polestar 2 will start at £49,900 in the UK and €58,000 in Germany, Belgium, and the Netherlands.

Polestar 2 quotes a guide price for the United States at $63,000, which makes it over $7,000 more expensive than a Model 3 Performance before options. Compared to the Standard Range Plus Model 3, which starts at $38,990 before options, a Polestar 2 will cost over $23,000 more.

Granted, Tesla itself started the production of the Model 3 with a higher-priced variant, the Long Range Model 3 RWD. Though it should be noted that even with its mandatory long range battery that cost $9,000 above its $35,000 starting price, as well as the required premium upgrades package for $5,000, the first production Model 3 LR RWD still came at just below $50,000.

Nevertheless, Thomas Ingenlath, Chief Executive Officer of Polestar, expressed his optimism about the Polestar 2. “We have seen very keen interest in Polestar 2 since revealing it earlier this year. By confirming European pricing, we show the outstanding value this high specification vehicle represents,” he said.

The Polestar 2 will have two separate battery options, with the higher performance variant giving owners a 400 horsepower electric motor with a 0-60 mph in less than 5 seconds. The all-eletctric vehicle is also equipped with a 78 kWh battery pack using cells from LG Chem, which is expected to provide an estimated range of 275 miles per charge.

Polestar launched a mobile app in March 2019 that would ease the pressure of the car buying process. The app was specifically tailored to make ordering a vehicle more convenient for any car buyer. “We are making it hassle-free and easier for customers to engage with the Polestar brand and enjoy their car. From finding out information about Polestar cars, through to subscribing for a new Polestar, all the way to starting your car using our Phone-as-Key technology – everything can be done through your mobile device,” Polestar CEO Thomas Ingenlath said.

The increasing amount of electric vehicles that are being offered today is encouraging to the entire electric vehicle industry. Tesla CEO Elon Musk has stated in the past that the biggest competitor for Tesla is not other EV brands, but instead companies that produce ICE vehicles. Volvo now has two separate electric cars that they will offer around the world. It remains to be seen whether Volvo will eventually drop the price of the Polestar 2 as its production hits its stride.