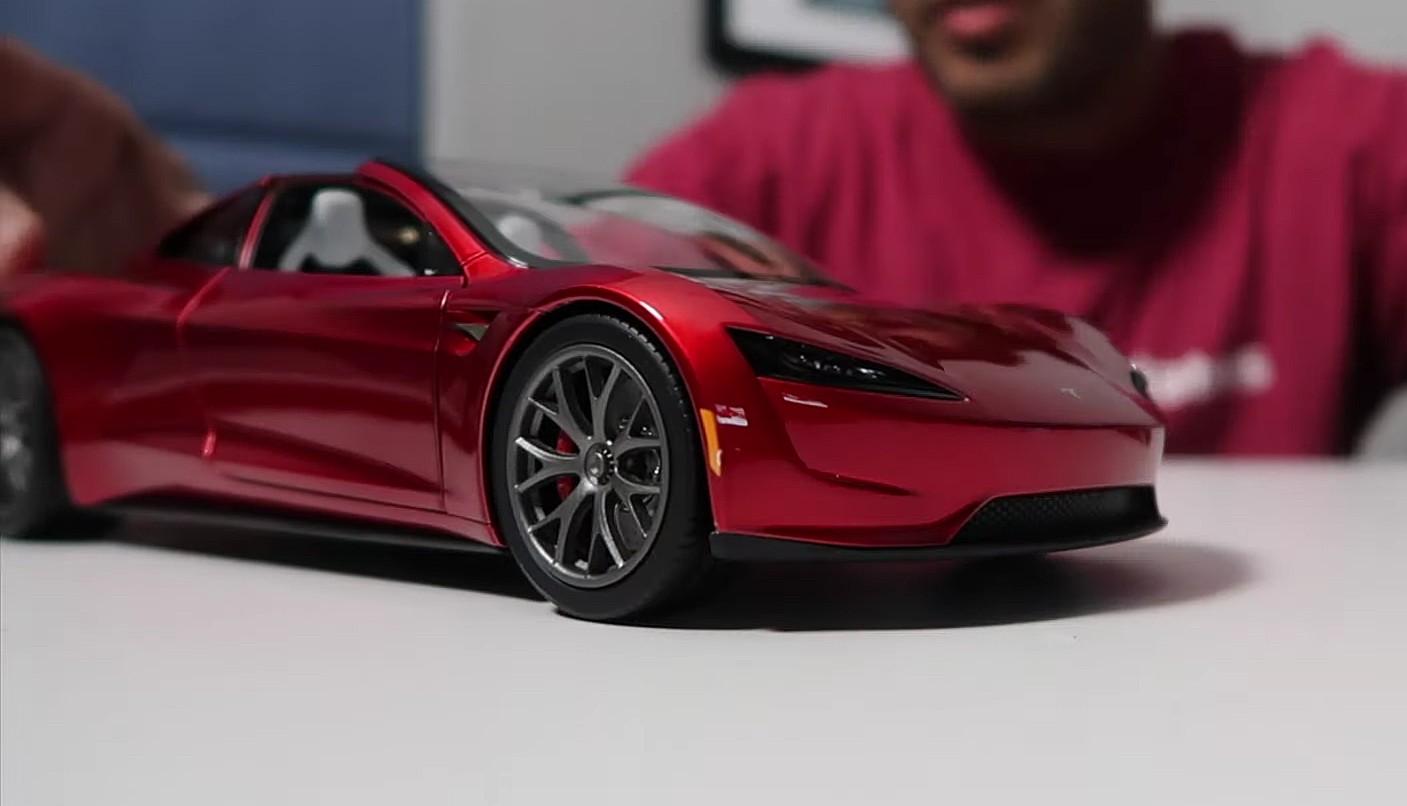 When Elon Musk unveiled the next-generation Tesla Roadster back in 2017, he stated that the all-electric supercar, for all its speed and specs, will be a practical vehicle. A recently-shared unboxing video of the new Tesla Roadster’s 1:18 diecast model suggests that Musk’s words may actually ring true.

Tesla owner-enthusiast Tesla Raj was able to get his hands on a friend’s next-gen Roadster diecast recently, and he was able to film a quick unboxing video for the scale model. Opening the item’s box, Raj pointed out that Tesla provided a certificate of authenticity indicating that the diecast model is an accurate representation of the real vehicle.

With Tesla’s statement in mind, one could infer that the design elements present in the 1:18 scale model of the new Tesla Roadster will be present in the supercar that’s expected to begin production sometime next year. This is where things start getting interesting.

A look at the exterior of the vehicle shows that this is definitely the case, particularly as aspects of the real car, such as its lack of side mirrors and large rear diffuser, are present in the next-gen Tesla Roadster 1:18 diecast scale model. The white seats and carbon-fiber interior are also represented in the Roadster diecast. A large rear trunk, which was previously hinted at in a photo of the vehicle, is also evident in the diecast car.

One aspect of the next-generation Roadster that has remained elusive since it was unveiled back in 2017 was its rear seats. During the vehicle’s unveiling, Elon Musk surprised the audience by stating that the Roadster will be capable of seating four people in a 2+2 seating setup. This is very unusual for supercars, as 2+2 setups are usually adopted by sports cars such as Porsches, not supercars like Lamborghinis.

As could be seen in the unboxing video, the Roadster has two seats that can fold down and up. Based on the scale model, these rear seats will not be white like the seats up front, and they will not be very large either. The Roadster’s jump seats, true to Elon Musk’s words during the unveiling event, will likely be best for small passengers. These seats, of course, will not be present in the Tesla Roadster’s SpaceX Package, which would use actual rocket tech to improve the performance of the already-insane supercar.

Another surprising aspect of the Roadster scale model is the fact that it does not have a frunk. The Tesla owner-enthusiast noted that the hood of the diecast car does not seem movable, which is pretty unusual considering that all cars that Tesla has designed from the ground up so far have very generous frunks. Elon Musk has also mentioned that the vehicle will have “tons of storage,” which suggests that the Roadster can carry a substantial amount of cargo. It would be interesting to see how Tesla can pull this off without a trunk.

Overall, the next-gen Tesla Roadster diecast 1:18 scale model looks very much worth its $250 price. The attention to detail is second to none, and for a vehicle as stunning as the new Roadster, this is definitely a great thing.

Watch the first look at Tesla’s next-gen Roadster diecast model in the unboxing video below.