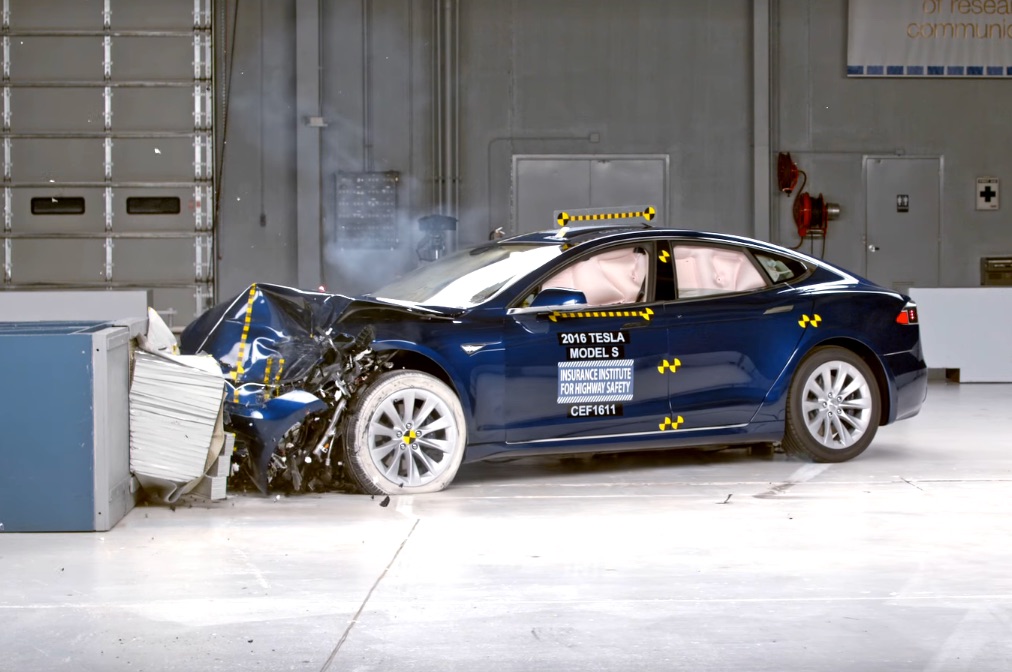 The Tesla Model S has failed to garner a Top Safety Pick rating from the Insurance Institute for Highway Safety (IIHS). In the latest round of testing, IIHS found that the driver’s seat belt allowed the crash test dummy’s head to contact the steering wheel during the small overlap front crash test. As a result, the Model S earned only an “Acceptable” rating in that area instead of the “Good” required to make it a Top Safety Pick.

The IIHS also raised concerns about the possibility of lower leg injuries during the same test. “Neither of these (potential injuries) were so high that we would expect life threatening injuries, but they are too high in our opinion to get “Good” ratings for those body regions,” said Dave Zuby, a spokesperson for IIHS.

The Model S did not fail any of the crash test procedures. The IIHS noted in its report that Tesla has made some production changes to the Model S which are designed to improve passenger safety. The updates are expected to address the concerns raised by IIHS.

Tesla believes the results do not accurately reflect the overall safety of the Model S. “We are committed to making the world’s safest cars, and Model S has previously received a 5-star safety rating from the National Highway Traffic Safety Administration and a 5-star rating from Euro NCAP. Model S still has the lowest ever probability of injury of any car ever tested by NHTSA,” said a Tesla spokesperson. “We expect to receive the highest possible rating in every category, making Model S eligible for the IIHS Top Safety Pick award.”

The BMW i3 also failed to achieve a Top Safety Pick rating during this latest round of testing, which focused on electric cars. The IIHS had concerns about the ability of the i3 seats and head restraints to protect passengers from neck injuries in the event of a rear end collision. As a result, it was rated only “Acceptable” in that area. “We expect that the BMW engineers are working on improving the rear crash protection of the seats and look forward to testing those when they’re available,” said Zuby.

Two other cars did receive a Top Safety Pick rating — the Chevy Volt and new Toyota Prius Prime. Both of those cars are plug-in hybrids, whereas the Model S and i3 are true battery electric vehicles. Zuby said the crash tests proved electric vehicles could provide safety while also offering the benefits of lower emissions.