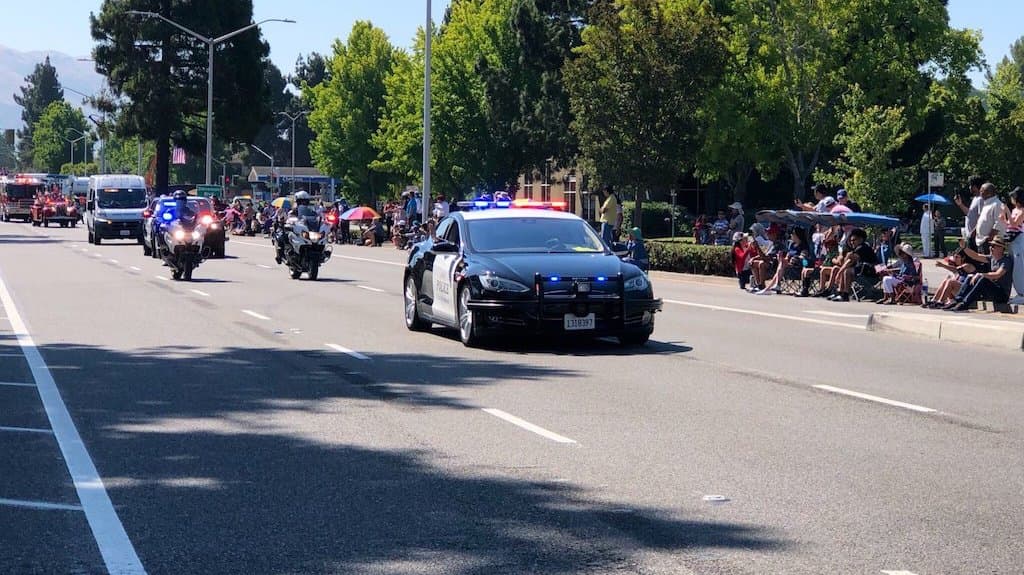 Last year, the Fremont Police Department launched a one-year Electric Patrol Vehicle Pilot Program aimed at determining if EVs could be effectively used as a standard police cruiser. The Fremont PD chose a second-hand Tesla Model S 85 for its program, which was outfitted with the necessary equipment and deployed as a pursuit vehicle for regular police use.

As it turned out, EVs like the Tesla Model S could not only perform well and withstand the rigors of police work; they could be on the road far longer than their gas-powered counterparts as well, thanks to their low maintenance. The department summed up its findings in a statement released on Thursday.

“After careful review, the Pilot Program was determined to be a success. The police patrol electric vehicle met the needs of police services,” the Fremont PD wrote in a report. Captain Sean Washington proved optimistic about the program as well. “The final results from the one-year Electric Patrol Vehicle Pilot Program have been encouraging as the City of Fremont continues to look for cost-effective ways to help make Fremont more sustainable,” he said.

What really set the Model S apart from its gas-powered colleagues was its low operating costs. During the pilot program, the all-electric sedan consumed $1,036 in energy, far lower than the Ford PPV’s $5,133, assuming that gasoline prices stood at $3 a gallon. The downtime for the Model S 85 was remarkably short as well, with the Tesla spending almost four weeks more on the road compared to its combustion engine-powered counterparts.

“With an average of 27 fewer days of downtime per year, a savings of $2,147 in the total annual cost of energy/fuel, maintenance, and repair, and no operational carbon dioxide emissions, the pilot program results have prompted Fremont PD to move forward with plans to expand its fleet of electric patrol vehicle alternatives,” the Captain said.

That being said, the repair costs for the Model S 85 proved higher at $4,865 during the pilot year as compared to the $2,915 required by the Ford PPV. According to the Fremont PD on Twitter, this was partly due to the fact that they had to replace the Model S’ tires, thanks in part to the vehicle being used on a pursuit course over multiple days to help train officers. A couple of flat tires over the year also added to the vehicle’s repair costs.

Ultimately, the Model S proved itself as a car that is more than capable of being used as a standard police vehicle. Its 265-mile range easily accommodated the 40 to 70 miles of driving that regular patrol vehicles accumulate on an average day. Police officers who used the Tesla even reported an enhanced feeling of safety and control, as well as a reduction in anxiety and stress, when using the Model S. Radio communications with the Tesla proved superior too, thanks to the lack of engine noise.

Thanks in part to the successful pilot year of the Model S 85, the Fremont Police Department has since added a Tesla Model Y to its fleet. The authorities noted that the Model Y could be even better than the Model S due to its lower starting price, longer range, increased storage space, and higher ground clearance.

The Fremont PD’s report on its Electric Patrol Vehicle Pilot Program could be accessed below.