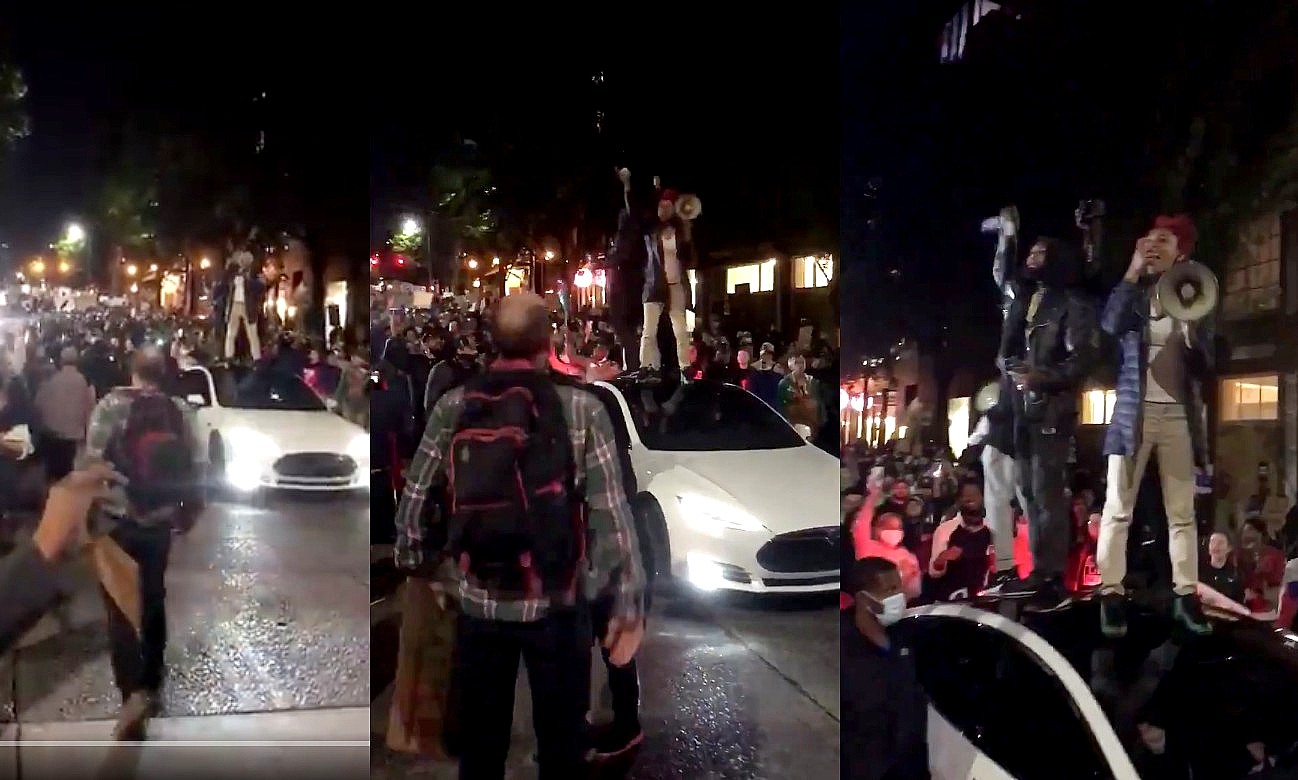 A rather rare sight recently emerged at the rallies in Capitol Hill. Amidst the sea of people, a Tesla Model S moved through the crowds, supporting four protesters with its glass roof. Based on a short video taken of the rally, the Model S seemed completely undamaged despite being used as a moving platform by four adults.

A number of leaders addressing the crowds seemed to be just as pumped as everyone, and they demonstrated this by doing a few jumps on the roof of the Model S. Remarkably, the Tesla flagship sedan took these jumps without any issues, as observed by several Twitter users who viewed the video.

Inasmuch as the footage of the Model S being used as an ad hoc stage by protest leaders is impressive, such a feat is actually quite understandable. The Tesla Model S is famed for its strong roof, after all, with the vehicle breaking the NHTSA’s equipment when it was being tested. According to Tesla, the NHTSA’s machine failed while applying more than 4 G’s of pressure, and even then the Model S was still surviving.

This glass roof durability has become a trademark of Tesla over the years. The Model 3 received a perfect 5-Star Safety Rating from the IIHS last year, and in an announcement, Tesla revealed that the all-electric sedan’s glass roof resisted over 20,000 pounds of force during the agency’s tests. The Model 3 marked the third vehicle in a row from Tesla that received stellar ratings from safety agencies.

What is rather interesting is that the Model S’ glass roof is not even the toughest glass in Tesla’s lineup. That accolade goes to the Tesla Semi and Cybertruck’s Armor Glass, which is designed to weather blunt object trauma. The Cybertuck’s Armor Glass may have ended up inspiring memes by cracking during the all-electric pickup’s unveiling, but the fact remains that it is still one of the most durable glass in the market today.

The ongoing protests across the United States came as a result of the death of Minneapolis resident George Floyd, who passed away while he was being apprehended by authorities. Floyd’s death has sparked an international movement calling for police reform and stern anti-racism policies, with rallies in support of the movement being held not only in the United States, but in countries such as France and New Zealand as well.