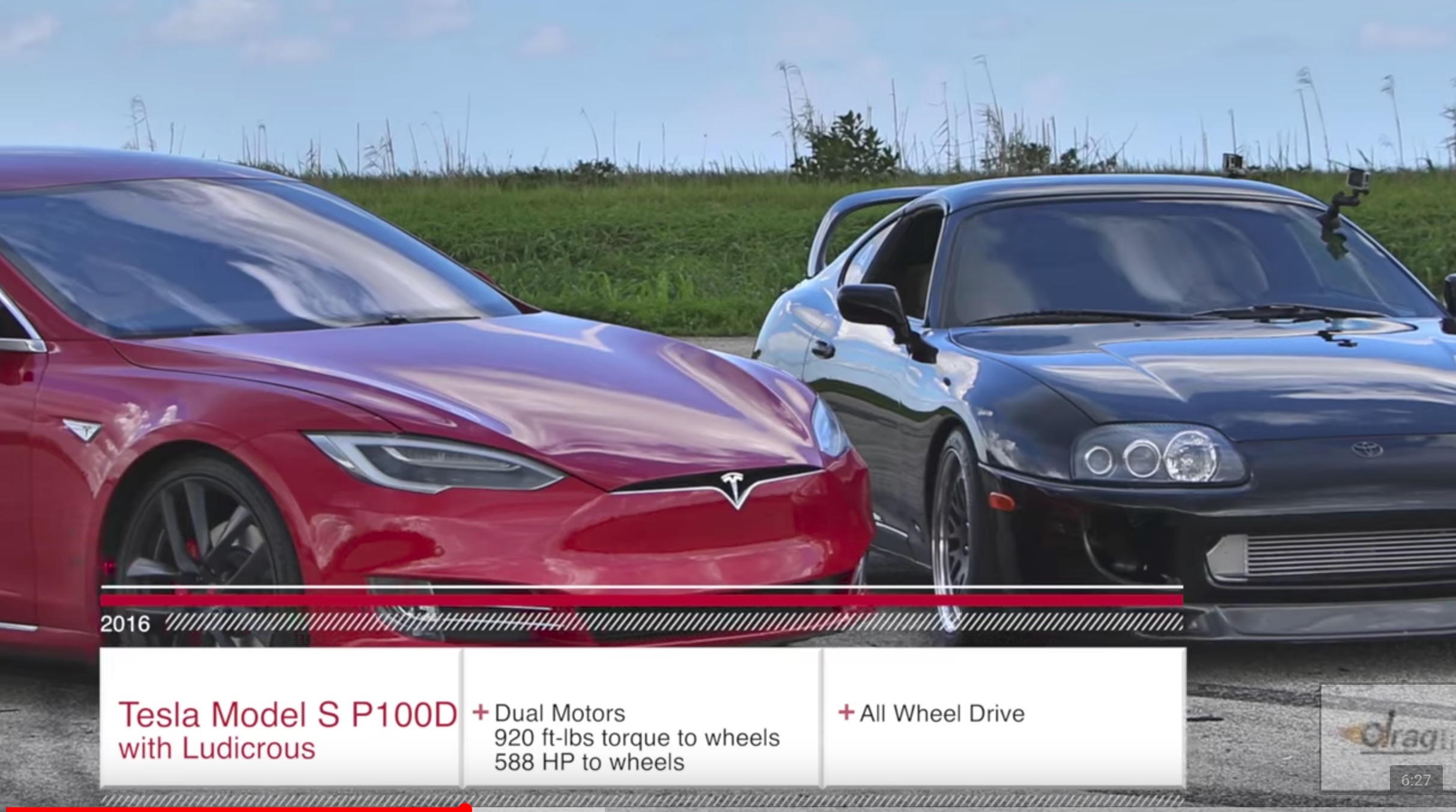 We haven’t seen a Tesla drag racing video in quite some time so needless to say we were pleasantly surprised when we came across a new video by Florida-based DragTimes that showcases their Ludicrous+ Model S P100D against a heavily modified, 1,000 horsepower turbocharged Toyota Supra.

It comes as no surprise by now that even the world’s quickest supercars will fail when it comes to beating Tesla’s flagship Model S in a heads up drag race. But how does the Tesla fare against brute horsepower from a turbocharged beast equipped with racing slicks?

Tesla’s technologically advanced electric drivetrain provides instantaneous response with unparalleled traction, as we recently saw when a modified Porsche went for a wild spinout in an attempt to race another Ludicrous Model S. The Supra’s effort to plant all 1,000 horsepower to the ground despite having drag racing tires was equally challenged due to its lack of traction control.

With the Model S capable of accelerating from 0-60 mph in 2.28 seconds, even the smallest traction loss experienced by its opponent will render it a distant speck within the Tesla’s rear view mirror.  And that’s exactly what we see in DragTime’s latest video.