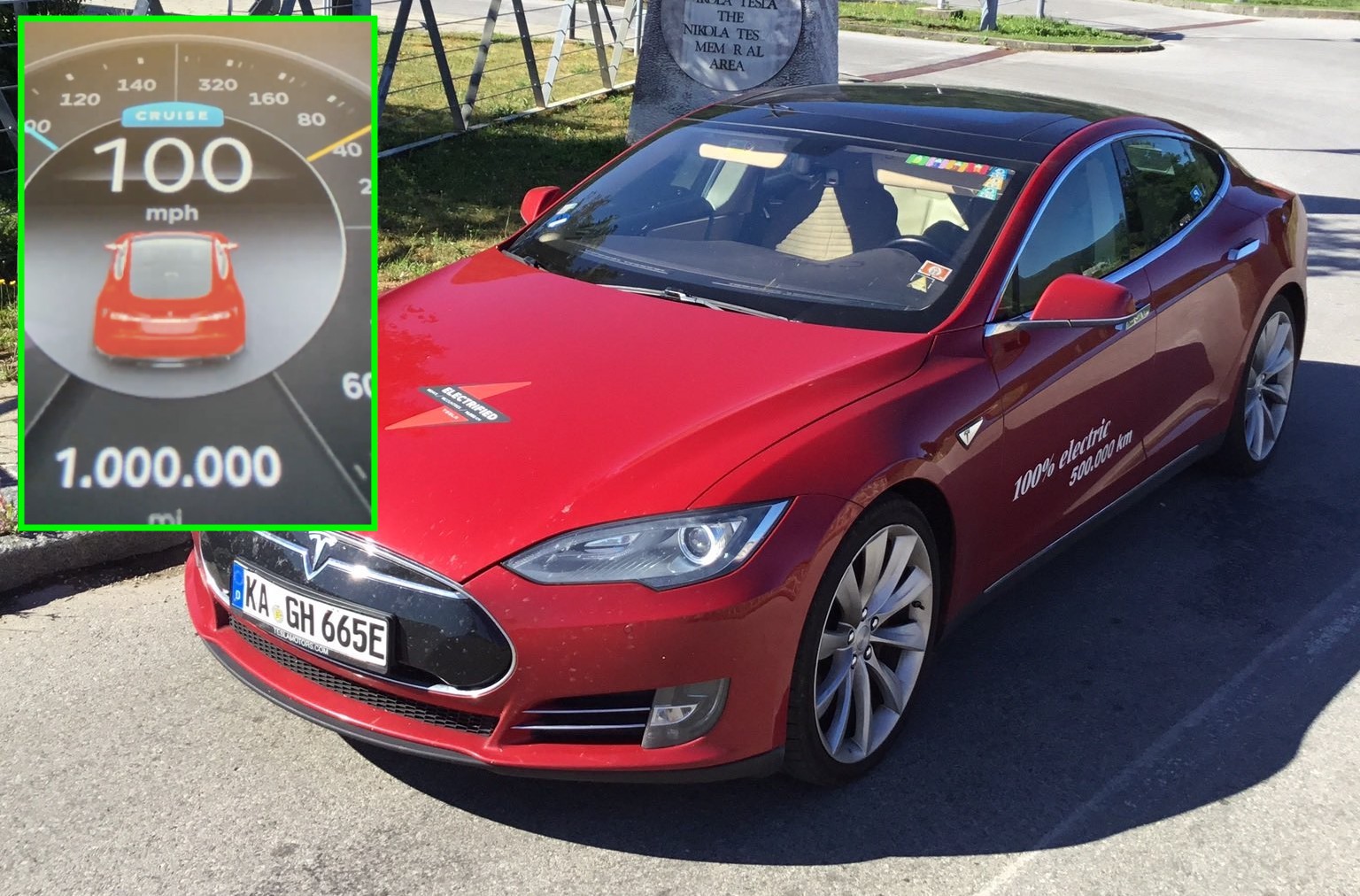 It was just another milestone for a legendary Tesla Model S road warrior, but it was a giant leap forward for electric vehicles as a whole. In recent social media posts, Germany-based Tesla owner Hansjörg Gemmingen revealed that his Model S P85, which he purchased in 2014 second-hand, had successfully reached the 1 million mile mark.

Gemmingen shared the milestone on his social media accounts, where it promptly drew a lot of attention and praise from the electric vehicle community. The Tesla owner expects the 1-million-mile feat to be recognized by the Guinness Book of World Records.

It has been one insane journey. Gemmingen is an ardent supporter of electric vehicles, being one of the few brave souls who made long trips on an original Tesla Roadster at a time when there were very few rapid charging stations available. He made the switch to a used Model S in 2014 for health and comfort reasons, and Gemmingen has been racking up the miles ever since.

Five years into his ownership of the second-hand all-electric sedan, the Tesla owner crossed the fateful 1-million-kilometer mark. The Model S P85 road warrior seemed destined for history then, with the feat being recognized by a representative of the Guinness Book of World Records. By then, however, the car had already changed its battery pack once and its drive unit three times.

The vehicle has since needed more replacements. Its battery, a used 63.1 kWh pack that was installed at the 1,202,000 km (746,000-mile) mark, had 211 miles of range in the beginning, and today, it still has 192 miles of range per charge left. The Model S has also gone through several more electric motors since it reached the 1 million km mark. Gemmingen noted that he is now on his eighth electric motor, and that the last few replacements have been underwhelming.

This does not take away from the impressive record set by the all-electric car, of course. However, Gemmingen admitted to The Driven that while he would like to continue setting records and possibly pushing for a 2-million-km record within the next two years, he is at an impasse. This was because he had reached out to Tesla about his plans, but the company had been silent.

Thus, Gemmingen, an avid electric vehicle supporter who set out to prove that EVs were viable road trip machines at a time before Tesla Superchargers were a thing, is now pondering if he should try pursuing records in other electric vehicles. He mentioned the Lucid Air, which has a range of 520 miles, as a potential contender for his next vehicle.

“If I keep going like this, no problem. I’m toying with the idea of ordering a Lucid Air with a range of over 800 km and setting more records,” Gemmingen said.