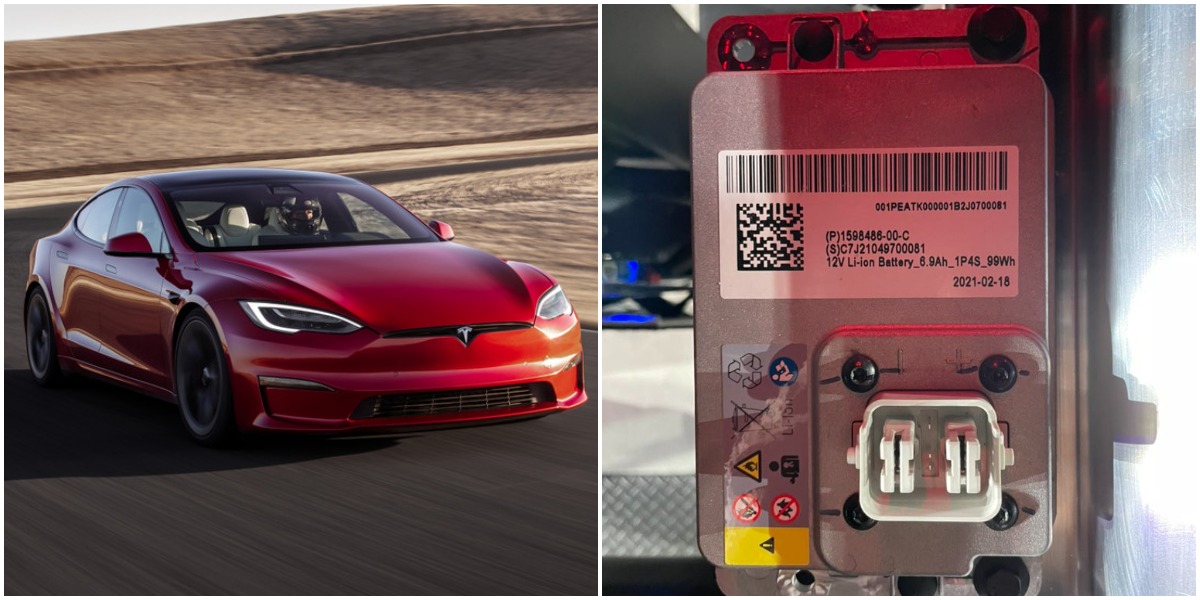 Among the many changes that Tesla implemented in the new Model S Plaid, a new, 12-volt lithium-ion battery is one of the most subtle yet significant improvements the company made to its flagship sedan. The new 12V li-ion battery replaces the conventional lead-acid battery that has been considered the “standard” in automobiles for a long time. However, Tesla aimed to improve the life cycle of this low-voltage cell to improve convenience and lifespan for owners.

The new, smaller, more compact 12V battery actually holds several advantages over the previously used battery that Tesla used. While weight and size are obvious improvements, one of the biggest advantages is an increased lifespan. The previous lead-acid battery did not have a consistently long lifespan and was sometimes changed up to three times a year by some owners. This could be due to the overwhelming amount of strain that is put on battery cells when running an electric vehicle. In gas-powered and combustion engine vehicles, the lead-acid battery is a suitable choice because it is only used for starting the engine and minor electrical tasks like powering interior lights. In electric cars, the 12V battery could handle more tasks, thus decreasing the battery life.

Lithium-ion batteries are more suitable for EV applications, especially as lead-acid batteries are more advantageous to utilize with vehicles that have high currents when starting an engine. This doesn’t apply to electric vehicles, and owners have been upgrading to lithium-ion 12V batteries for some time.

Initial photos of the new lithium-ion 12V battery seem to illustrate a significant number of advantages, including size and weight. A photo from Tesla Raj shows just how compact the new battery is, leaving more space under the hood and eliminating some of the weight that was held by the previous lead-acid battery.

Looking into the specs that Tesla outlines in its new Model S owner’s manual, the low voltage battery has a rating of 6.9 amp hours, with a voltage of 15.5v. Previously, Tesla utilized a 33 amp-hour or higher battery with a 12V negative ground.

The Model S Plaid could be looked at as a transitional vehicle for Tesla’s future models. Not only is the car a marvel of software and infotainment, but Tesla also utilized subtle technologies, like the new 12-volt battery lithium-ion battery to remove weight and increase space, to make the Plaid Model S its best vehicle to date.

Check out Tesla’s unveiling of the Plaid Model S below.