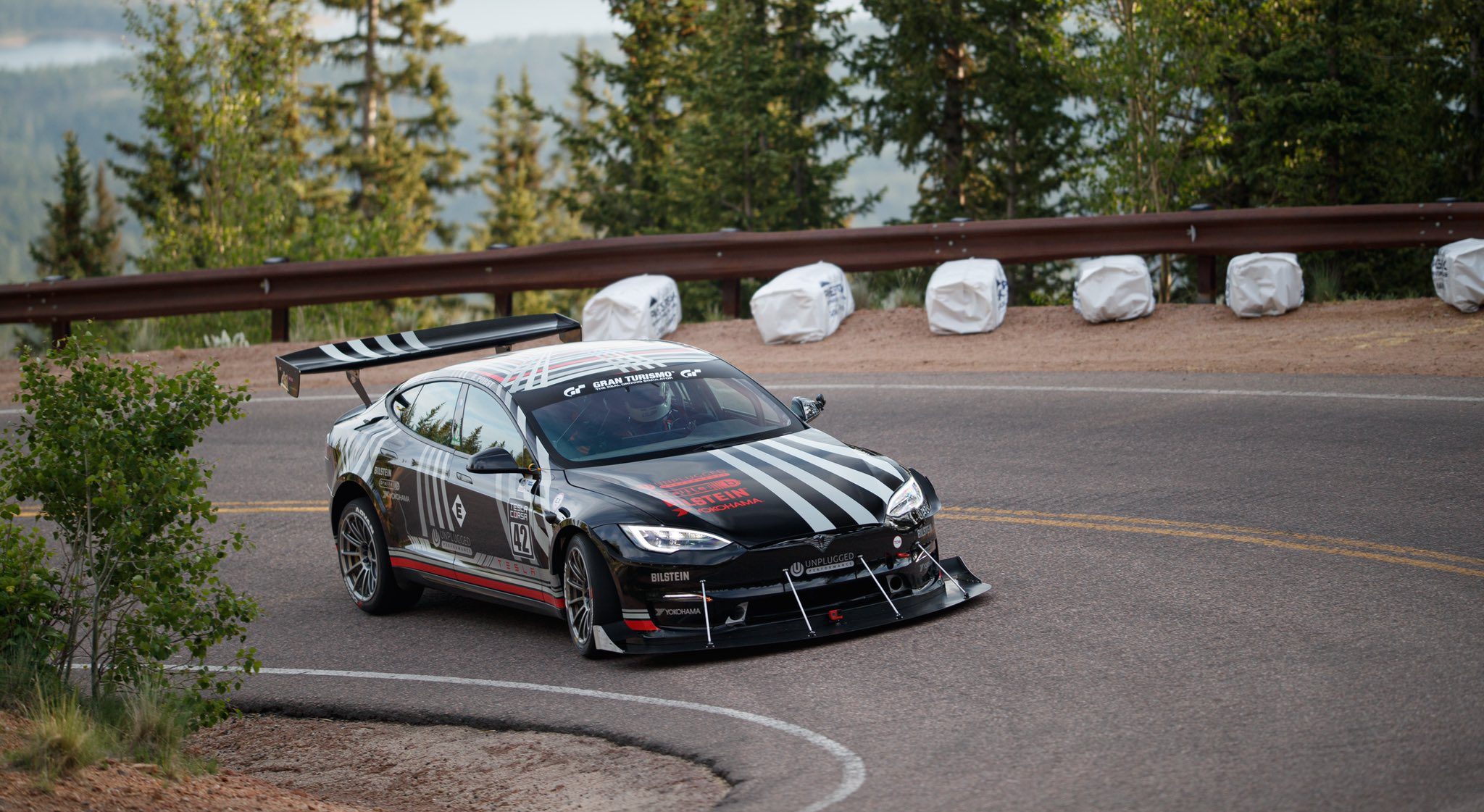 Earlier this week, Probst ran an impressive 2:40-second time on a different section of the hill climb. The Model S Plaid topped out at 136 MPH while driving at 14,000 feet above sea level.

In Exhibition, Randy Pobst posted a solid 4:10 to earn P1 in the @Tesla #ModelSPlaid. ⚡️ Coming in 2nd is @DaiYoshihara in the #Model3 and 3rd, Nick Robinson in an Acura #NSX!
•
📸 Louis Yio#PPIHC2021 #PPIHC #PikesPeak #PikesPeakHillClimb #Exhibition #Qualifying pic.twitter.com/tpMeVQm2gs

Only three vehicles could best Probst time in the Model S Plaid, but they were not in the same division. Three cars in the Open Wheel division recorded times better than Probst, but these vehicles are much more suited for the tight corners and difficult terrain of the Pikes Peak Hill Climb. Open Wheel vehicles, also called Modifieds in some race promotions, have relatively open chassis designs, and the vehicle’s body does not cover the tires. These cars are known for impressive handling and speed. The record time for the Open Wheel division was set by Paul Dallenbach, brother of 8-year NASCAR veteran Wally Dallenbach. Dallenbach’s time of 3:52.497 was an Open Wheel Division qualifying record, according to Racer.

As previously noted, Probst’s time of 4:10.342 was the best in the Exhibition class, but he wasn’t in the only Tesla running lightning-quick laps. Daijiro Yoshihara is driving a 2018 Tesla Model 3 and ran his best time of 4:15.653 during Wednesday’s session. Another Model 3 driven by Joshua Allan, who drove a Model 3 in the 2020 event, ran the fifth-quickest time in the Exhibition division on Wednesday with a time of 4:33.940.

The fastest time during Wednesday’s session was run in the Time Attack 1 Division by 2021 Bentley Continental GT3 driver Rhys Millen, who ran an unbelievable 2:25.40 second lap.

Check out Probst’s run from Wednesday below, courtesy of Unplugged Performance on YouTube.