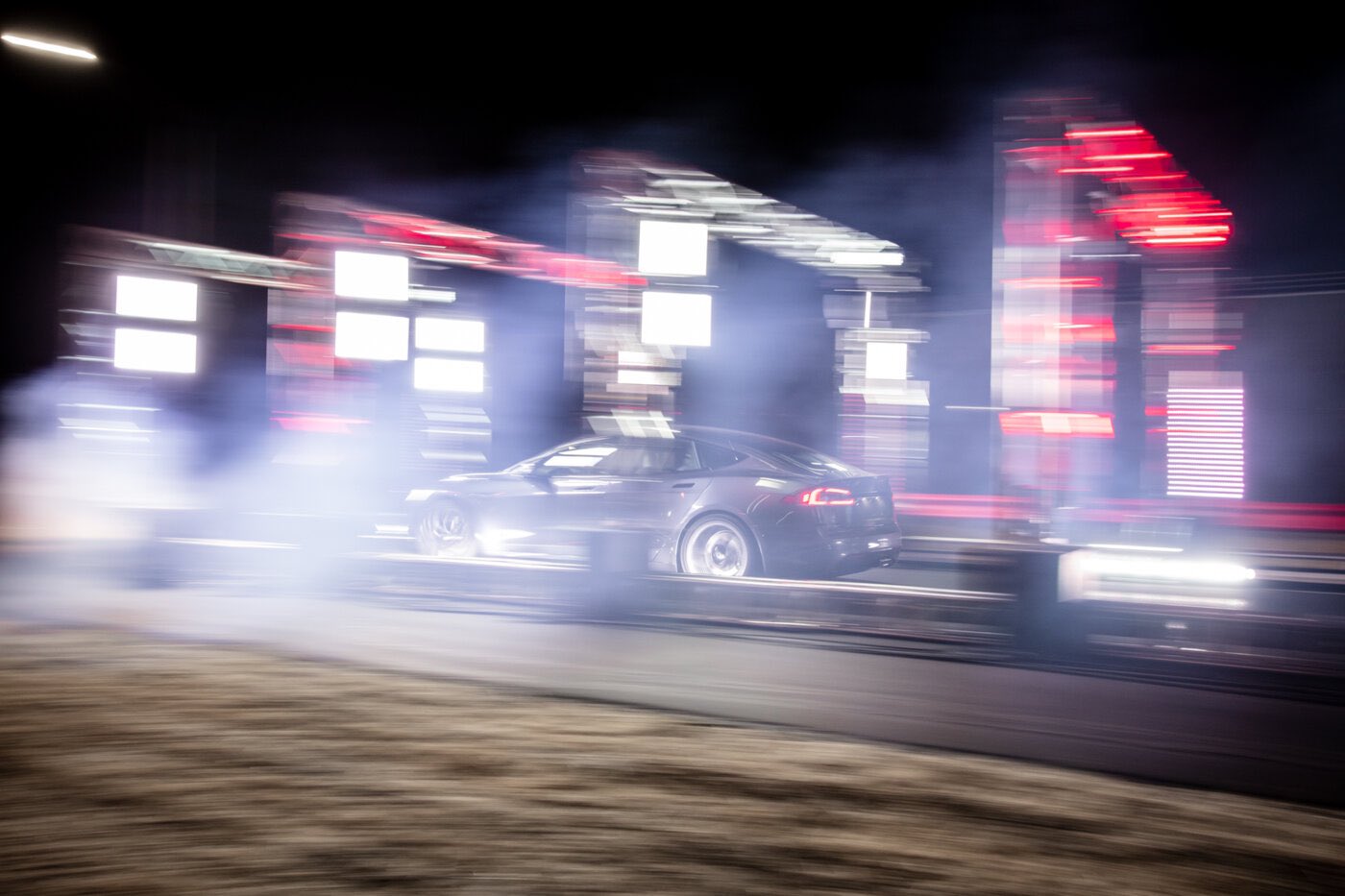 If one were to say nine years ago that Tesla’s first ground-up vehicle, the Model S, would eventually be quick enough to beat the specs of literal supercars while still being practical enough to not look out of place with child seats and groceries at the back, one would likely have been laughed out of the room. The Model S debuted with a 0-60 mph time of over 5 seconds in its base version, after all, and even then, it was already plenty quick.

But Tesla is a company obsessed with constant improvements, so much so that the company, as per automotive teardown expert Sandy Munro, moves at the “speed of thought.” This has allowed Tesla to make improvements to the Model S at such a rate that the vehicle has now turned into something that is the equivalent of an all-electric monster, both on the drag strip and on the track.

With the first deliveries of @Tesla‘s Model S Plaid there are more and more videos of its crazy performance. You‘re watching a stock 4-door family sedan pulling a 60-120MPH in less than 4s. Mindblowing 🤯 #tesla #plaid #modelsplaid Video by Steven Thompson on YouTube! pic.twitter.com/efJnPuXwTA

Dragy measurements from the Plaid Model S. 60-120 even quicker than anticipated. 3.84s. I don’t know what to say 😶 #teslamodels #plaid #plaidmodels pic.twitter.com/OszTdaQgoc

The Model S Plaid’s acceleration from 60-120 mph places it well within the realm of supercars. The McLaren 765LT, for example, is hailed as one of the market’s most formidable supercars, with its 60-120 mph acceleration of 4.1 seconds. It should also be noted that the McLaren 765LT is a proper supercar that costs $375,000, not a four-door family sedan that could comfortably seat four to five people while streaming Netflix on its 17-inch touchscreen.

During the Model S Plaid’s delivery event, Tesla CEO Elon Musk remarked that the flagship sedan exists to establish the notion that electric cars could be the world’s most formidable vehicles, full stop. With over 1,000 horsepower, a 1.99-second 0-60 mph time with rollout, and its sub-4-second 60-120 mph acceleration, the Model S Plaid definitely seems to be a vehicle that could accomplish Elon Musk’s goals.

Watch the Tesla Model S Plaid accelerate from 60-130 mph in the video below.