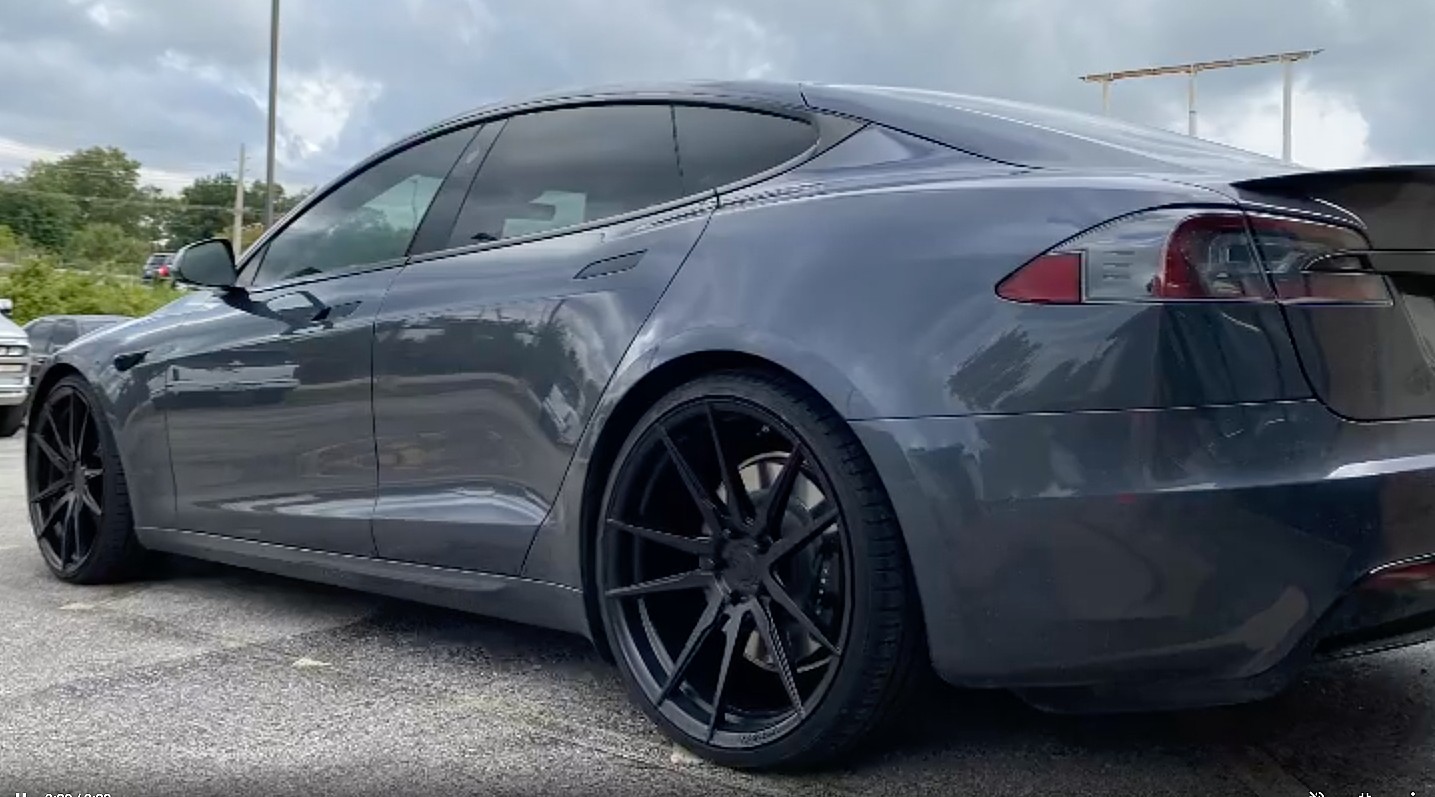 Update: A later statement from @situation_coyote, the Model S Plaid’s owner, has revealed that the 8.94-second quarter-mile pass was partly the result of a timing system glitch during the vehicle’s run. As a result, the Model S Plaid’s quarter-mile record remains at 8.994 seconds for now, courtesy of George Dodworth and his wife Christine, who achieved the run last November.

It may need some help from weight-saving measures, but the Tesla Model S Plaid can definitely become an eight-second car. It’s an incredible feat, and one that Tesla CEO Elon Musk personally acknowledged on Twitter.

The Tesla Model S Plaid is already an amazingly quick car. Equipped with three electric motors, the vehicle is listed on Tesla’s online configurator with a 0-60 mph time of 1.99 seconds and a quarter-mile time of 9.23 seconds with a trap speed of 155 mph. These are already insane in their own right, considering that the Model S Plaid is a full-sized sedan that comfortably seats five.

Yet as highlighted recently by Brooks Weisblat of the DragTimes YouTube channel, a Tesla Model S Plaid has actually achieved numbers that were far more impressive than those quoted by the EV maker. According to Weisblat, a Model S Plaid managed to run an 8.94-second quarter-mile with a trap speed of 156 mph. This is something that may very well have been considered impossible before the advent of the modern electric car.

A video of the Model S Plaid’s record-setting run was included by the drag racing enthusiast, and in it, one could clearly see the full-sized all-electric sedan blitzing through the quarter-mile like something out of a sci-fi movie. The whine of the Plaid’s three electric motors was audible, though it still betrays just how quick the vehicle accelerated over the course of its quarter-mile sprint.

Interestingly enough, the record-holding Model S Plaid had a pretty interesting history. As noted by the DragTimes host on Instagram, the vehicle actually belonged to another racing enthusiast, @situation_coyote, who has since sold the all-electric sedan after just 11k miles. In a post about the vehicle, the Model S Plaid owner noted that the vehicle had “a lot of weight taken off” during its record-setting quarter-mile pass. He also noted that the Plaid’s tires were “shredded” after its quarter-mile runs that day.

The Tesla Model S Plaid is a pretty impressive vehicle out of the factory. This means that even with relatively minor modifications like weight-saving measures, the vehicle could easily become a monster on the drag strip — at least one that can complete the quarter-mile in 8.94 seconds. Those figures are already in the realm of hypercars like the Rimac Nevara, or at least purpose-built drag racers that quite literally gulp down fuel to propel themselves forward.