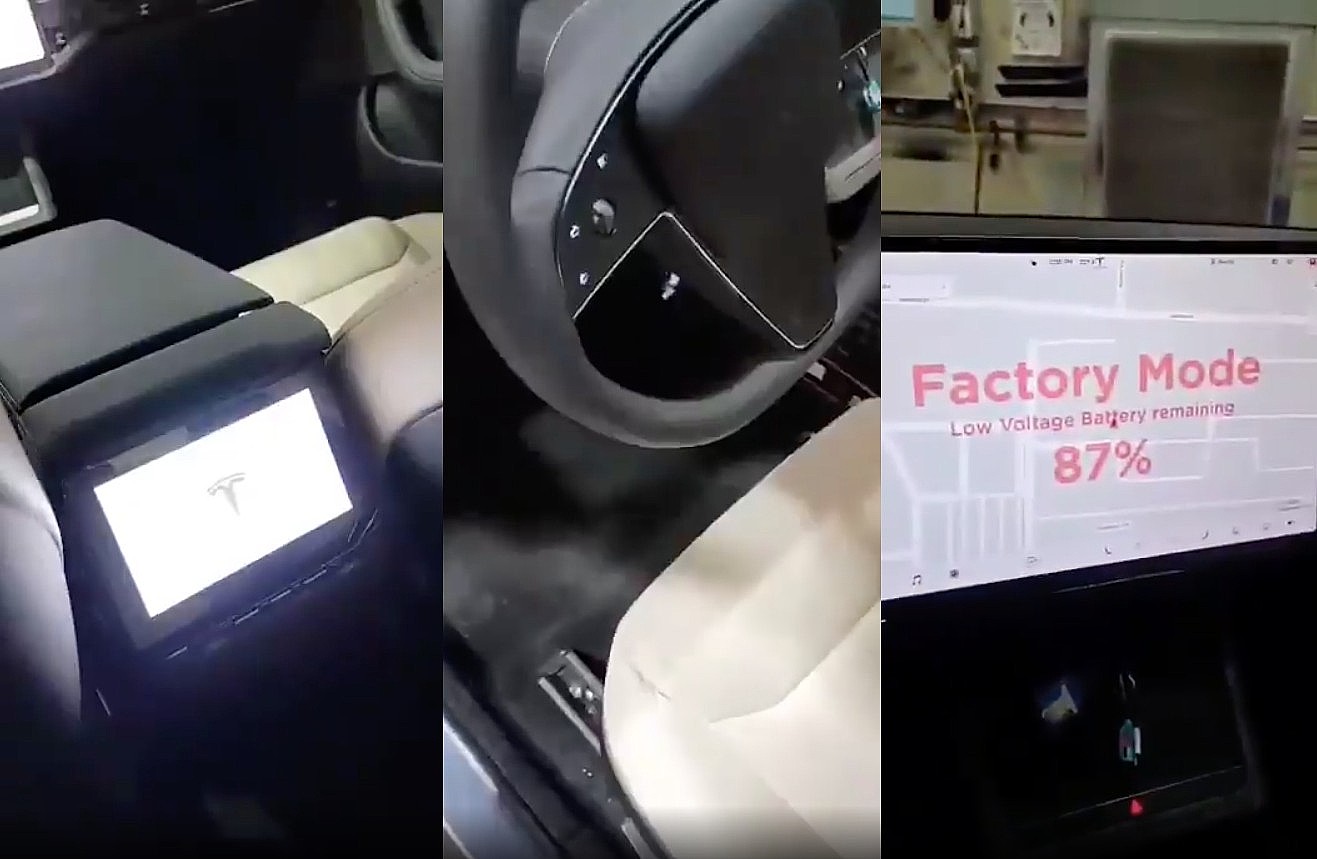 Amidst recent sightings of the Tesla Model S refresh in the wild, a video of the upcoming all-electric flagship sedan’s fully revamped interior has now emerged. The short clip provided a first look at several of the Model S refresh’s new interior elements, including its 8″ second-row display, steering wheel with lighted buttons, and large 17″ center display.

Just recently, a white Model S refresh was photographed while it was parked in Carmel, CA. The vehicle featured several interesting elements, such as ventilated seats and a non-yoke steering wheel that strangely didn’t have any of the buttons featured in the Model S refresh’s online configurator. Some of the vehicle’s interior trim was also taken off, providing a look at the large sedan’s HVAC system and door trim.

This Model S refresh seems to be the same car featured in the recently-shared interior video, at least based on the fact that both vehicles had their door trim and HVAC system exposed. The Model S refresh was also equipped with a non-yoke steering wheel on both the Carmel, CA sighting, and on the short interior clip.

As could be seen in the recently-shared Model S interior video, the revamped flagship sedan’s steering wheel buttons light up when the vehicle is turned on. The short clip also provided what could very well be the first look at the vehicle’s 8″ second-row display, which rear passengers could use for gaming. Considering the size of the screen and the second row’s spaciousness, however, it appears that rear-seat gaming, especially among smaller passengers, would not be optimal when the Model S refresh is in motion.

This feels illegal to watch. pic.twitter.com/5UyY4pLiNU

Also notable in the quick interior video is the size of the 17″ center display, which holds the controls for most of the Model S refresh’s functions. The additional two inches of screen real estate compared to the already notable 15″ displays on the Model 3 and Model Y seems substantial, which suggests that the Model S and Model X refresh will likely provide passengers with an excellent media experience. 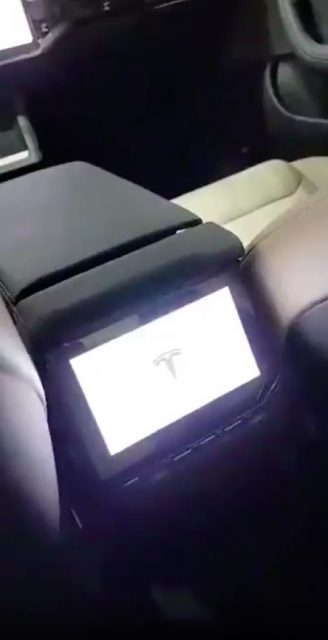 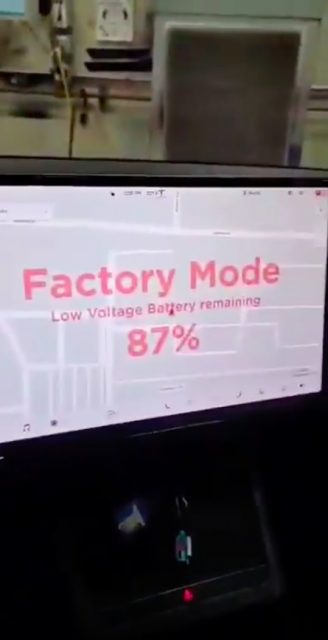 Elon Musk mentioned during Tesla’s Q4 FY 2020 earnings call that the new Model S would start deliveries this February. So far, no deliveries of the revamped flagship sedan have been reported online. However, the increased frequency of Model S refresh sightings does suggest that the vehicle’s deliveries are coming, perhaps just around the corner.