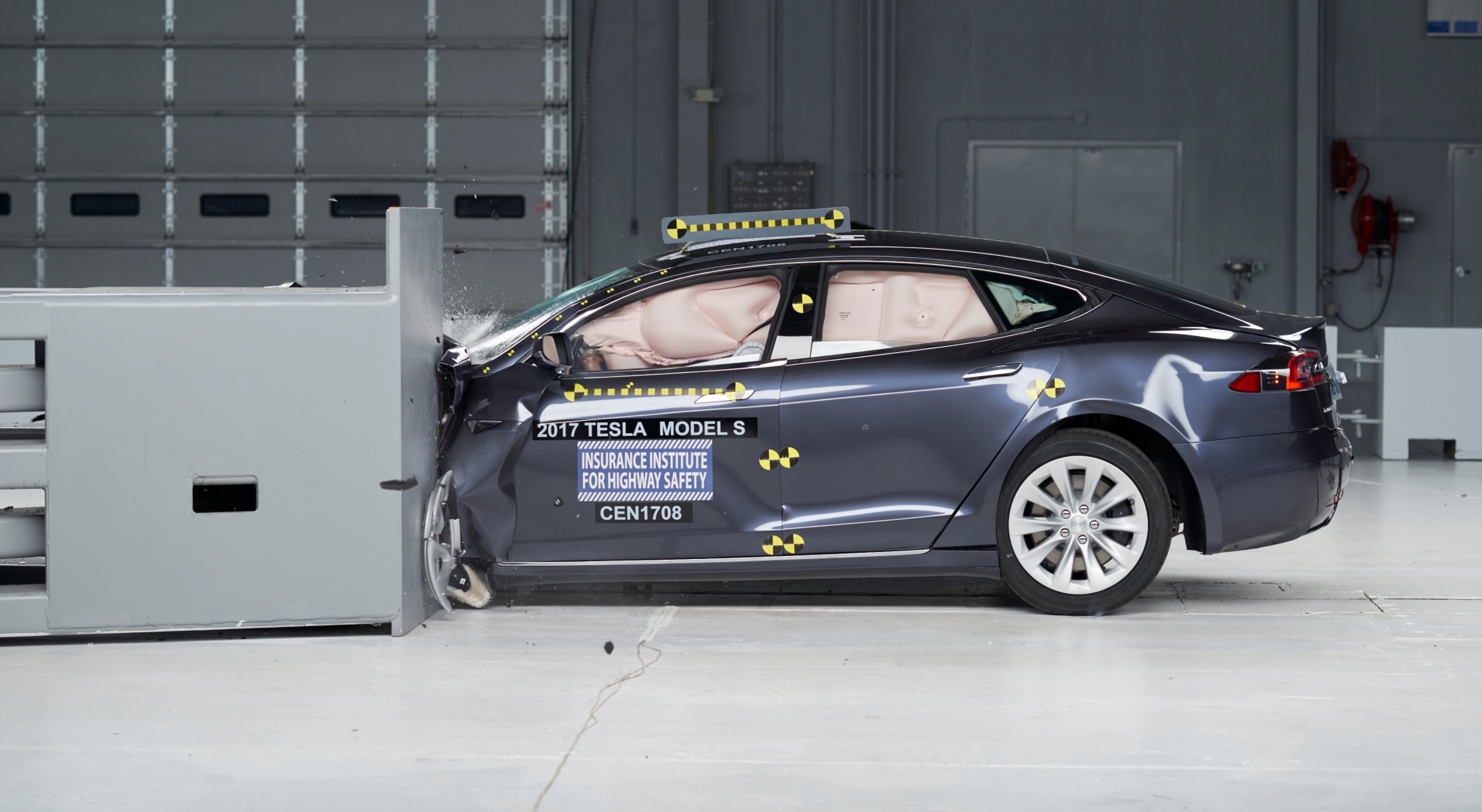 Tesla’s 2017 Model S has missed the Insurance Institute for Highway Safety’s (IIHS) top-safety pick+ rating, citing issues with the small overlap front test. Tesla had made changes to the vehicle in January to fix issues in this area, but the IIHS test results show otherwise.

“Tesla made changes to the safety belt in vehicles built after January with the intent of reducing the dummy’s forward movement,” IIHS said in a statement today. “However, when IIHS tested the modified Model S, the same problem occurred, and the rating didn’t change.”

Tesla’s changes to the vehicle in January were largely focused on the seat belt, but inconsistent wheel movement in the test actually performed worse than the previous test vehicle. “Maximum intrusion increased from less than 2 inches to 11 inches in the lower part and to 5 inches at the instrument panel in the second test,” IIHS said in their statement.

Tesla responded to the report, saying that Model S received the highest rating in IIHS’s crash testing in every category except in the overlap front crash test, where it received the second highest rating available. “IIHS and dozens of other private industry groups around the world have methods and motivations that suit their own subjective purposes,” said a spokesperson from Tesla. 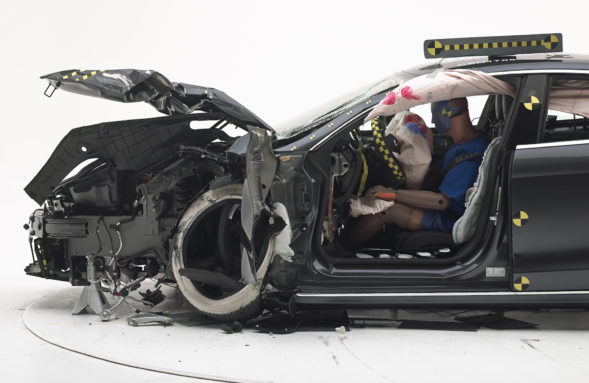 The test also damaged the front left portion on the battery pack, but the test vehicle didn’t contain battery cells in that area. The damage to the battery pack didn’t cause any changes to the rating.

“The greater deformation in the second test also resulted in damage to the left front corner of the battery case. The deformation was limited to an area that didn’t contain battery cells in the tested vehicle, so this damage didn’t affect the rating. Higher-performance variants of the Model S could have battery cells in this area, but, according to Tesla, they also have different structure. They haven’t been tested separately and aren’t covered by this rating.” reads the IIHS report.

IIHS tests also concluded that the Tesla Model S headlights earned a poor rating because they have yet to be rated for front crash prevention. The agency also noted that they were unable to test the vehicle’s automatic emergency braking system as Tesla only recently activated the feature via a software update.

Despite Model S’ top safety rating by the NHTSA, the person who oversaw the IIHS Model S crash test said, “If you’re looking for top-line safety, we believe there are other, better choices than the Model S.”

Vehicles winning the Top Safety Pick+ include the Lincoln Continental, Mercedes-Benz E-Class, and the Toyota Avalon. The Tesla Model S received the highest rating in every other category besides the small overlap front test. The Tesla Model X recently received a 5-star safety rating from the NHTSA.