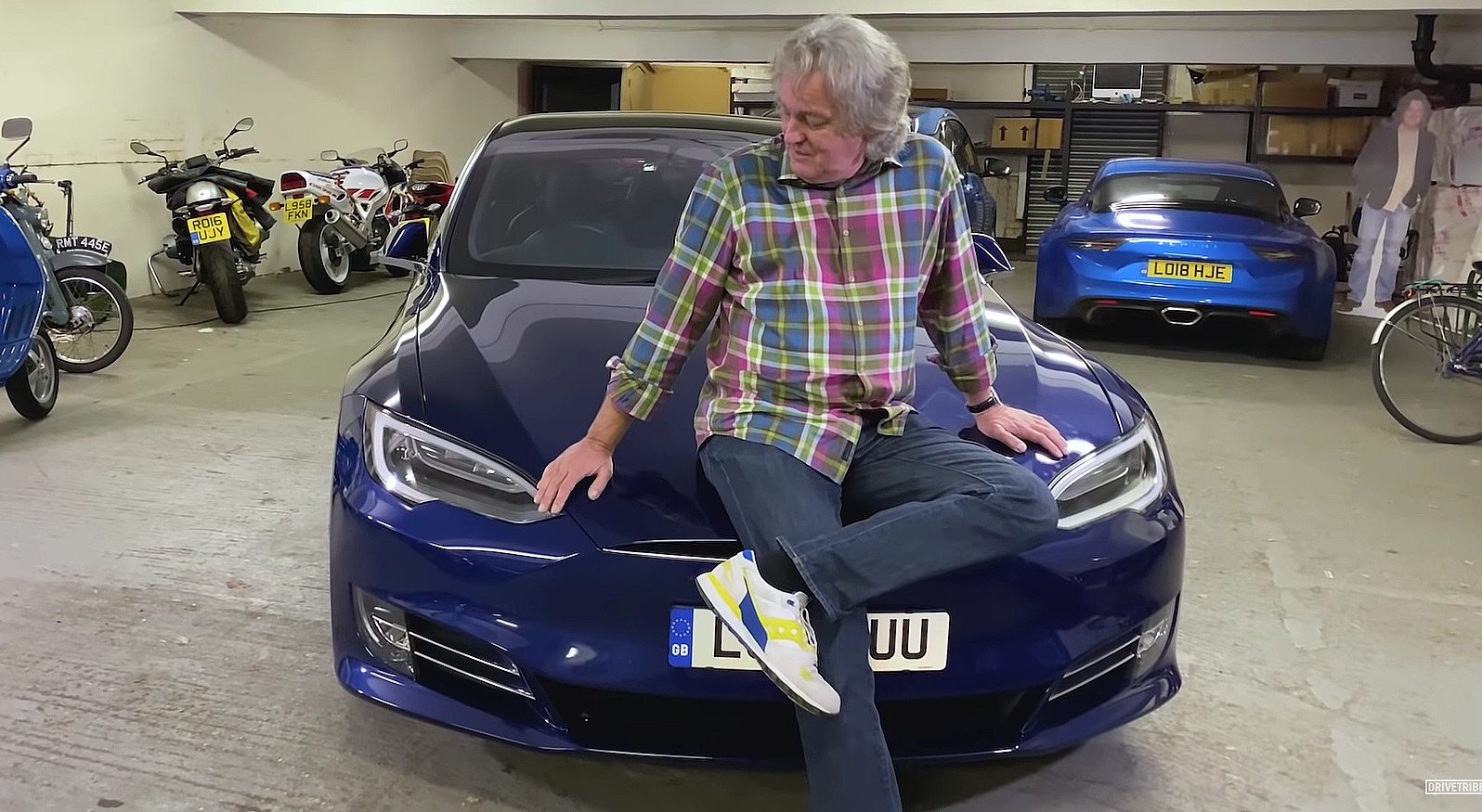 Electric cars nowadays are becoming more and more commonplace, so much so that they are starting to be perceived by many as just like every other vehicle on the road — not a novelty machine for a select few, but a legitimate option for those looking to purchase an automobile. This is a point recently highlighted by former Top Gear host James May in a video about his new car, a Tesla Model S.

Thanks in no small part to Tesla, electric cars have practically accomplished the impossible, sparking the interest of the public with regards to sustainable transportation. Now, it seems that EVs are inevitable, and it will only be a matter of time before the internal combustion engine sputters one final time. In a video posted by DRIVETRIBE, May admitted that he does not really know where the auto industry will go from this point, but he does know that electric propulsion will be the norm, in one way or another.

And that is pretty much why May purchased his Model S, a vehicle that the former Top Gear host describes as “just a car.” May notes that there was once a time when EVs were perceived as different, and they were treated differently too, for better or for worse. Such is not the norm anymore, as brands like Tesla have brought electric cars well into the mainstream market, to the point where EVs have gotten so commonplace.

So common, in fact, that a person who sees a Tesla will likely see it simply as a car (a good, fast, sleek one at that), and not as something more akin to a novelty item on four wheels. This is pretty notable, as Tesla’s goal with the Model S’ design was to make an electric car that is not just attractive to buyers because it is electric; it is attractive to buyers just because it’s a great car. Based on the theme of May’s video, Tesla appears to have been successful in this regard.

May did provide some of his personal insights about his new car, such as its large luggage space, its frunk, and its car-shaped keyfob. The former Top Gear host also expressed some of his thoughts about the Model S’ interior, which is spartan compared to other premium vehicles like the Mercedes-Benz S-Class. May noted that while the Model S’ interior is rather plain, he is also starting to perceive the fluff in conventional premium cars as a bit too much.

And that’s exactly what Tesla represents. The Model S is a premium vehicle unlike anything else on the market. It’s not a traditional car in the luxury segment in the way that it foregoes the traditional accents of a luxury car, but it does offer tech conveniences that are a notch or two above what rivals can offer. And that, in itself, bodes much about the future of the automobile.

Watch James May discuss his new Tesla Model S in the video below.