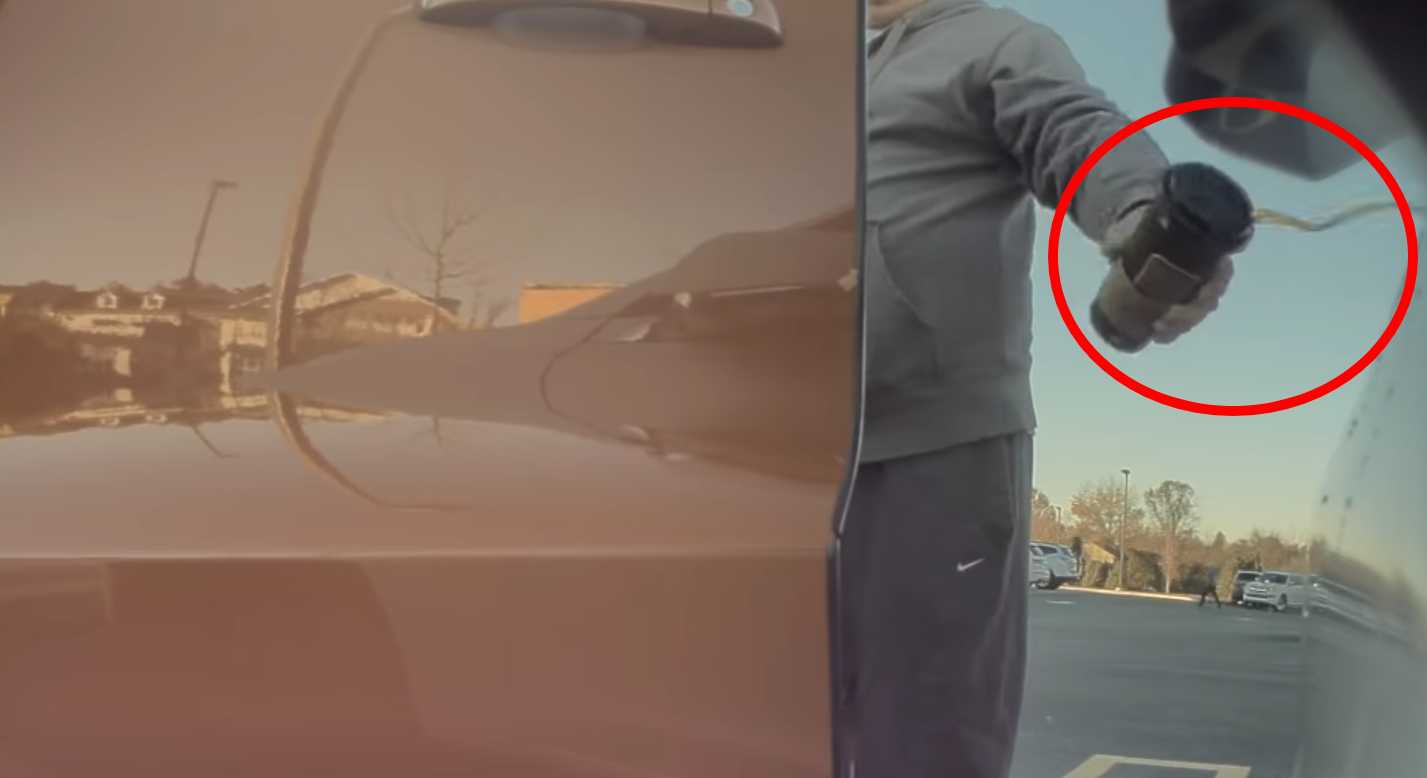 Since Tesla rolled out Sentry Mode, the built-in security feature has captured its own fair share of shocking incidents, from deliberate keying attacks to random acts of vandalism. Yet, even among the alarmingly large number of videos depicting such incidents, one recent Sentry Mode footage from a Model 3 has taken the cake just for the sheer senselessness of the vandalism involved.

Jose Rivas‘ Tesla Model 3 was parked beside a Dodge SUV at a Wawa parking lot in Richboro, PA when the driver of the gas-guzzling vehicle approached his vehicle while carrying two cups of coffee and a carton of milk. The man then started fumbling around his pockets for his keys, before putting one of the coffee cups at the roof of his car.

While this was happening, the man could be seen eyeing the all-electric sedan. This would have been a great time for the man to notice that the Model 3’s screen was displaying an alert stating that its suite of cameras was recording footage around the vehicle. Unfortunately for the Dodge owner, he did not seem to notice the message on the Model 3’s screen at all.

Thus, as he found his key and was about to enter his Dodge SUV, the man did something that was uniquely petty and senseless at the same time. Just before he entered his vehicle, beverage in hand, he turned back to the Model 3 and passive-aggressively threw some coffee on the all-electric sedan. He then backed up and drove away.

Unfortunately, the man’s Dodge SUV was not equipped with a license plate in front, since front license plates are not mandatory for vehicle owners in the area. Thus, it would be quite difficult to track the man who committed this seemingly random act of vandalism against the parked Tesla Model 3.

What is rather surprising about this recent incident is the whole pointlessness of it. With other Sentry Mode videos that have gone viral, one can argue that there was likely some envy involved since the perpetrators were using older vehicles that have seen better days. This was not the case in this incident, as the man’s Dodge SUV is quite new and obviously well taken care of.

While the number of Sentry Mode videos being shared online could be interpreted as Teslas being unfairly targeted in parking lots, it should be noted that random acts of vandalism also happen to other vehicles, particularly those from premium brands. Teslas just happen to have a security system that allows footage to be recorded around the car. And so far, no other automaker has equipped their most exclusive vehicles with such a feature.

Watch one of the most senseless acts of vandalism against a Tesla Model 3 to date in the video below.