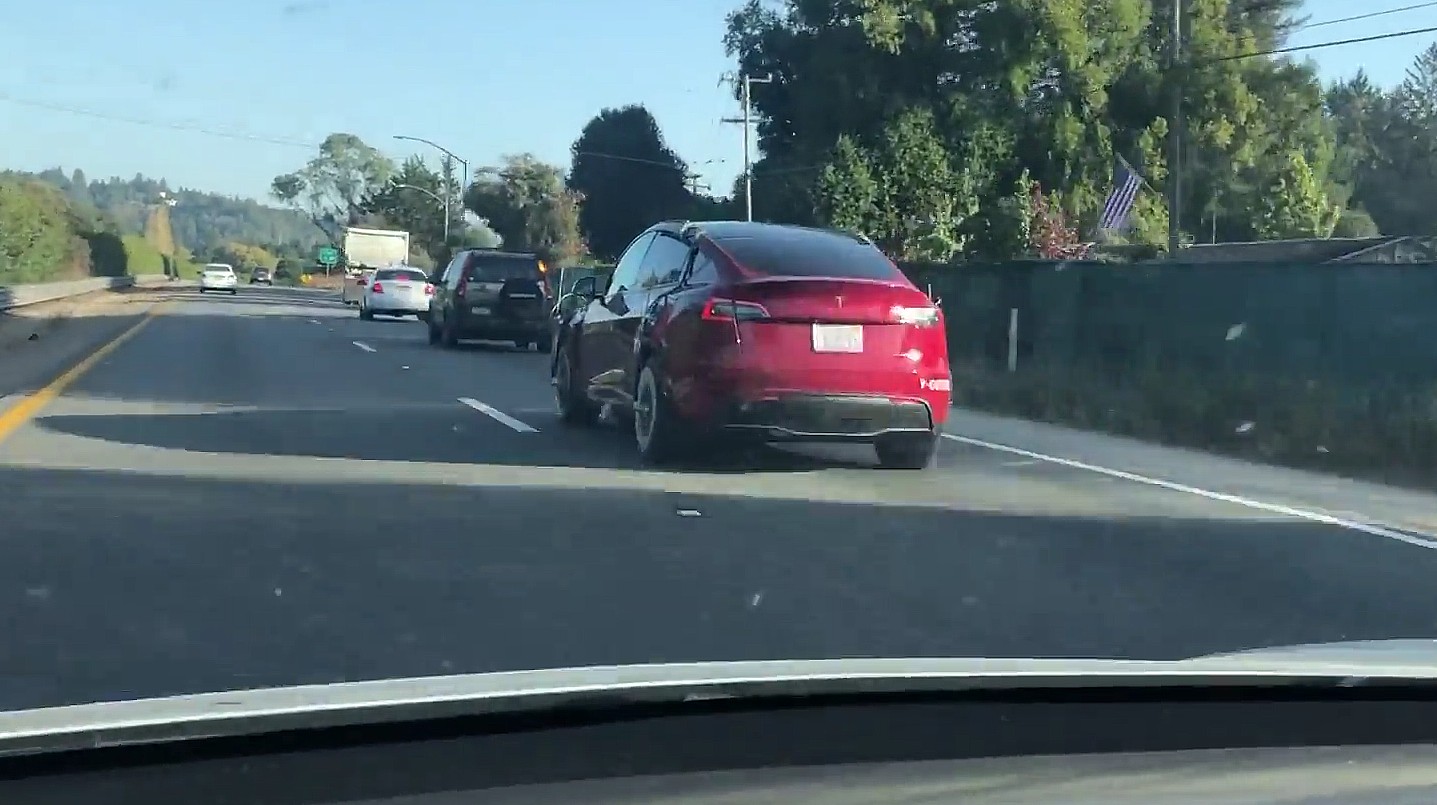 The Tesla Model Y has once again been spotted on California Route 17 performing testing ahead of its initial production dates set for 2020. The Red Multi-Coat Model Y seen in the video featured a chrome delete kit, as well as several measurement apparatus that are likely designed to calibrate the vehicle with Tesla’s driver-assist features such as Autopilot.

The video of the Model Y was captured by r/TeslaMotors subreddit member u/The_Xenocide, who was driving his Model 3 when it overtook the crossover utility vehicle. Similar to other sightings of the vehicle, such as its initial appearance in Palo Alto, California, the Model Y spotted in the most recent sighting was testing on real roads. With that being said, this appears to be the first Model Y unit spotted in the wild that is equipped with testing and calibration equipment.

The recent spike in Tesla Model Y sightings bodes well for the production of the upcoming vehicle. Manufacturers test vehicles on the road when they are near production to make sure they are ready to be utilized by the public. It should be noted that Tesla Model 3 release candidates were spotted in the months leading up to the vehicle’s delivery date as well.

Tesla also mentioned during the Q3 earnings call that the Model Y production was being bumped up, as the company stated in its earnings report, stating that “Model Y equipment installation is under way in advance of the planned launch next year. We are moving faster than initially planned, using learnings and efficiencies gained from our Gigafactory Shanghai factory design.”

This was highlighted by CEO Elon Musk in the third quarter earnings call, when he emphasized his high expectations for the crossover. “I think it’s quite likely to — this is just my opinion, but I think it will outsell S, X, and 3, combined,” he said during the Q3 earnings call. This is a huge expectation, considering the Model 3 has already been recognized as one of the best-selling electric cars in the world.

The Model Y is also a vehicle that features a widely popular crossover body style that has overtaken the sedan as the most popular type of vehicle in the U.S. In fact, the Wall Street Journal reported in 2018 that America is falling out of love with the sedan, and flocking toward crossover and SUV body styles.

The Tesla Model Y will begin production in early 2020 and will feature 66 cubic feet of cargo space for storage, an EPA estimated 300-mile range and a variety of seating options, allowing for up to seven passengers. The Model Y will start at $39,000 for its base variant but will offer Long Range and Performance options as well.

Watch the recent Tesla Model Y sighting in the video below.