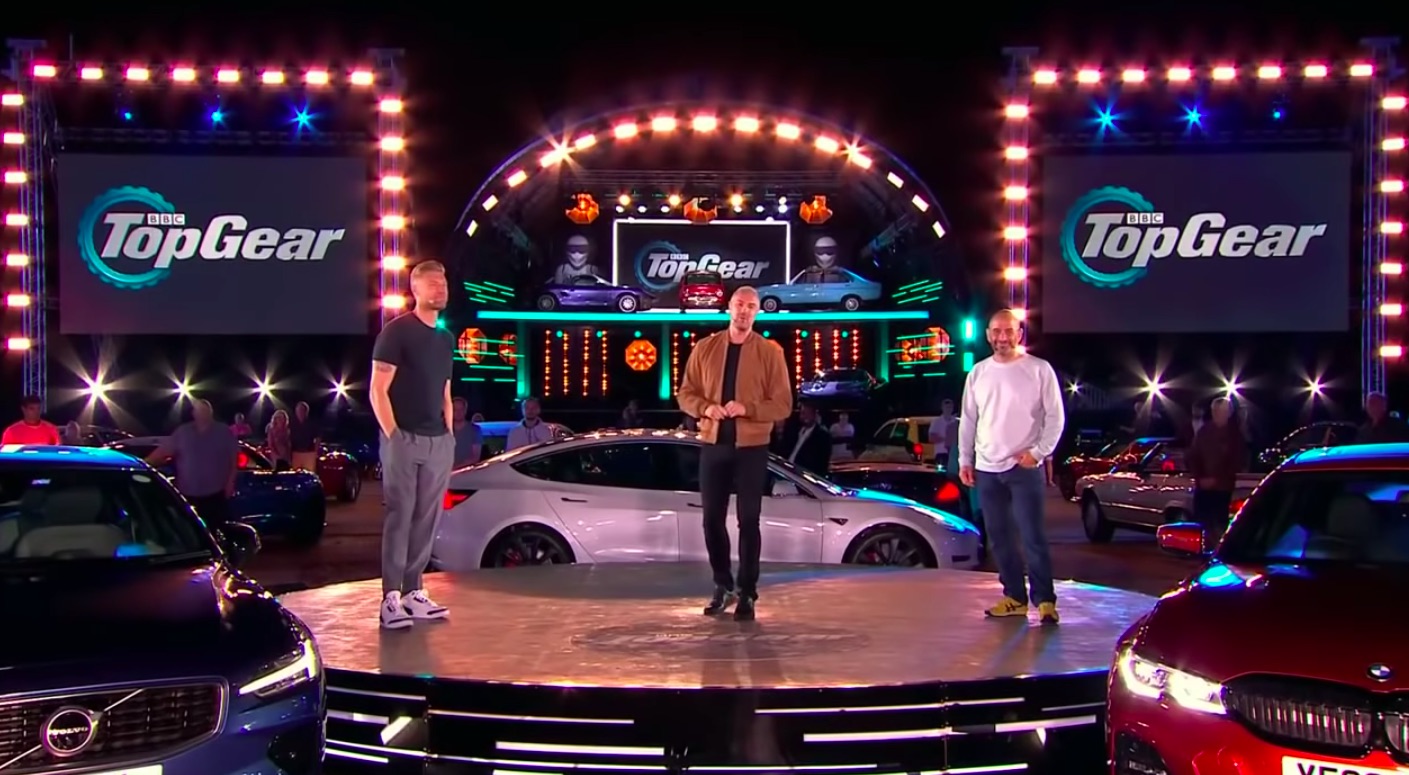 The Tesla Model 3 was recently featured in the debut episode of BBC’s Top Gear Season 29, with the vehicle participating in what the show dubbed as a 24-hour endurance test. Over the course of the test, the motoring show’s hosts, Chris Harris Freddie Flintoff, and Paddy McGuinness, ended up thoroughly appreciating the Model 3, both for its performance and its fun features.

Top Gear Season 29’s first episode featured a three-way test for the best “company cars” available on the market today. Three vehicles were selected: a hybrid BMW 3-Series and Volvo S60, and the all-electric Tesla Model 3. After splitting the cars amongst themselves and some good old-fashioned banter, the hosts were off on their 24-hour challenge.

In true Top Gear fashion, the 24-hour endurance test required some fast driving, including a hot lap around a closed circuit and a time attack run in a multi-level parking garage. The BMW 3-Series driven by Harris took the win in the hot lap test, but the Model 3 driven by McGuinness took a commanding lead in the multi-level parking garage time attack. During the run, Harris candidly noted that the Model 3 may actually be “too fast” for such a test, due to the vehicle’s acceleration.

Yet in perhaps the most entertaining part of the Top Gear episode came while the Model 3 was being charged. With the hosts not being allowed to step out of their vehicle during the duration of the 24-hour test, Harris and Flintoff, both of whom were finished refueling their hybrids, were complaining that they were bored waiting for the Model 3 to charge. That was when McGuinness discovered something unique in his car: Tesla’s “Caraoke” feature.

Needless to say, the three hosts proceeded to enjoy themselves thoroughly while singing along to some popular tunes. Eventually, the trio even invited the public for their karaoke session, inviting everyone to sing along to Neil Diamond’s “Sweet Caroline.” Flintoff, who jokingly admitted that he is never one to decline a karaoke invitation, noted that he would probably buy the Model 3 just for its fun features.

Other parts of the episode featured typical Top Gear fare, such as Flintoff damaging his Volvo and McGuinness cheating his co-hosts by sneaking out and sleeping in a hotel. This prompted Harris to initially declare him and his BMW 3-Series as the winner of the challenge. When asked if he would choose the hybrid as a company car, however, Harris flat-out stated that he would personally choose the Tesla instead.

“No, I’d have the Model 3. It’s fantastic,” Harris concluded to much applause from the Top Gear audience.