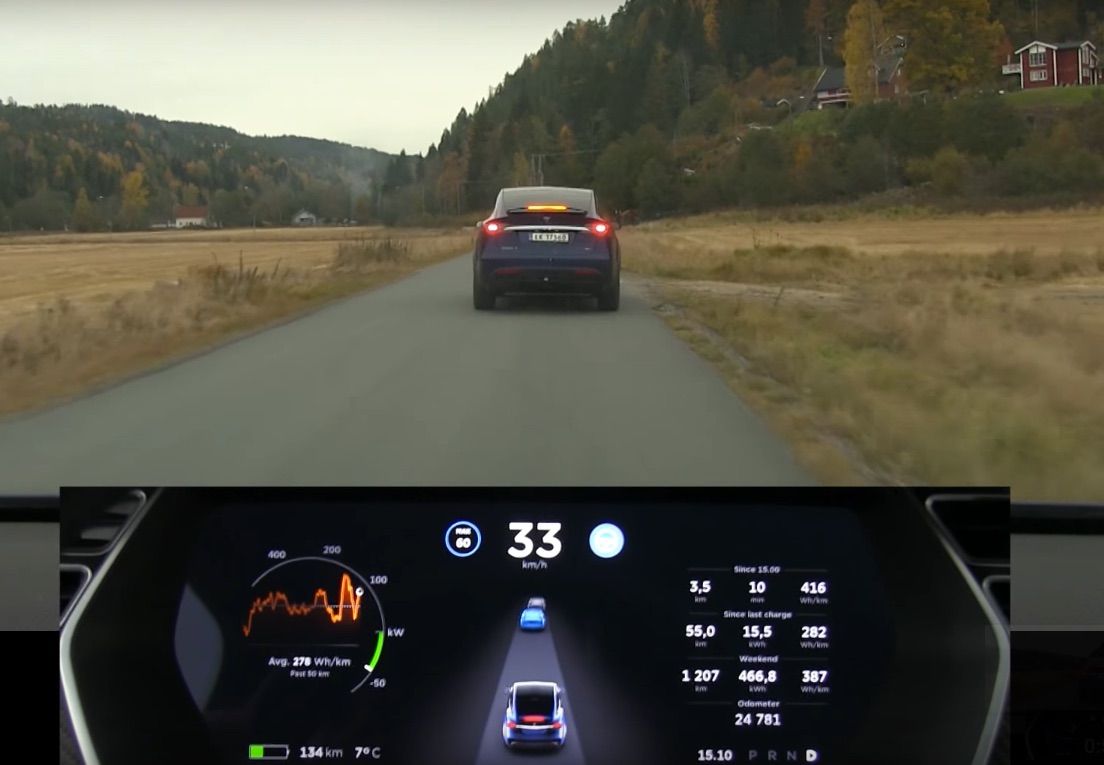 Tesla’s latest v8.0 firmware update places more emphasis on input received from the vehicle’s forward-facing radar. By transmitting radar pulses beneath and around a car, Tesla Autopilot is able to “see” what is going on two cars ahead. In theory, that means if a vehicle two cars ahead comes to a quick and sudden stop, Autopilot will be capable of detecting the decelerating vehicle quicker than a human can react and step on the brake.

Now thanks to Bjørn Nyland, we can see this phenomenon take place in real time. Together with two friends, Bjørn staged a drive along a single lane road with two cars ahead of him. The driver of the lead car was told to come to a halt on a prearranged signal and at a place in the road where Bjørn could not see him. The plan worked perfectly. The lead driver applied the brakes after an audible countdown. Bjørn’s car detected it, as noted by the icon on the vehicle’s instrument cluster after turning from grey to white. The visual indicator lights up even before the brake lights from the car ahead is activated. This is presumed to be an indicator that Autopilot 8.0 has improved on its ability to react to emergency braking situations.

Self driving technology is moving ahead quickly. Recently, NVIDIA showed off its deep learning network that trained itself how to detect obstacles based on driving data collected   from California roads. NVIDIA components already power the touchscreen found in the Model S and Model X but the company will also reportedly get more deeply involved with Tesla in the next generation of Autopilot.