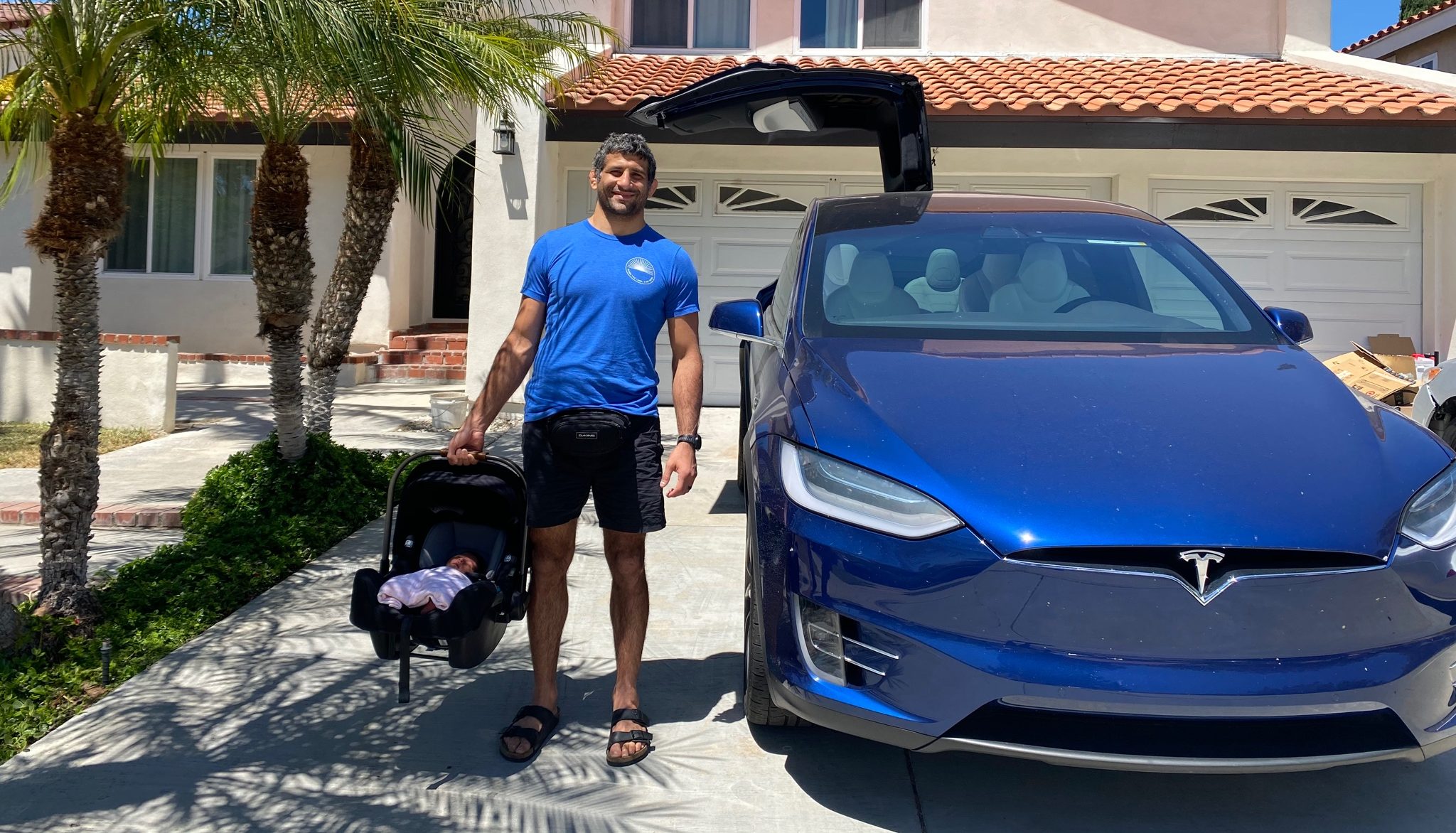 UFC Fighter Beneil Dariush gets his Tesla Model X, and the reason he ordered it

UFC lightweight contender Beneil Dariush finally has a Tesla Model X in his possession, and he also has the reason he ordered the vehicle: his newborn daughter.

On May 15th, Dariush got the biggest win in his UFC career by defeating former Interim Lightweight Champion Tony Ferguson in a dominant unanimous decision victory that displayed his well-rounded Brazilian Jiu-Jitsu skills. The real show came after the fight with Ferguson, however, as Dariush called out Tesla CEO Elon Musk, asking where his Model X was after he had been waiting several months for the all-electric SUV.

In the post-fight interview with Joe Rogan, Dariush said:

“I wanna call somebody out. Joe, I’m wanna call out your buddy. Elon, Elon Musk, where’s my wife’s car, bro? I’ve been waiting six months. I’ve had a baby, I need a good car. I need to–I gotta protect my daughter. Let’s go, Elon! Get me my car!”

Musk eventually apologized for the delay, and Dariush was given a Model Y loaner by Tesla a few days later. His agent, Ali Abdulaziz, said that the car was given to Dariush “until his order is ready.”

Now, Dariush posted a new photo with his Model X and his newborn daughter Alva.

Praise God baby Alva is finally here!
Thank you @Tesla for providing us with the safest car to bring her home❤️ pic.twitter.com/ai8xocomwL

“Praise God baby Alva is finally here! Thank you @Tesla for providing us with the safest car to bring her home,” Dariush said.

The delays to the Model X were caused by Tesla’s decision to “refresh” the Model S and Model X, the company’s two flagship vehicles. The Model S was finally delivered to customers last week at Tesla’s Plaid Delivery Event, and the Model X won’t be delivered until Q3 or Q4, according to some who have ordered the vehicle.

That makes it unclear whether this is just another loaner that Tesla gave to Dariush or if he revised his order to accept an inventory car instead. Regardless, Dariush finally has a Model X in his driveway, along with the reason he bought the vehicle in the first place. One of the world’s best fighters now has the safest car on the market, which will keep his baby girl safe at all times while the lightweight contender drives her to training sessions or to his next fight.

Congratulations, Beneil, on your daughter and your Model X!

UFC Fighter Beneil Dariush gets his Tesla Model X, and the reason he ordered it