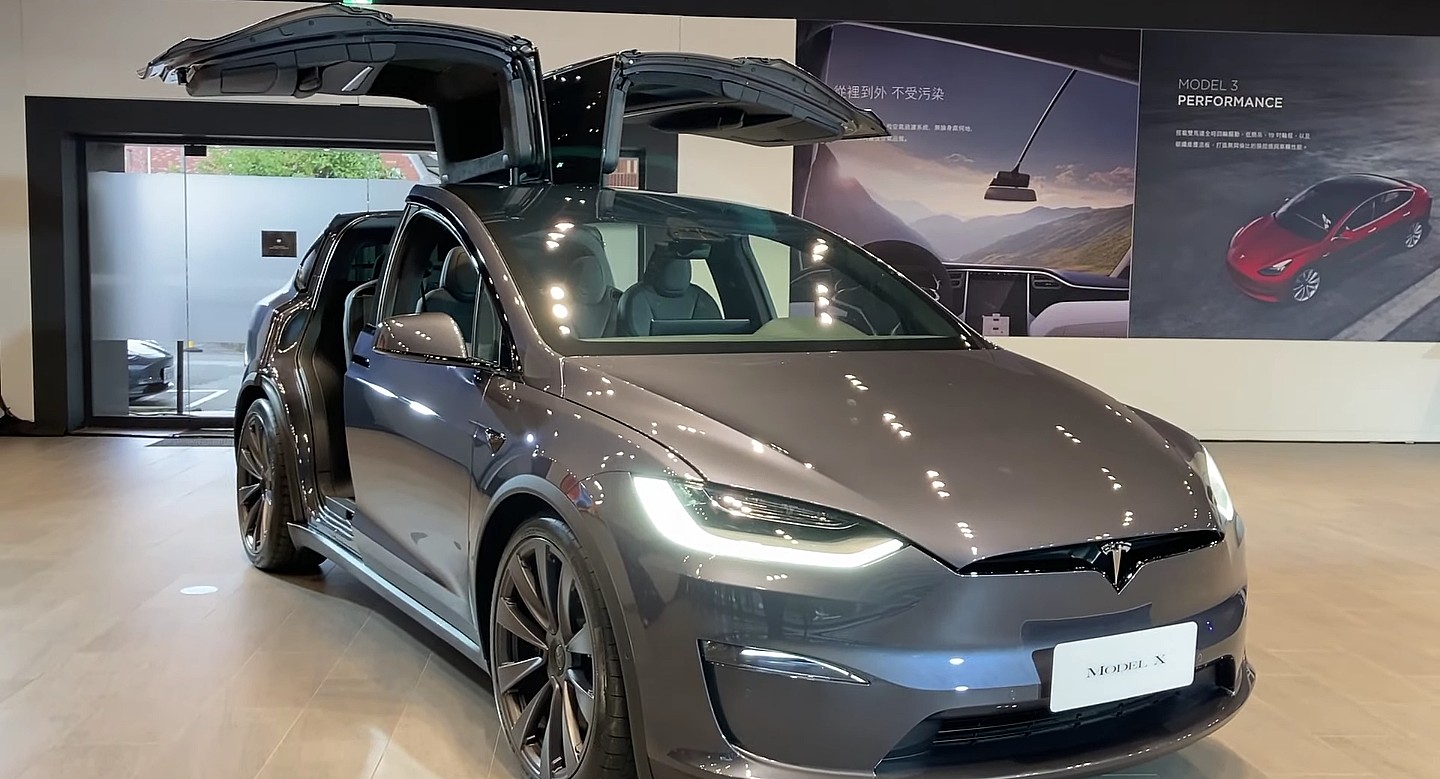 It appears that the Tesla Model X Plaid’s seven-seat configuration is far from dead. Despite the vehicle’s configurator in the United States only offering a six-seat option for the vehicle recently, a seven-seat Model X Plaid was recently unveiled in Taiwan during a special press event.

The flagship all-electric crossover SUV was showcased in Taiwan beside its sedan sibling, the Model S Plaid. Avid Tesla owners and enthusiasts were quick to point out that the Model S Plaid brought over for the event featured what appeared to be hardware upgrades, from apparent matrix projector headlights, updated taillights, and a native CCS2 charging port. The Model S Plaid with updated components was eventually covered up by Tesla.

As could be seen in video walkthroughs from local media representatives who attended the Taiwan event, the Model X Plaid was also equipped with a native CCS2 charging point. Reviewers who had time to explore the vehicle commented on how quick the Model X Plaid’s AMD-powered infotainment system was, with the Tesla reportedly loading streaming apps like YouTube and Netflix in just about 5-10 seconds. Scrolling through content was also very easy, as the display was extremely responsive.

While the Model X Plaid mostly retains the exterior look of its predecessors, the vehicle’s fully-refreshed interior and supercar-matching specs have earned it a lot of praise among the attendees of the recently-held event. Tesla would undoubtedly have its hands full this year just meeting the existing demand for the Model X Plaid, but if the Taiwan-based press event is any indication, it appears that the company is at least looking to release variants of the flagship SUV that are not offered in the United States today.

Watch a walkthrough of the seven-seat Tesla Model X Plaid in the video below.