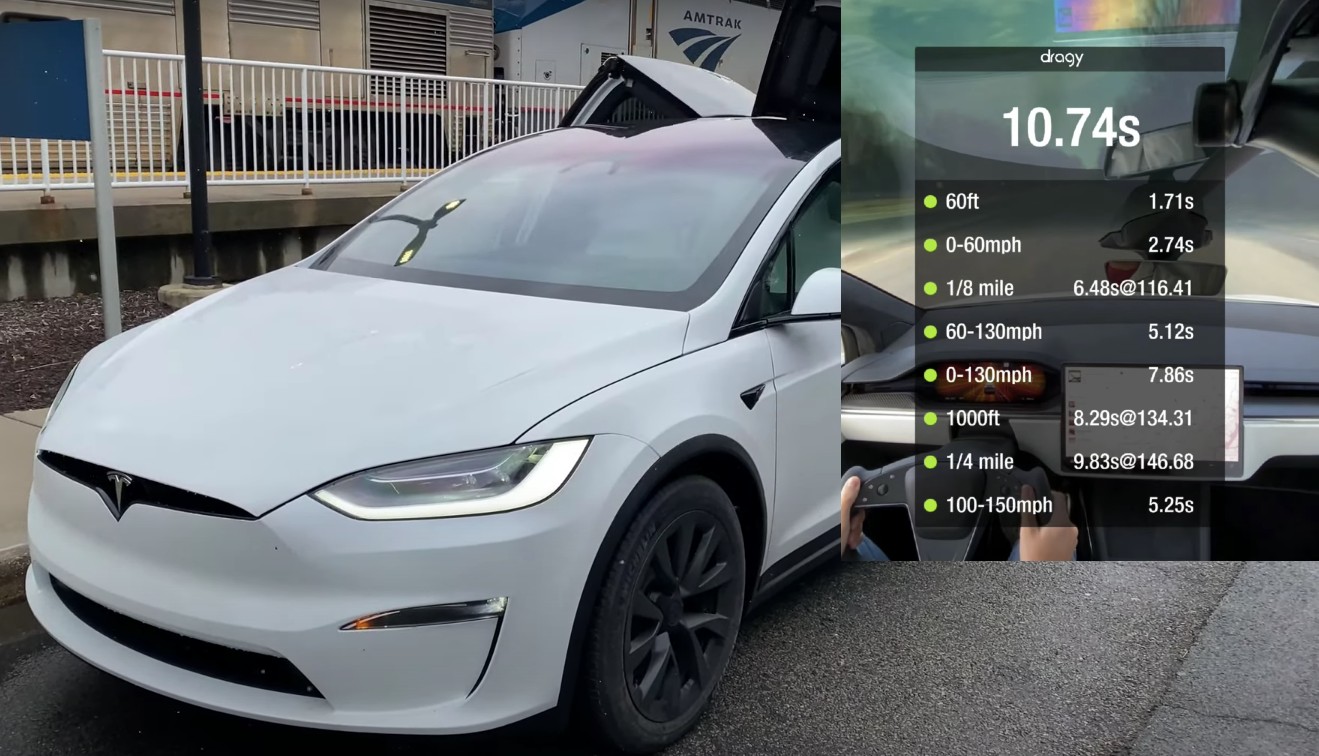 Tesla Model X Plaid just did a quarter-mile test, and it’s faster than a Ford GT

It’s one thing to witness a large family sedan beat hypercars on the drag strip, but it’s a completely different experience to see a six-seat SUV complete the quarter-mile at a time that’s faster than one of America’s most iconic supercars. This was definitely the case for the Model X Plaid, whose real-world quarter-mile performance was recently shared online.

While the internet is littered with videos of the Model S Plaid running and beating supercar after supercar in drag races, there are still relatively few videos of the Model X Plaid showcasing its performance. Fortunately, this is no longer the case, as YouTube’s CSP Shorts channel recently shared some in-car footage of a Model X Plaid running the quarter-mile. The vehicle’s performance was recorded using a Dragy device.

As could be seen in the brief video, the Model X Plaid actually performs a bit better on the quarter-mile compared to the company’s spec sheet. A look at Tesla’s official website reveals that the company lists the vehicle with a 0-60 mph time of 2.5 seconds and a quarter-mile time of 9.9 seconds. Yet in the recently-shared quarter-mile run, which was performed on regular roads, the Model X Plaid was able to complete the full quarter mile in 9.83 seconds at 146.68 mph, even if its 0-60 launch was listed at 2.74 seconds.

That’s some serious speed, and completely insane for a six-seater SUV that feels like a tank when being driven. With a quarter-mile time of 9.83 seconds on regular streets, the Model X Plaid effectively becomes faster than the 2022 Ford GT, a ~$500,000 American supercar currently listed by Car and Driver to have a standing quarter-mile time of 10.8 seconds at 134 mph. Considering that the Ford GT is a pretty formidable supercar in its own right, the Model X Plaid’s performance is something that is truly noteworthy.

Interestingly enough, the Tesla Model X Plaid is actually a bit more affordable than its sedan sibling, the Model S Plaid. While the Model S Plaid starts at just below $130,000, the Model X Plaid, a six-seat vehicle with substantially larger cargo space, is being offered by Tesla for $126,490 before options. For that amount, customers will be receiving a vehicle that features three high-performance motors with carbon sleeved rotors and some of the company’s most advanced tech.

Unfortunately, the demand for the Model X Plaid may very well be exceeding Tesla’s supply for now. In a recent comment, Elon Musk admitted that Tesla had made a mistake with the new Model X’s ramp, stating on Twitter that the company “dropped the ball badly regarding new Model X production ramp & still haven’t fully recovered.” Musk also noted that it was “idiotic to stop production of old X in Dec 2020 when there was still plenty of demand.”

Watch the Model X Plaid’s real-world quarter-mile run in the video below.

Tesla Model X Plaid just did a quarter-mile test, and it’s faster than a Ford GT