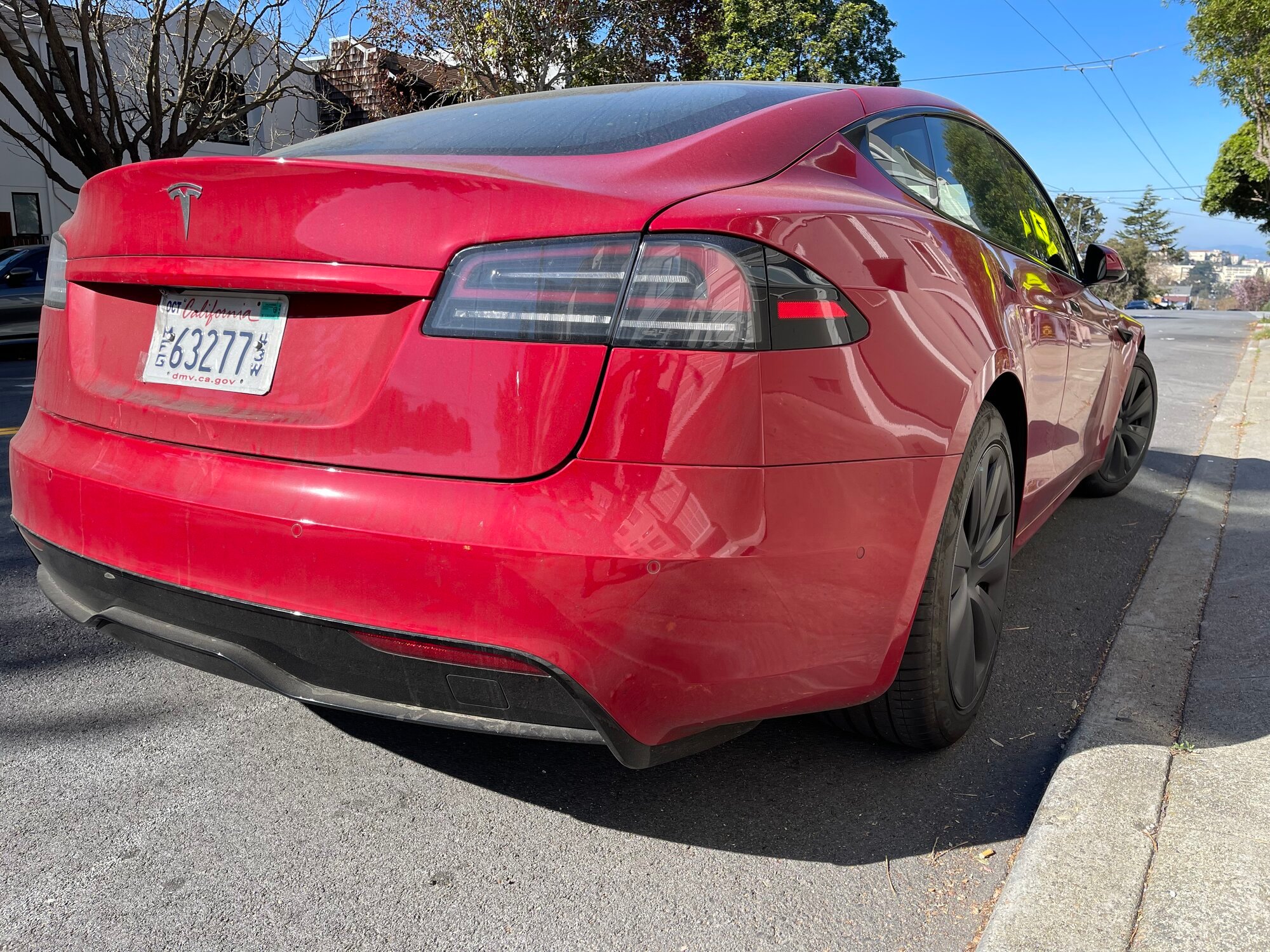 Last December, reports emerged from the Tesla community indicating that a Model S with a new taillight design and revised charging door had been sighted on public roads. The changes were subtle, featuring the removal of a black bar connecting the car’s taillights and a Model 3-esque charging door, but they were distinct enough to give the impression that they were different from the Model S being produced and delivered today.

Rumors of an upcoming Model S design update were rekindled in January when Tesla held an event for its Plaid series in Taiwan. While the event seemed focused on the Model X Plaid and its unique seven-seater configuration, the event also featured a Model S Plaid with the same updates as those spotted in the vehicle last December. What’s more, the vehicle’s headlights also seemed to be revised.

Tesla Taiwan, however, seemed determined to keep the details of its new flagship sedan hidden. Some images of the revamped Model S Plaid made it online, but when local journalists started covering the Plaid event, the flagship sedan had already been covered up by the company. Fortunately, a rather close and clear look at the Model S Plaid’s revamped taillights had been shared online, and this time, their details could be seen quite clearly.

The images, which featured a red Model S with manufacturer’s plates, were shared on the Tesla Motors Club courtesy of member @thewishmaster. The photos clearly show the Model S’ updated rear, from its color-matched bar connecting the two tail lights to the updated shape of the lights themselves. Unfortunately, the TMC member noted that he was not able to take photos of the car’s headlights and charge port door. Despite this, however, the new pictures provide the closest look yet at what could very well be upcoming updates that would soon be rolled out to the Model S.

The Tesla Model S is arguably the company’s most impressive vehicle to date. So far, the full-sized premium sedan had impressed teardown veteran Sandy Munro, who described the vehicle’s rear cradle and rear motor assembly as a “packaging symphony.” The automotive expert and his team have also been particularly impressed by the Model S Plaid’s battery pack, which is comprised of 18650 cells but is capable of supporting the vehicle’s monster performance.