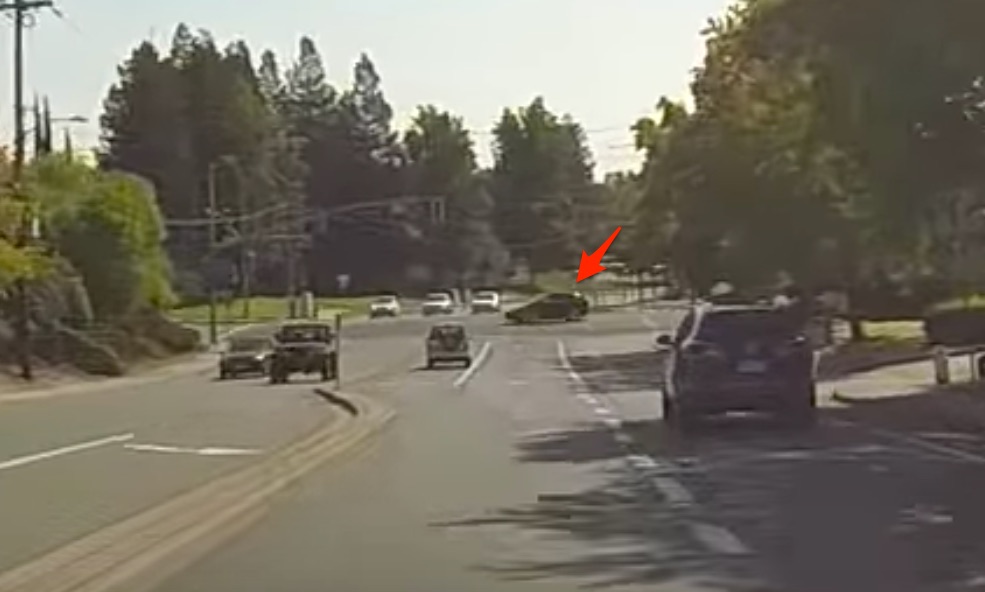 A recent dash cam video comes our way showing a Tesla Model X making a dangerous high speed left turn through an intersection before impacting a street side curb. The Model X would appear to be the only vehicle traveling through the intersection, at very high speed nonetheless, though vehicles in both the incoming lane and opposing lanes are seen coming to a stop.

Though we don’t have confirmation that the driver was deliberately trying to accelerate through a busy intersection, or suffered a medical emergency like a previous Model X owner who relied on Autopilot to take him to safety, the video appears to show the driver attempting to ‘beat’ a left turn signal light that was turning red. Slowing down the video frame by frame, one can see the black Tesla Model X entering the intersection while all other vehicles are stopped. The driver presumably tried to make the left turn, but given the high rate of speed combined with the momentum behind a 5,300 lb. (2,400 kg.) vehicle, the Model X drifts sideways before slamming into a curb and bouncing off of it. 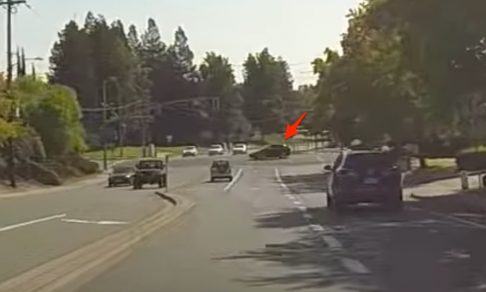 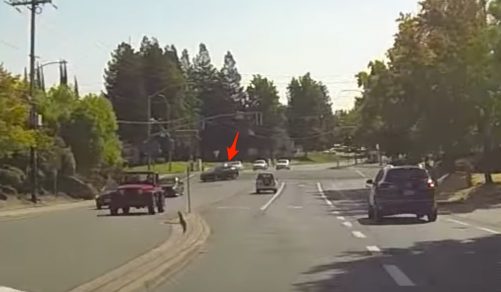 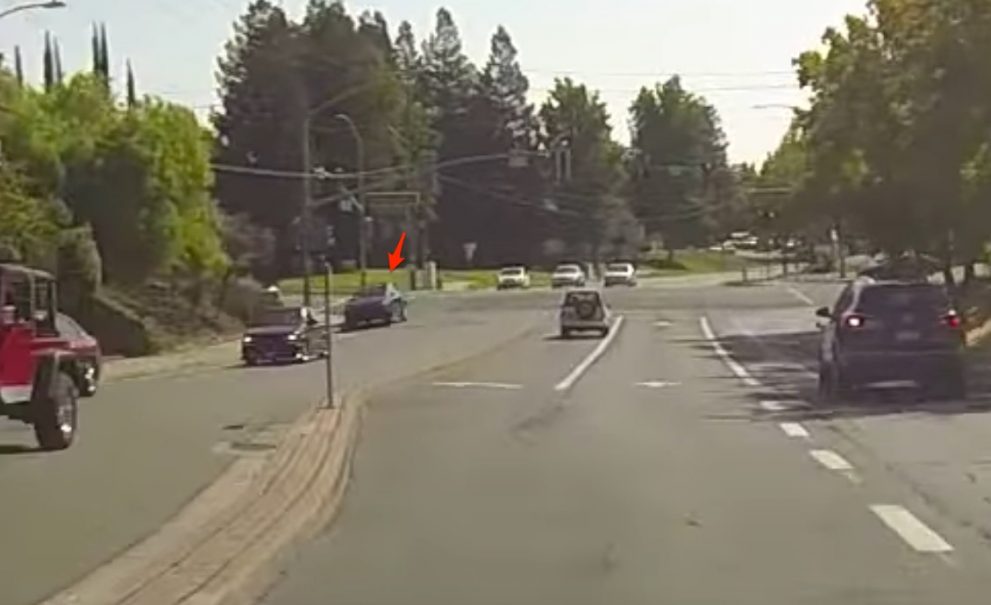 The incident highlights why Tesla CEO Elon Musk has said in the past that the Model X is the first SUV with a five-star rating in every category. Beyond having a large crumple zone and air bags in places that previously remained unknown until a recent accident that saw a Model X save a family of six, the vehicle’s low center of mass as a result of the floor-mounted battery pack creates a virtually unrollable SUV.

Once again, we’re not sure what actually took place in the video but we hope everyone involved is safe and well. We’ve reached out to the owner of the video to see if they can provide more context around what they caught on dash cam. We’ll provide an update as we learn more.

In the meantime, let us know what you think happened in the following video involving the Tesla Model X.

Updated Sep. 5, 2016 @ 7:43 PM – We’re not sure why the owner of the video decided to mark the video as private, perhaps by request of the Model X driver (?), but the consensus based on feedback we’ve received via email and twitter is that the driver was anxious to run a yellow, possibly red, left turn signal and lost control of the vehicle while turning.

According to Mir S who caught the incident on his dash cam, everyone in the Model X appeared to be fine and smiling. “The passengers were fine. They were 2 mid aged gentlemen, both with smiles on their faces as the car stopped. Probably one of them being the owner and the shock not hitting him yet.”, said Mir. Tesla Model X after sliding into a curb while making a left turn at high speed.