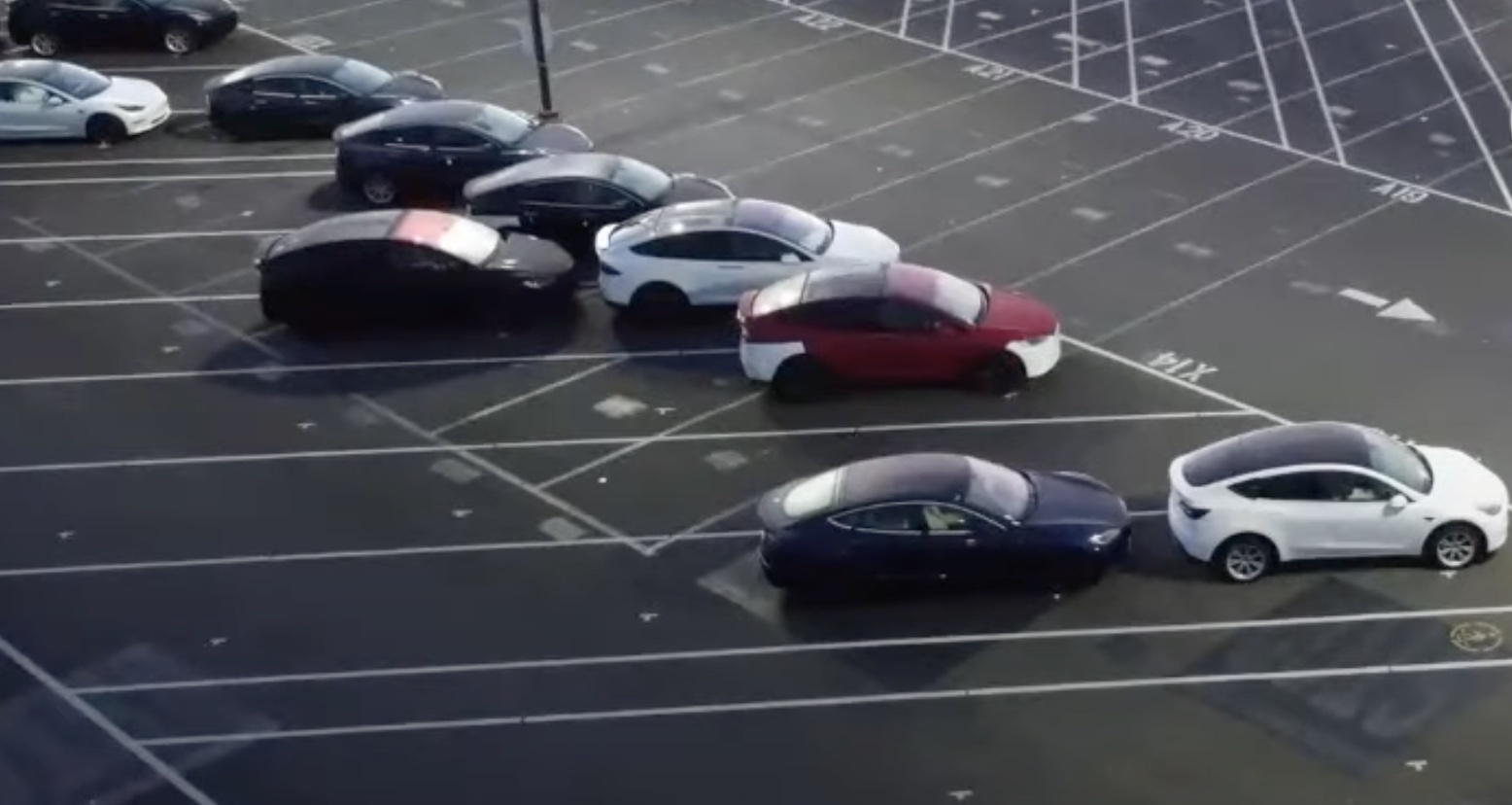 The destination of the Model X Plaid vehicles spotted in Tesla Fremont’s delivery yard is unclear, but it shows some progress. The vehicles do not seem to be release candidates as they are fitted with protective wraps. Tesla aims to start Model X Plaid deliveries by January to February next year, kicking off 2022 with a bang.

An increasing amount of Tesla Model X Plaid vehicles have been sighted across the United States over the past few weeks or months. In July, a Model X refresh was spotted driving near Sunnyvale, California on the 101. Electric vehicle group The Kilowatts saw a production-ready Model X Plaid at the San Francisco International Airport. The Model X in San Francisco featured the Plaid badge, first seen during the Model S delivery event, and Tesla’s new 22″ Turbine Wheels.

The Model X Plaid’s sibling, the Model S Plaid, has received rave reviews even by some avid Tesla critics. For instance, car critic Doug DeMuro, gave the Tesla Model S a favorable review. “The Plaid is truly fantastic, and it’s quite possibly the best all-around car ever made,” said DeMuro in his Tesla Model S review video.

There has been some criticism against the Model S Plaid as well. For example, Edmunds called the Model S Plaid’s yoke a joke during its review. Edmunds—which describes itself as a global authority for “unbiased, unvarnished automotive advice, news, reviews,” etc.—also said the Model S Plaid was nothing more than a marketing exercise for Tesla and a general “waste of money.”

The Model X Plaid may face the same criticisms as the Model S Plaid. In fact, just recently, Edmunds pitted the BMW iX against the Tesla Model X. It noted that the BMW iX handled better, was more refined, and was more comfortable than the Model X, claiming the SUV would be one of the best SUVs available in 2022. Although, Edmunds does acknowledge that Tesla models are faster than the iX.