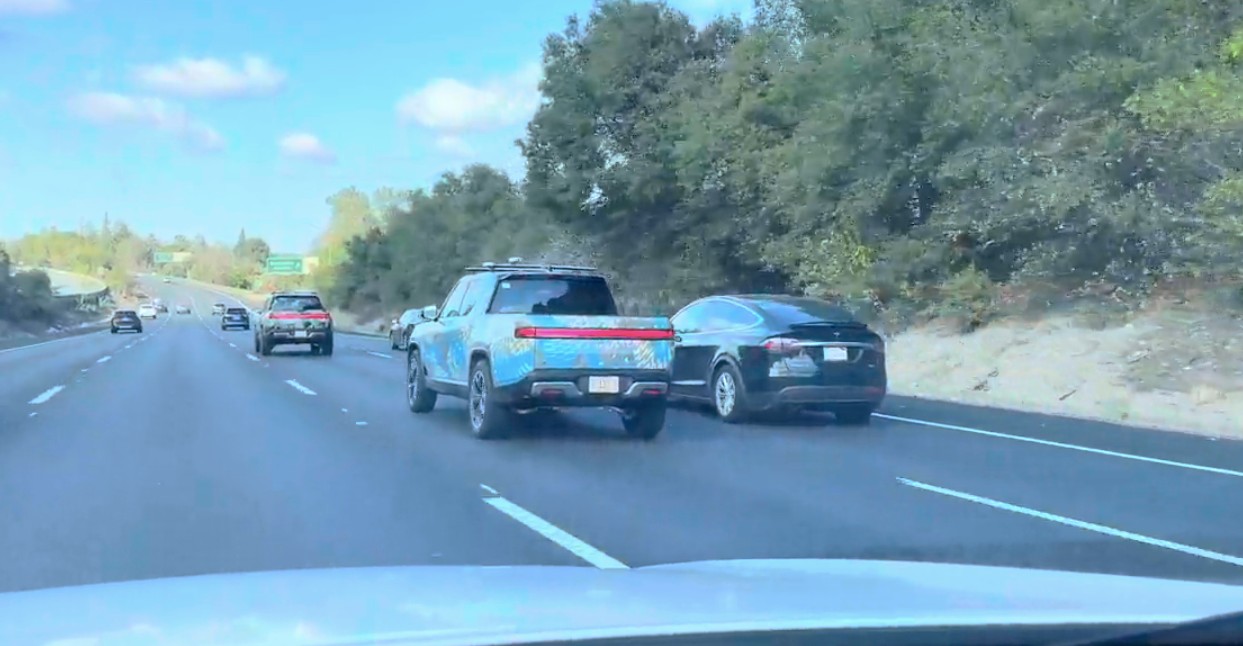 The Tesla Model X is no small vehicle. At 198.3 inches long and 66.3 inches high, the 5,000+ pound all-electric SUV is large enough to seat seven adults and their cargo without any difficulties. If a recent sighting of the Rivian R1T is any indication, however, it seems that Tesla’s largest production vehicle to date could look surprisingly compact next to the upcoming all-electric pickup.

A video of a real-world sighting of two Rivian R1Ts was recently shared in the r/Rivian subreddit. Interestingly enough, the short clip featured one of the all-electric pickups driving on the freeway next to a Tesla Model X, which looked noticeably smaller than the R1T. Granted, a good part of this may be due to the Model X’s air suspension being at its low setting, but the R1T’s ride height seemed to be fairly low as well.

Two Rivian’s on I-280! Coincidentally driving next to a Tesla Model X 😯 from r/Rivian

Rivian’s vehicles may not feel as domineering as the steel, brutalist Tesla Cybertruck or the hulking Hummer EV, but they are pretty large vehicles on their own right. Electric vehicle advocates who have checked out the company’s prototypes have lauded both the R1T and R1S for their comfortable interior, with some even noting that the R1S feels almost like a Chevy Suburban scaled down to about 90%.

The all-electric pickup wars are about to begin, and the Rivian R1T may very well be the first one to make it to market. Considering its sleek, if not safe, design and overall feature set, the R1T has the makings of a successful entry into the pickup segment, even if fellow competitors like the Tesla Cybertruck and the GMC Hummer EV end up with numerous customers of their own.