The first photos of the Tesla Model Y’s third row seats for its seven-seat configuration have been leaked online. Based on the images, which feature a Model Y with a white interior, Tesla has come up with a way to ensure that the all-electric crossover retains a good amount of its cargo-carrying capacity even when it is transporting seven passengers.

The images were sent to Rob Maurer of the Tesla Daily podcast, who shared and discussed the pictures in a recent episode. Only a few pictures were leaked of the new configuration, though they did show how the second row seats move forward to accommodate passengers in the third row. Closeup shots also revealed that Tesla placed a good amount of padding in the third row seats. 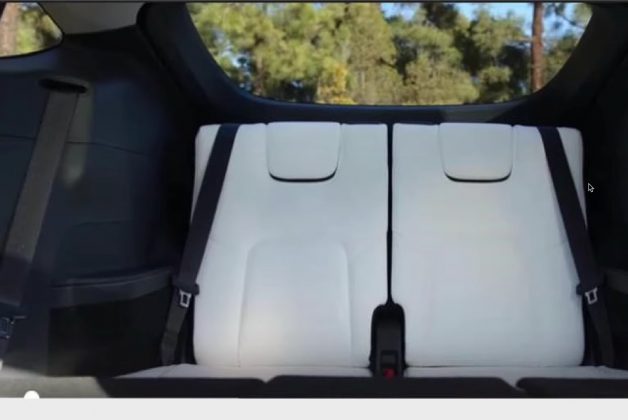 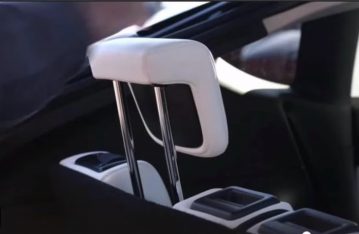 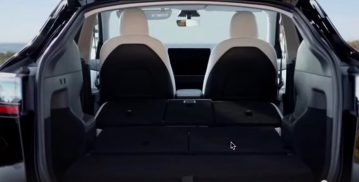 A look at the remaining storage space in the seven-seat Model Y shows that there is still an ample amount of storage space even when the third row seats are up. This should allow the all-electric crossover to transport a fair number of items when it’s carrying seven passengers. This could also be a key selling point for the Model Y, as its large seating capacity and spacious cargo area would likely be attractive to buyers.

The Tesla Model Y seven-seat option was recently launched together with the Standard Range Rear-Wheel Drive variant, which features an EPA-estimated range of 244 miles per charge, a 0-60 mph time of 5.3 seconds, and a top speed of 135 mph. The vehicle is currently available for $41,990 before incentives, and its estimated delivery timeframe is listed at 2-5 weeks.

The Model Y’s seven-seat interior is available only for the Standard Range RWD and Dual Motor AWD versions of the vehicle. The Model Y Performance, a variant that is optimized for its speed and canyon-carving capabilities, could only be ordered as a five-seater interior. This is rather unsurprising, as the third row seats would impact the top-tier Model Y’s weight, affecting the vehicle’s performance.

Check out Rob Maurer’s discussion of the Tesla Model Y’s third row seats in the video below.