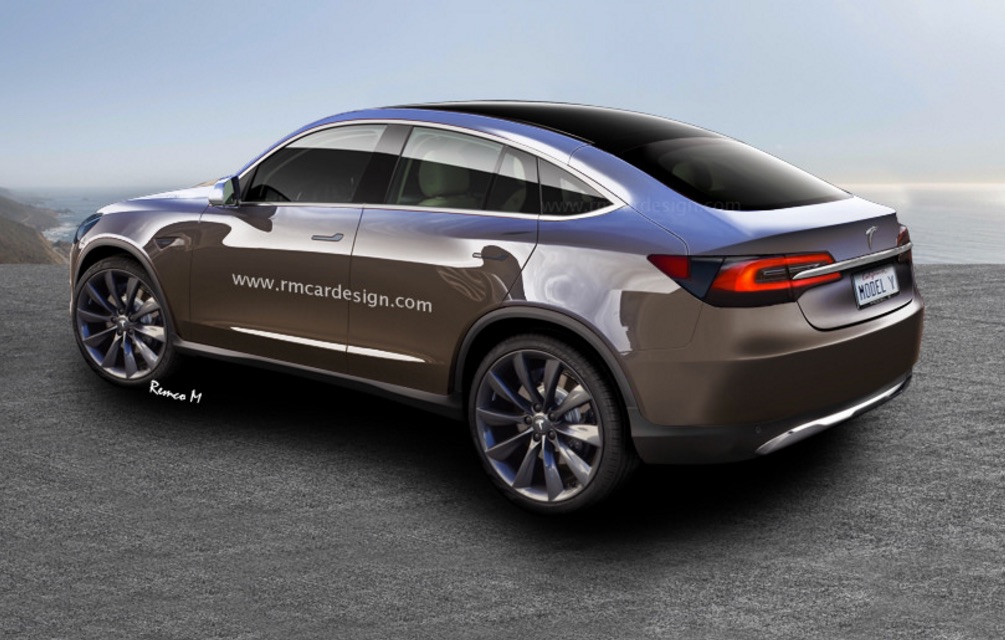 During a flurry of tweets sent early Friday morning by Tesla CEO Elon Musk, the billionaire tech entrepreneur announced that a Model Y electric car would be coming “in a few years”. The Model Y is Tesla’s proposed electric compact SUV which will be built on top of the Model 3 platform. Musk has said in the past that Model Y will be “the obvious priority after the Model 3“ and see demand up to 1 million units per year.

@varunfatehpuria Oh Model Y is coming too in a few years. Kinda have to.

The company has still yet to release any information on the upcoming Model Y, but Musk did emphasize that the compact SUV will be Tesla’s next vehicle. Last year in the Q2 2016 earnings call Musk told investors that the product development would be focusing on the Model Y after production of the Model 3 starts.

“I mean, also to be clear like the priority vehicle development after the Model 3 would be the Model Y, I guess, the compact SUV, because that’s also a car that where we expect to see demand in the 500,000 to 1,000,000 unit per year level. So it’s the obvious priority after the Model 3.” – Musk on Q2 2016 Earnings Call

The core Model 3 platform is being designed similarly to the Model S and Model X, and utilizes a “skateboard like” chassis design that allows for flexibility between various battery sizes.

Similar to the Model 3, the Model Y will be an affordable compact SUV that will ditch the complex features found on their larger upscale counterparts. By doing so, the company will be able to minimize production delays due to supplier constraints and reduce time spent on engineering complexities. The Model Y will likely not have Falcon Wing doors and complex mono-post seats, both of which slowed Model X production ramp and caused reliability issues.

The fact that Tesla has been able to stay on track with Model 3 developments is a testament to the company’s ability to learn from past mistakes and position itself to scale ten-fold, as it executes from design concept to vehicle delivery in a minimal amount of time.

“We’re really trying to take a lot of lessons learned from Model X, where Model X, we put a lot of bells and whistles on Model X and a lot of advanced technologies that weren’t necessary for version one of the vehicle. And with Model 3 we’re being incredibly rigorous about ensuring that we don’t have anything that isn’t really necessary to make a very compelling version one of the car. We also have a much tighter feedback loop between design engineering, manufacturing engineering, and production.” – Musk on Q1 2016 Earnings Call

What are you looking for in the Model Y? Come join the discussion on our forums!