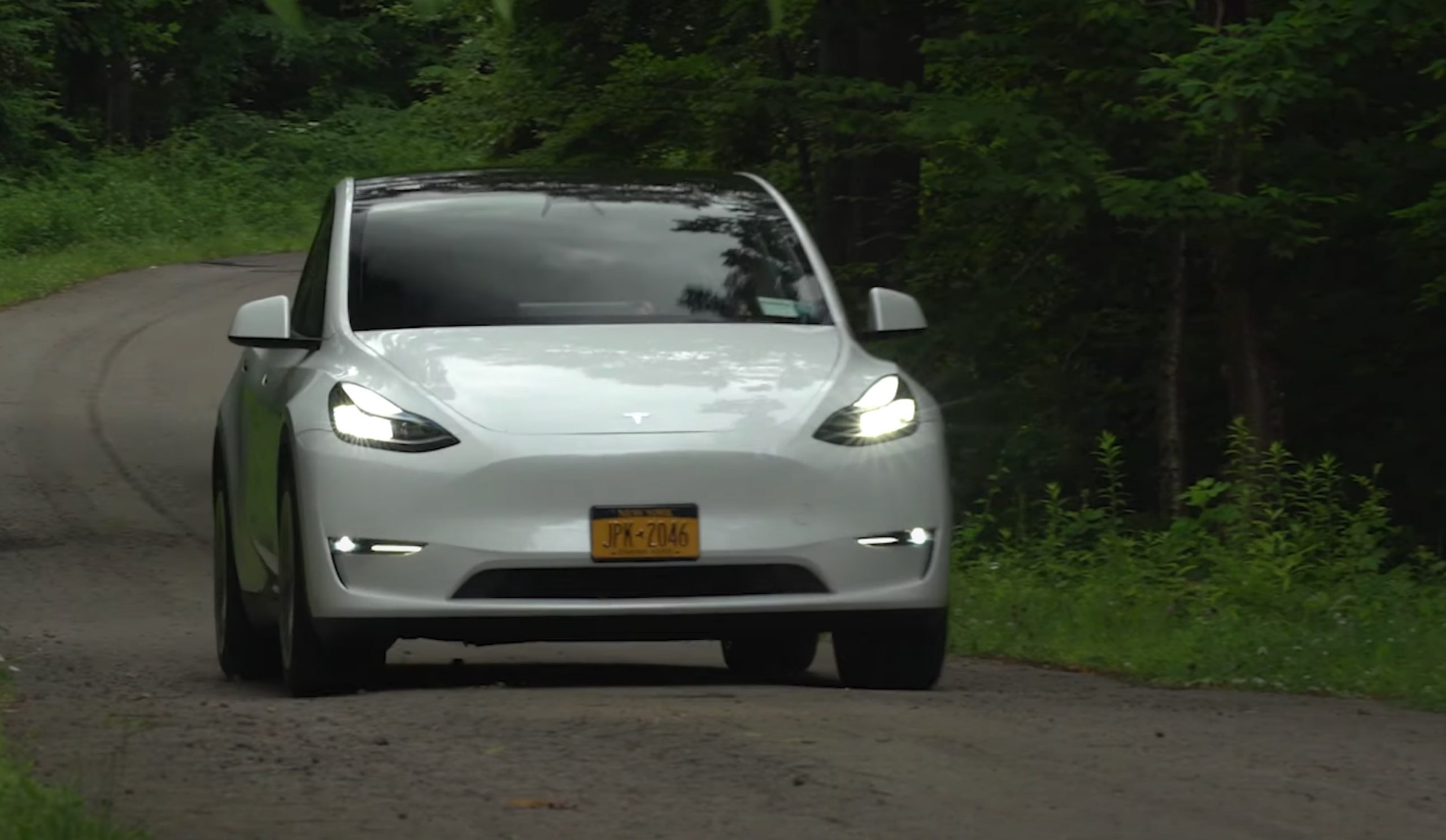 The crew at Consumer Reports has been testing out Tesla’s Model Y, and while the all-electric crossover was pleasantly received, some mild criticisms were discussed in a recent Talking Cars podcast focused on their first impressions.

The Model Y being reviewed was a white, Dual Motor Long Range version of the vehicle with All-Wheel Drive and Full Self Driving option package, enabling a review of both the car’s driveability and currently available Autopilot features. Jake Fisher, Consumer Reports’ (CR) Auto Test Director, first noted the fun, sporty nature of the Model Y’s driving style, but all participants agreed that labeling the vehicle as an SUV was a misnomer.

“Big picture what you see is basically a Model 3 hatchback,” Fisher commented. The dispute over style classification, however, was put into a positive light. Specifically, adding the hatchback-type design features solved what the group characterized as “deficiencies” in Model 3. “The benefit is you get extra headroom and especially the rear seat room,” noted Mike Monticello, Autos Editor for CR. “It’s like it took all the good things about the Model 3, it kept them…but it took some of the bad things…and made them better… It’s an improved Model 3, if you think about it that way.”

Some deficiencies still carried over to the Model Y, though, according to the review. Fisher took issue with the center console screen carryover in particular. “They crammed everything into this one screen that is off-center,” he said, also noting that Tesla had “an opportunity” to improve the usability of the Model 3 features which were missed in the Model Y. In particular, the group wanted the ability to adjust the steering wheel, change the air vents without going through a screen menu, and add automatic rearview mirror adjustment a part of the driver profile functionality.

The actual road-handling and driving experience of the Model Y was also critiqued as failing to be improved from the Model 3 experience. Mike Monticello, also an Autos Editor with CR, noted the car’s stiff ride and wind noise in the cabin, both of which are not issues in the Model S or Model X. Monticello also noted the tire noise while traveling and encountering road bumps.

Tesla’s latest beta Autopilot feature made its way into the crosshairs during the talk as well, specifically the Traffic Light and Stop Sign Control function which can be toggled on and off. The feature previously caused the Model Y to stop at every red, yellow, and green light, but now only stops at a green light if there isn’t a car in front of the vehicle. “They keep on changing the behavior of how this car drives,” Fisher noted, also mentioning that the constant updates don’t add to the relaxation or sense of safety that Autopilot is supposed to provide.

Despite the noted criticisms from the Consumer Reports group, the review session still ended on a positive note for Tesla and the Model Y. They offered caution to consumers until the new crossover had been out on the market for about a year to judge first-run reliability issues, but they acknowledged that alternative electric vehicles were likely not up to par for those interested in Tesla specifically.

Although there are options when looking for a vehicle that supports environmental concerns, the mindset of a current Tesla owner likely won’t match the features offered by other automakers with electric vehicles such as the Hyundai Kona, Fisher summarized. “Other electric cars don’t have that ‘Tesla Mystique’ … [they don’t drive like] … a performance car.”

You can watch the Consumer Reports full Model Y podcast below: