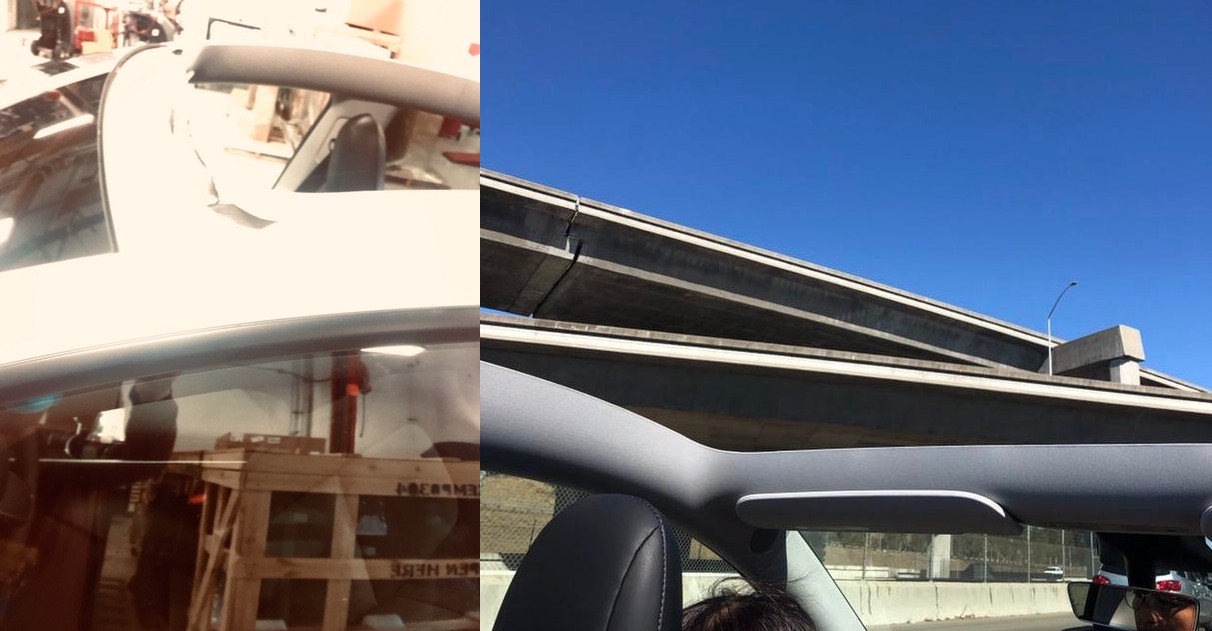 Tesla currently stands at the top of the auto market, and for good reason. Its vehicles provide an experience unlike any other, their performance is incredible for their price, and their tech is top-notch. Yet as the company pursues its target of delivering 500,000 cars this year, something is becoming evident: Tesla needs to aggressively emphasize its quality control, especially with regards to the Model Y.

Just recently, EV enthusiast u/Indescribables shared a verified anecdote at the r/TeslaMotors subreddit, stating that their new all-electric crossover lost its glass roof while they were driving in California’s 238 highway. According to the Tesla owner, he and his dad started noticing some wind noise inside the cabin while they were driving. They initially thought that a window had been open, but before they could check, the Model Y’s entire glass roof reportedly got blown off.

After overcoming the initial shock of the incident, the pair drove back to the Tesla delivery center. Upon inspection, the manager at the Tesla location reportedly noted that the incident was caused by either a faulty seal on the glass roof, or someone from the factory forgot to seal the roof on. The new Tesla owners were then given a loaner as well as the option to repair or replace the Model Y. The pair declined a repair, instead opting to have the vehicle replaced.

Granted, such an account is strictly anecdotal, but it does highlight a notable point of improvement for Tesla. As the company grows, after all, the electric car maker must make it a point to ensure that its quality control matches its pace of innovation. This ensures that every new Tesla owner gets to experience the same type of experience that has inspired such a strong and dedicated following for the company and its CEO, Elon Musk. This becomes challenging if some vehicles end up leaving the factory without being properly checked for potential build issues.

This is especially notable with this recent Model Y mishap, since Elon Musk himself has proven in the past that he is not content with Tesla making cars that have subpar build quality. During the middle of the Model 3’s “production hell” in 2018, reports were abounding that some vehicles being delivered to customers were not up to par in quality compared to the company’s previous cars like the Model S. Musk then sent a letter to Tesla employees calling for vast improvements in build quality. Musk’s intent was clear.

“We will keep going until the Model 3 build precision is a factor of ten better than any other car in the world. I am not kidding… Our car needs to be designed and built with such accuracy and precision that, if an owner measures dimensions, panel gaps, and flushness, and their measurements don’t match the Model 3 specs, it just means that their measuring tape is wrong,” Musk wrote.

The improvements in the Model 3’s build quality did not happen overnight, but once the company was able to get better, even legacy auto veterans could not deny that the all-electric sedan was being built with world-class standards. Longtime GM executive Bob Lutz, who is typically critical of Tesla, pretty much threw in the towel when he encountered a Model 3 in the wild. The following excerpt from a post Lutz shared on Road and Track explains his observations best.

“When I spied a metallic-red Model 3 in an Ann Arbor parking lot, I felt compelled to check it out. I was eager to see the oft-reported sloppy assembly work, the poor-fitting doors, blotchy paint, and other manifestations of Tesla CEO Elon Musk’s ‘production hell’ with my own eyes.”

“But, when next to the car, I was stunned. Not only was the paint without any discernible flaw, but the various panels formed a body of precision that was beyond reproach. Gaps from hood to fenders, doors to frame, and all the others appeared to be perfectly even, equal side-to-side, and completely parallel. Gaps of 3.5 to 4.5mm are considered word-class. This Model 3 measured up,” Lutz wrote.

What is rather interesting is that Tesla, especially the Model 3, enjoys widespread support from its consumer base. A thorough study from Bloomberg which polled 5,000 Model 3 owners found that buyers of the all-electric sedan were extremely happy about their cars despite the occasional cosmetic issue. Almost 99% of Model 3 owners remarked that they would recommend the car to friends and family. These are remarkable results, and it speaks volumes about the disruption that Tesla is really bringing to the auto market.

But the company could do better. Adopting a more aggressive quality control system is one way to do this.

Tesla has grown at a pace that is almost unprecedented, transitioning from a maker of premium cars like the Model S and Model X to a mass-market automaker that produces the Model 3 and Model Y in but a few years. With this transition came challenges, as evidenced in the well-documented “production hell” that Tesla experienced during the initial Model 3 ramp. The company has since overcome its quality issues with the Model 3, but it appears that the same pattern is somewhat happening with the Model Y’s ramp. This has to improve.

Considering the company’s goals, from its 1-million-vehicle-per-year target and more importantly, its mission, Tesla must simply not tolerate errors such as releasing a vehicle without proper glass roof sealant to delivery centers. These errors must be beneath Tesla’s Fremont plant at this point, especially since cars from the company’s China factory, Giga Shanghai, have been heavily praised for their build quality, as per data from Chinese quality complaint company CheZhiWang.