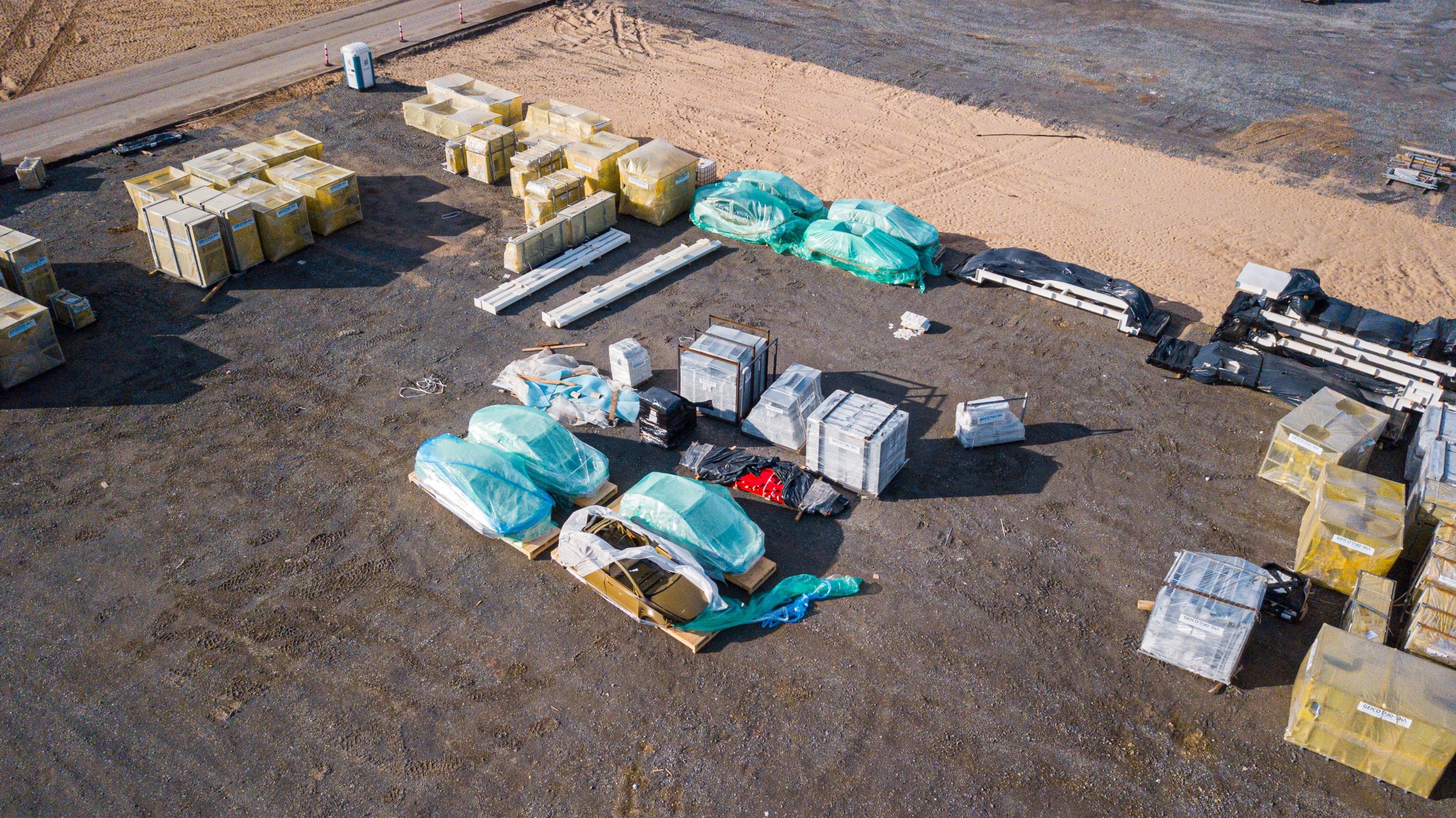 It appears that Tesla is setting the stage for Gigafactory Berlin’s Model Y trial production runs, as hinted at by several Model Y bodies that were recently sighted in the massive electric vehicle production complex.

What appears to be eight Tesla Model Y body-in-whites were spotted in the recent sighting, with one of the vehicles being partially uncovered. Thanks to this, one could see that the Model Y body had already been painted with primer. The bodies were also located in the same area as painting equipment from Geico Taiki-Sha, the company providing Giga Berlin with its painting equipment.

Considering that Giga Berlin’s Phase 1 building seems to be nearing completion, the facility is likely closing in on its trial production runs. This would make the Model Y bodies invaluable, as they could be used to help line calibration and measurements in both the assembly line and perhaps even the paint shop.

Giga Berlin’s paint shop has been taking form for quite some time, with the Geico Taiki-Sha machines being fitted into the Phase 1 building since late last year. By the end of January, large dipping pools for the paint shop were spotted being delivered on the site, complete with police escort.

Gigafactory Berlin is expected to be one of Tesla’s most advanced factories to date, and a good reason for this is its revolutionary paint shop. Elon Musk has noted that Giga Berlin’s paint shop will be the world’s most advanced, offering fantastic color options that “subtly change with curvature.”

This would make the Model Ys produced in the German factory quite unique if not a bit more compelling than its siblings produced in the United States, where Tesla only offers a conservative number of paint options today. Tesla has not announced much about the Made-in-Germany Model Y’s actual paint options, though Musk has noted that his favorite is a color called “Deep Crimson.”

Tesla’s first German plant is being built rapidly, despite opposition from local conservation groups. Despite these challenges, Tesla seems to be standing by its timeframe for Giga Berlin’s launch, which is expected to be held around July 2021.