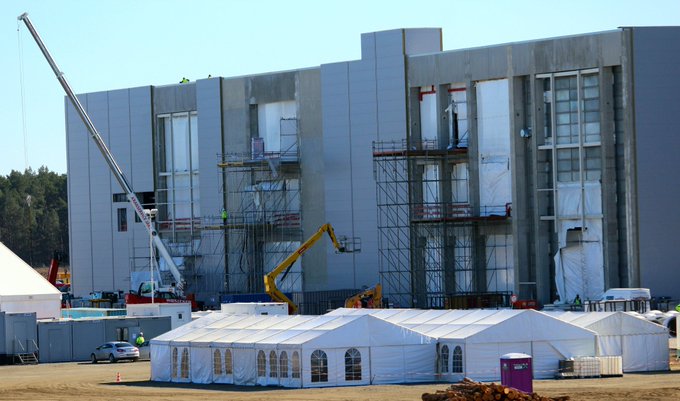 Despite hitting delays over permits and objections from local conservation groups, Tesla seems to be standing by its timeframe for the launch of Gigafactory Berlin. This suggests that the electric car maker is still aiming to start the production of the Made-in-Germany Model Y around July 2021.

The Gigafactory Berlin complex remains under construction, though the Phase 1 zone of the facility, where the Model Y will be built, has already taken shape. So far, the factory’s final environmental approval by the state of Brandenburg is still pending, with the decision for the project expected to be released around the end of March or the beginning of April.

Similar to Gigafactory Shanghai, which was able to commence the mass-production of the Made-in-China Model 3 just a year after its official groundbreaking ceremony, the progress of Giga Berlin has been impressively quick. Tesla built the current facility through early approvals, the most recent of which is an approval from the Brandenburg State Office for the Environment for the installation of equipment. Two other early approvals remain pending as well.

Brandeburg Environment Minister Axel Vogel has noted at the beginning of March that Tesla could continue building Gigafactory Berlin with early approvals until the time of the Model Y’s trial production. That being said, the minister also remarked that only trial runs would be possible with early approvals. For Tesla to mass-produce the Model Y, Gigafactory Berlin’s final approval must be secured.

“Trial runs are also possible… That is, measures to check the operational reliability such as testing the tightness of tanks and pipelines or the casting and pressing of sample workpieces. There will be no cars on the market from a factory that has not yet been approved,” Vogel said.

Gigafactory Berlin stands as a crucial part of Tesla’s worldwide expansion. The facility is designed to produce high-volume vehicles like the Model Y, which competes in the lucrative crossover market. Elon Musk has also noted that Gigafactory Berlin will host a 4680 battery cell production facility, which would have a capacity of 100 GWh with a possible expansion to 250 GWh. As per a report from Handelsblatt, Tesla is yet to secure a final permit for its 4680 facility as well.