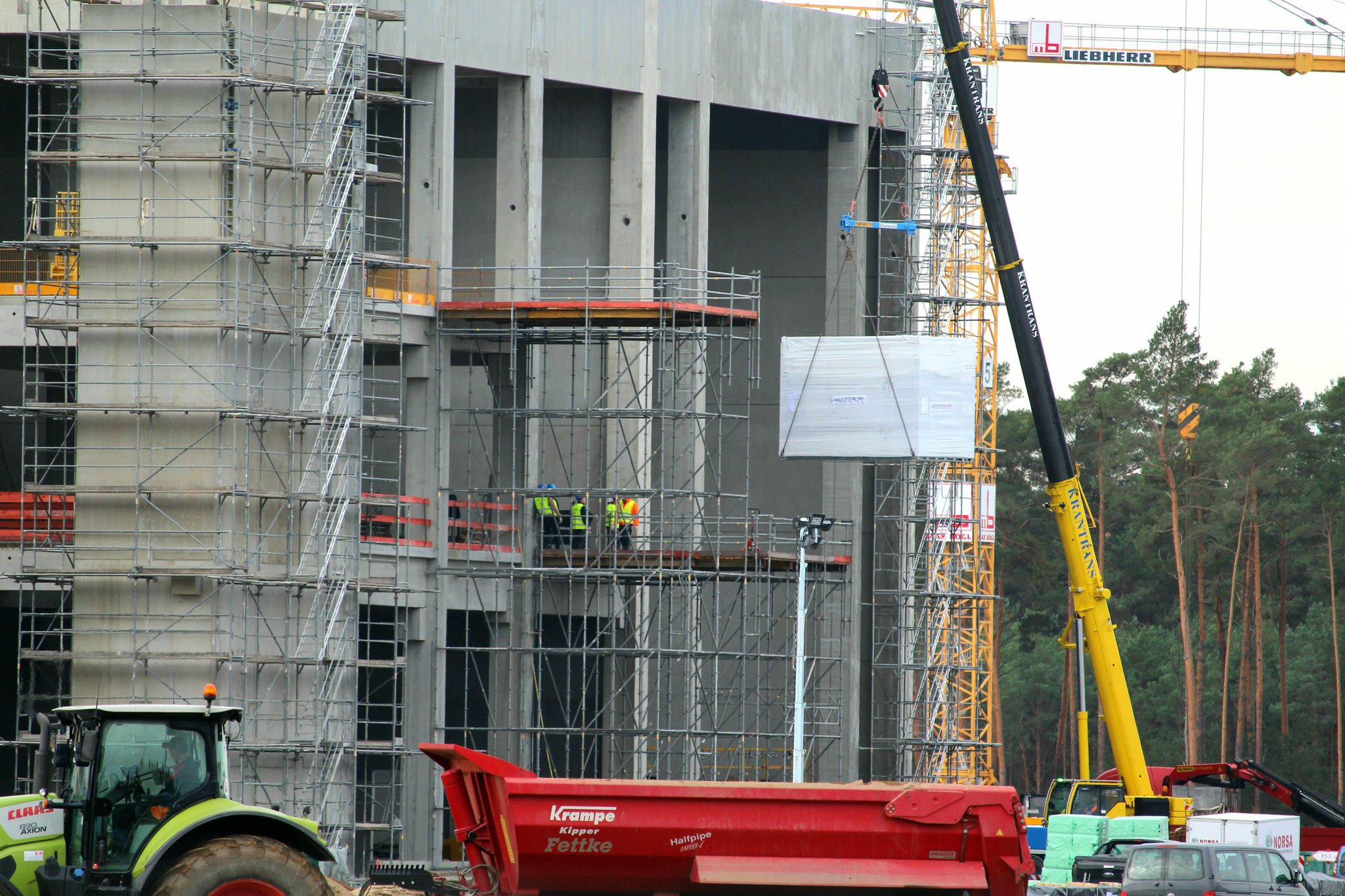 Tesla Giga Berlin looks like is coming together quite nicely, especially its revolutionary paint shop. A video from drone-operator Tobias Lindh depicts a typical day at Gigafactory Berlin, including the hustle and bustle of the workers as they try to build Tesla’s facility in Europe.

Among the buildings that seem closest to completion would be Tesla’s drive unit facility and next-gen paint shop. According to EV enthusiast @Gf4Tesla, the machines from Geico Taikisha are already being lifted into the paint shop building.

The Taikisha machines were formerly stored in a building close to the construction site. In its Q3 update letter, Tesla stated it would start moving equipment inside the buildings in the weeks following the earnings call.

In April, Elon Musk tweeted that “Giga Berlin will have [the] world’s most advanced paint shop…” It seems like Taikisha’s machines will be responsible for making Musk’s statement come true.

Lindh’s video shows all the apparent non-stop work that takes place in Giga Berlin during its shifts. Trucks, cars, and other machinery roll in and out of the site continuously throughout the timelapse of Giga Berlin.

Fellow EV enthusiast and Tesla supporter Albrecht Köhler provided a link to his new photos of Giga Berlin in the video’s description. One picture in particular was eye-catching. One of Gigafactory Berlin’s buildings was shot in the photo.

Sunlight reflected against the building, creating a certain sheen in its outer walls. The result was a picture that resembled the render of Giga Berlin Elon Musk shared a few months ago. The render featured the sun gleaning over Giga Berlin’s first phase, resulting in a similar sheen from the roof.

That singular photo, set as the feature image of this article, showed how much Giga Berlin’s construction has progressed since work started earlier this year. Tesla reiterated that it expects to start production at Giga Berlin in 2021 in its Q3 update letter.

Watch a recent flyover of the Gigafactory Berlin complex in the video below.