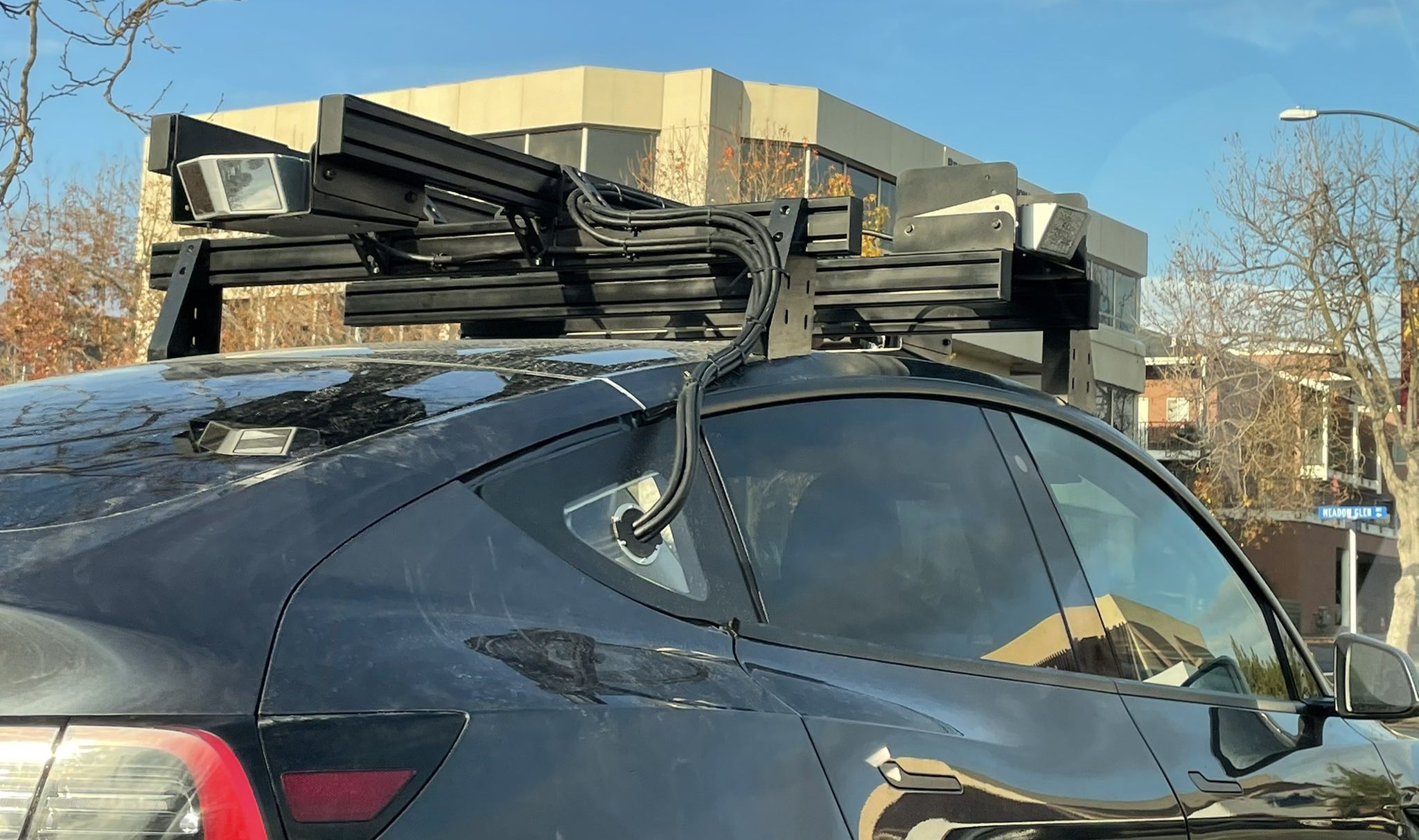 A rather unique Tesla Model Y with sophisticated imaging equipment has been spotted recently in the San Francisco area. The vehicle, which is equipped with manufacturer plates, features what seems to be imaging equipment on its roof rack, including what appears to be several LiDAR sensors.

Sightings of the vehicle were reported by The Kilowatts group on Twitter, who spotted the vehicle while it was testing at night. The vehicle appears to be identical to a Model Y that Tesla owner You You Xue spotted earlier in the day. Some EV owners commenting on The Kilowatts’ Twitter post also noted that they have spotted the same Model Y at the Daly City Supercharger last week.

While the nature of the mysterious Tesla Model Y remains unknown for now, speculations are high that the sophisticated equipment installed on the vehicle’s roof rack is being used by the electric car maker to validate its Full Self-Driving data. Part of these speculations is caused by the presence of what seems to be several Luminar Hydra LiDAR units in the Model Y’s imaging equipment.

As noted by Luminar on its official website, the Hydra is specifically designed for testing and development programs. The Kilowatts, in a message to Teslarati, speculated that the Hydra units might be utilized by Tesla for ground-truthing, which is invaluable for the development and rollout of the company’s Full Self-Driving suite.

This is not the first time that a Tesla with such equipment was sighted on public roads. Back in July, a Model S with a similar sensor suite and manufacturer plates was sighted driving around Palo Alto. Just like the recently-spotted Model Y, the Model S featured what appeared to be Luminar Hydra LiDAR units, on top of some extra cameras that were installed around the vehicle.

Tesla did not provide details about that sighting, though speculations were high then that the Model S’ contraption was being used to validate other sensors used in the company’s vehicles. Speculations among members of the EV community then also suggested that Tesla may be using the equipment-laden Model S to prepare for the development of imaging sensors for vehicles like the Cybertruck and Semi, both of which will likely require a sophisticated set of sensors for their advanced driver-assist systems.